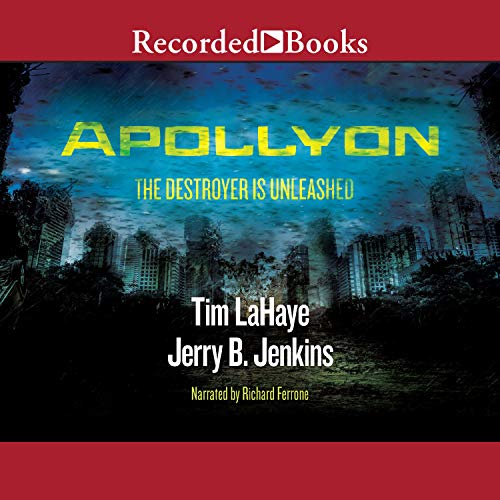 The Tribulation Force is gathering in Jerusalem, where thousands of the faithful are receiving crucial teachings from their leader. They must be prepared for the fourth Trumpet Judgement prophesied in Revelations. Soon, even the sun will be affected, and a plague of anguish will be released on earth. As the Tribulation Force continues its dramatic struggle against evil, Apollyon offers stunning apocalyptic visions. Richard Ferrone's riveting narration captures the suspense of the physical conflicts and the drama of the spiritual challenges. When Left Behind, the first book in LaHaye and Jenkins' inspirational saga, was published, it attracted millions of fans worldwide. Since then, each succeeding book has joined it on best seller lists. Apollyon, the fifth volume, is a thrilling continuation of the battle between the followers of Christ and the forces of Nicolae, the Antichrist.