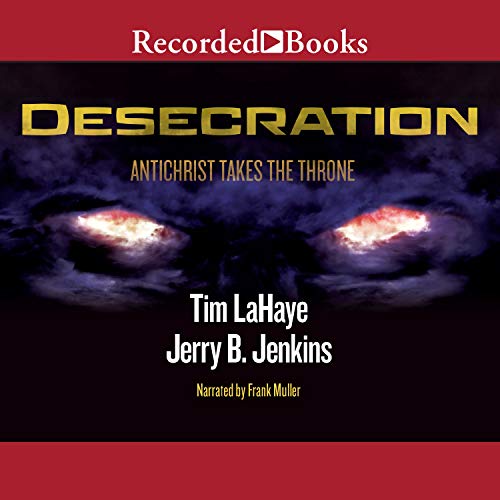 In the thrilling ninth book of the best-selling inspirational series of all time, the sweeping, apocalyptic saga of the end times on planet earth continues. Twenty-five days into the Great Tribulation, the horror and suffering in the world is intensifying. The Antichrist Nicolae Carpathia, now the complete embodiment of evil, is preparing to desecrate the holy temple in Jerusalem by entering and declaring himself god. While Carpathia's forces seek to destroy the Tribulation Force once and for all, the world teeters on the brink of the ultimate battle: Armageddon. But the Tribulation Force of believers has more than a few tricks up their collective sleeve. Skillfully mixing Biblical prophecy and current events, LaHaye and Jenkins pack their story full of action and adventure. Narrator Frank Muller's legendary voice heightens the growing tension of the end times on planet Earth. With over 40 million copies in print, the immensely popular Left Behind series by best-selling authors Tim LaHaye and Jerry B. Jenkins continues to fascinate and inspire new readers. Desecration is the highly anticipated continuation of this powerful saga.