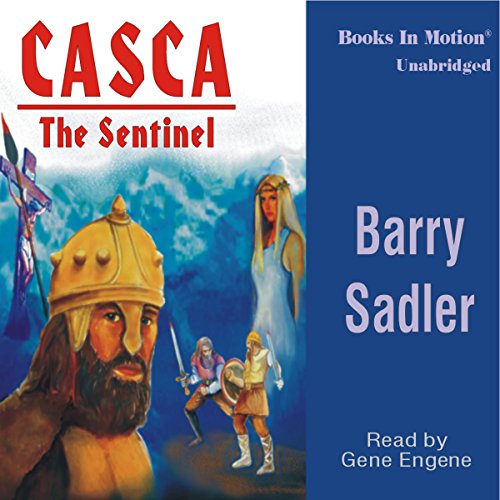 This is audiobook #9 in the Casca Series. Casca Longinus: Cursed by Christ on Golgotha. He is condemned to outlive the ages, wandering the globe as a constant soldier. He struggles on merely surviving, fighting, waiting for "Him" to return. Centuries later, awakened from frozen slumber by the touch of a beautiful young woman, Casca journeys from the Northern wasteland to the legendary Constantinople, and then on to the war-ravaged shores of North Africa. He must struggle with the agony of his eternal curse - all the while waging war against the razor sharp fanaticism of the bloodthirsty Brotherhood that hunts him.