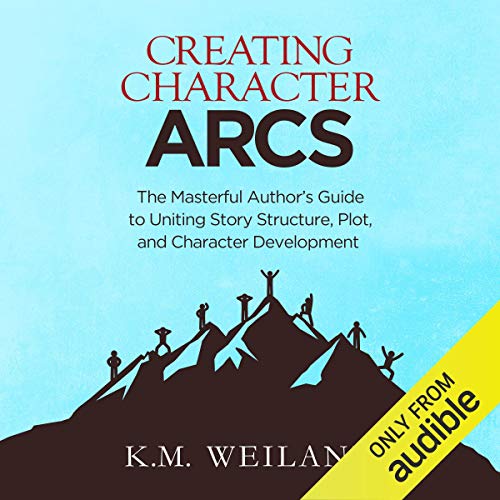 Powerful character arcs create powerful stories. Have you written a story with an exciting concept and interesting characters - but it just isn't grabbing the attention of readers or agents? It's time to look deeper into the story beats that create realistic and compelling character arcs. Internationally published, award-winning novelist K.M. Weiland shares her acclaimed method for achieving memorable and moving character arcs in every book you write. By applying the foundation of the three-act story structure and then delving even deeper into the psychology of realistic and dynamic human change, Weiland offers a beat-by-beat checklist of character arc guidelines that flexes to fit any type of story. This comprehensive book will teach you: How to determine which arc - positive, negative, or flat - is right for your character. Why you should never pit plot against character. Instead, learn how to blend story structure and character development. How to recognize and avoid the worst pitfalls of writing novels without character arcs. How to hack the secret to using overarching character arcs to create amazing trilogies and series. And much more! Gaining an understanding of how to write character arcs is a game-changing moment in any author's pursuit of the craft. Bring your characters to unforgettable and realistic life - and take your stories from good to great!