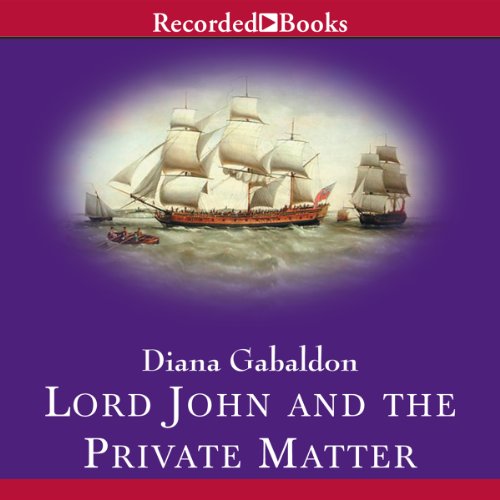 Lord John and the Private Matter

With more than 10 million copies in print worldwide, New York Times best-selling author Diana Gabaldon's Outlander series is a global phenomenon. Lord John and the Private Matter, starring one of the most popular Outlander characters, captures all the adventure and magic of the series while delivering a fresh tale that is utterly captivating. Lord John is in a difficult spot. His cousin Olivia is engaged to marry the Honorable Joseph Trevelyan, but he has just observed something of a rather personal nature that, if confirmed, might put an end to any talk of marital bliss. Determined to investigate further, Lord John is distracted when the Crown calls for his services. A comrade in arms has been slain, and to complicate matters, the victim may have been a traitor. Now Lord John has not one, but two puzzling mysteries to solve.