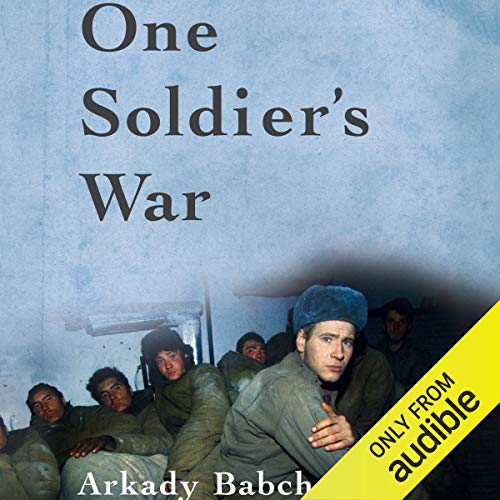 One Soldier's War is a visceral and unflinching memoir of a young Russian soldier's experience in the Chechen wars that brilliantly captures the fear, drudgery, chaos, and brutality of modern combat. An excerpt of the book was hailed by Tibor Fisher in the Guardian as right up there with Catch-22 and Michael Herr's Dispatches, and the book won Russia's inaugural Debut Prize, which recognizes authors who write despite, not because of, their life circumstances. In 1995 Arkady Babchenko was an 18-year-old law student in Moscow when he was drafted into the Russian army and sent to Chechnya. It was the beginning of a torturous journey from naÃ¯ve conscript to hardened soldier that took Babchenko from the front lines of the first Chechen War in 1995 to the second in 1999. He fought in major cities and tiny hamlets, from the bombed-out streets of Grozny to anonymous mountain villages. Babchenko takes the raw and mundane realities of war - the constant cold, hunger, exhaustion, filth, and terror - and twists them into compelling, haunting, and eerily elegant prose. Acclaimed by reviewers around the world, this is a devastating first-person account of war by an extraordinary storyteller.