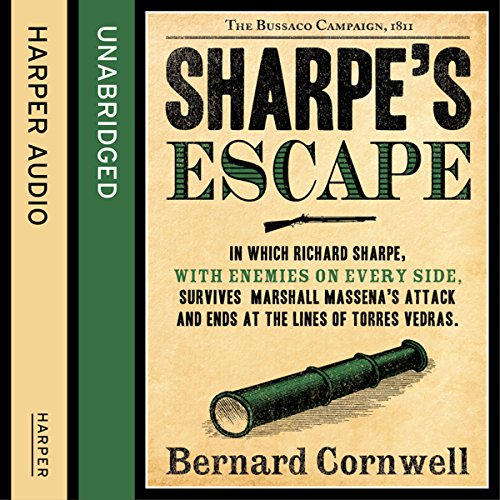 Richard Sharpe, with enemies on every side, survives Marshall Massena's attack and ends at the lines of Torres Vedras.Sharpe's job as Captain of the Light Company is under threat and he has made a new enemy, a Portuguese criminal known as Ferragus. Discarded by his regiment, Sharpe wages a private war against Ferragus - a war fought through the burning, pillaged streets of Coimbra, Portugal's ancient university city. Sharpe's Escape begins on the great, gaunt ridge of Bussaco where a joint British and Portuguese army meets the overwhelming strength of Marshall Massena's crack troops. It finishes at Torres Vedras where the French hopes of occupying Portugal quickly die.Soldier, hero, rogue - Sharpe is the man you always want on your side. Born in poverty, he joined the army to escape jail and climbed the ranks by sheer brutal courage. He knows no other family than the regiment of the 95th Rifles whose green jacket he proudly wears. Please Note: The historical note is NOT included in this audiobook. 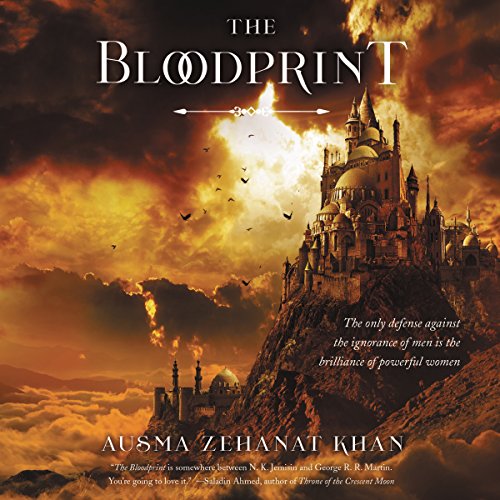 The author of the acclaimed mystery The Unquiet Dead delivers her first fantasy novel - the opening installment in a thrilling quartet - a tale of religion, oppression, and political intrigue that radiates with heroism, wonder, and hope. A dark power called the Talisman has risen in the land, born of ignorance and persecution. Led by a man known only known as the One-Eyed Preacher, it is a cruel and terrifying movement bent on world domination - a superstitious patriarchy that suppresses knowledge and subjugates women. And it is growing. But there are those who fight the Talisman's spread, including the Companions of Hira, a diverse group of influential women whose power derives from the Claim - the magic inherent in the words of a sacred scripture. Foremost among them is Arian and her apprentice, Sinnia, skilled warriors who are knowledgeable in the Claim. This daring pair has long stalked Talisman slave-chains, searching for clues and weapons to help them battle their enemy's oppressive ways. Now, they may have discovered a miraculous symbol of hope that can destroy the One-Eyed Preacher and his fervid followers: The Bloodprint, a dangerous text the Talisman has tried to erase from the world. Finding a copy of The Bloodprint promises to be their most dangerous undertaking yet, an arduous journey that will lead them deep into Talisman territory. Though they will be helped by allies - a loyal ex-slave and Arian's former confidante and sword master - both Arian and Sinnia know that this mission may well be their last. 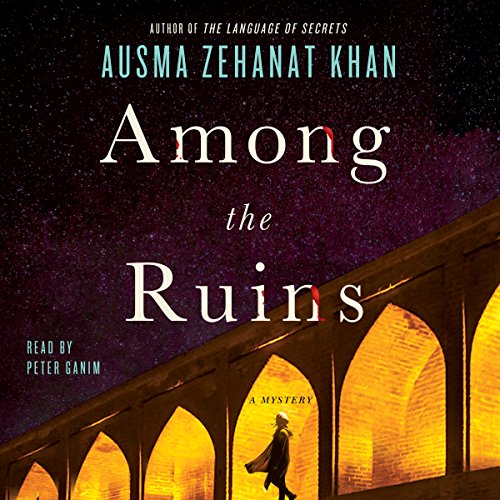 From Ausma Zehanat Khan, the critically acclaimed author of The Unquiet Dead and The Language of Secrets, comes Among the Ruins, another powerful audiobook exploring the interplay of politics and religion and the intensely personal ripple effects of one woman's murder. On leave from Canada's Community Policing department, Esa Khattak is traveling in Iran, reconnecting with his cultural heritage and seeking peace in the country's beautiful mosques and gardens. But Khattak's supposed break from work is cut short when he's approached by a Canadian government agent in Iran, asking him to look into the death of renowned Canadian-Iranian filmmaker Zahra Sobhani. Zahra was murdered at Iran's notorious Evin prison, where she'd been seeking the release of a well-known political prisoner. Khattak quickly finds himself embroiled in Iran's tumultuous politics and under surveillance by the regime, but when the trail leads back to Zahra's family in Canada, Khattak calls on his partner, detective Rachel Getty, for help. Rachel uncovers a conspiracy linked to the Shah of Iran and the decades-old murders of a group of Iran's most famous dissidents. Historic letters, a connection to the Royal Ontario Museum, and a smuggling operation on the Caspian Sea are just some of the threads Rachel and Khattak begin unraveling while the list of suspects stretches from Tehran to Toronto. But as Khattak gets caught up in the fate of Iran's political prisoners, Rachel sees through to the heart of the matter: Zahra's murder may not have been a political crime at all. 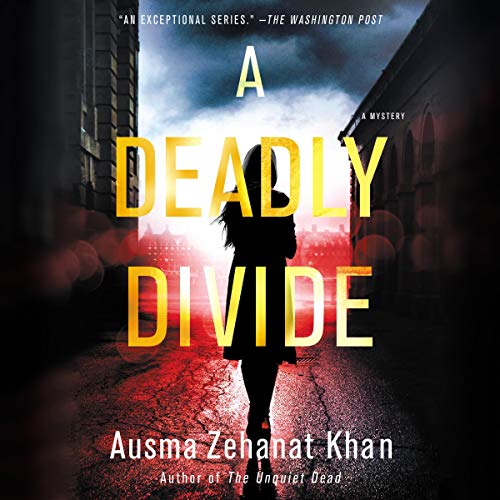 From the critically acclaimed author Ausma Zehanat Khan, A Deadly Divide is the devastatingly powerful new thriller featuring beloved series Detectives Esa Khattak and Rachel Getty. In the aftermath of a mass shooting at a mosque in Quebec, the local police apprehend Amadou Duchon - a young Muslim man at the scene helping the wounded - but release Etienne Roy, the local priest who was found with a weapon in his hands.Â Â Â Â  The shooting looks like a hate crime, but Detectives Esa Khattak and Rachel Getty sense there is more to the story. Sent to liaise with a community in the grip of fear, they find themselves in fraught new territory, fueled by the panic and suspicion exploited by a right-wing radio host.Â Â  As Rachel and Esa grapple to stop tensions shutting the case down entirely, all the time, someone is pointing Esa in another direction, a shadowy presence who anticipates his every move.Â Â  A Deadly Divide is a piercingly observed, gripping thriller that reveals the fractures that try to tear us all apart: from the once-tight partnership between Detectives Esa and Rachel to the truth about a deeply divided nation.Â  Library Journal Best Books of the Year - 2019 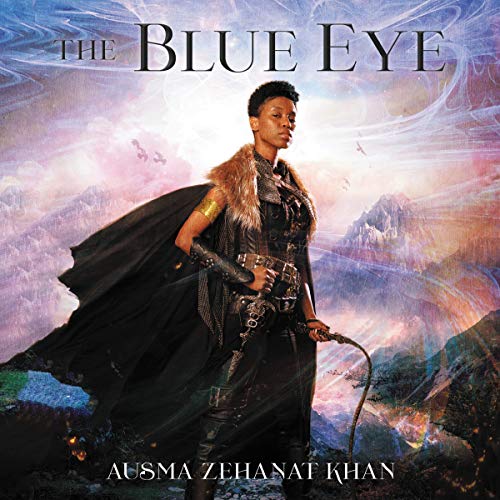 A band of powerful warrior women continues its resistance against an oppressive dark regime in this penultimate installment in the Khorasan Archives fantasy quartet - a series that lies "somewhere between N. K. Jemisin and George R. R. Martin" (Saladin Ahmed). The Companions of Hira have used their cunning and their magic in the battle against the patriarchal Talisman, an organization whose virulently conservative agenda restricts free thought. One of the most accomplished Companions, Arian, continues to lead a disparate group in pursuit of the one artifact that could end the Talismanâs authoritarian rule: the Bloodprint. But after a vicious battle, the arcane tome has slipped once more beyond her reach. Despite being separated and nearly losing their lives, Arianâs band of allies has remained united. Yet now, the group seems to be fracturing. To continue the fight, Arian must make a dangerous journey to a distant city to recruit new allies. But instead of her trusted friends, she is accompanied by associates she may no longer be able to trust. Building on the brilliance of The Bloodprint and The Black Khan, this third volume in the Khorasan Archive series ratchets up the danger, taking the conflict to a darker, deadlier place, and setting the stage for the thrilling conclusion to this acclaimed #ownvoices fantasy. 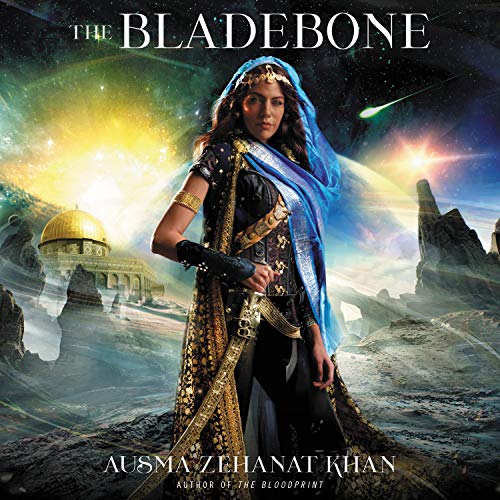 A powerful band of women warriors must face off against an oppressive enemy in one final showdown that will determine their survival and the fate of their world in this concluding volume in Ausma Zehanat Khan's powerful fantasy series - an epic of magic, bravery, adventure, and the fight for freedom that lies "somewhere between N. K. Jemisin and George R. R. Martin" (Saladin Ahmed). Armed with the powerful sorcery of the Bloodprint and supported by the Talisman, the oppressive One-Eyed Preacher is on the verge of conquering Ashfall, the Black Khanâs capital in the west. Yet not all is lost for Arian, Sinnia, and the Council of Hira. If these brave female warriors can uncover the secrets of an ancient magic weapon known as the Bladebone, they can defeat the Preacher and crush his cruel regime. Neither Arian and Sinnia, nor their allies, the Mages of Khorasan, know the Bladeboneâs whereabouts, and not all may survive the search to uncover it. Pursued by a nefarious enemy aligned with the Preacher, they become separated, each following a different path. Then, in their darkest hour, unexpected help appears. But is the Khanum of Black Aura a friend or foe? Arian may discover the answer too late. When the secret of the Bladebone is finally revealed, the knowledge comes at a devastating price for Arian. As the capital falls, only Hira, home of the Companions, stands in the way of the Preacherâs victory. While the Companions rise to defend their Citadel from enemies outside and within, Arian must face off in a cataclysmic battle with the Preacher that pits the powers of the Bloodprint against the Sana Codex.Â For those who survive, Khorasan will never be the same.Â 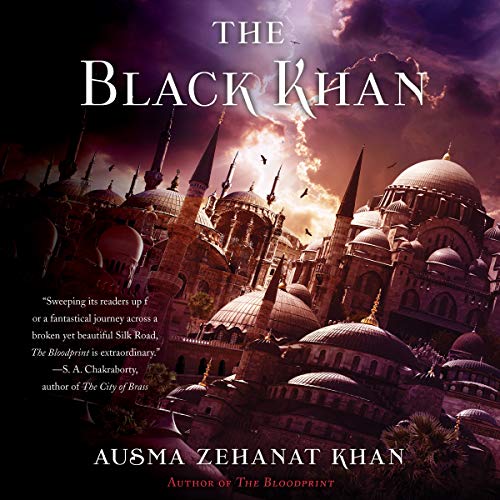 The second novel in Ausma Zehanat Khanâs powerful epic fantasy quartet, a series that lies "somewhere between N. K. Jemisin and George R. R. Martin" (Saladin Ahmed), in which a powerful band of women must use their magic to defeat an oppressive dark regime. To fight against the cruel and superstitious patriarchy known as the Talisman, members of the resistance group known as the Companions of Hira have risked their lives in a failed attempt to procure the Bloodprint - a dangerous text that may hold the secret to overthrowing the terrifying regime. Now, with their plans in ashes, the Companions of Hira have scattered, and the lives of two brave women at the center of the plot - Arian and Sinnia - face unprecedented danger. Yet a spark of hope flickers in the darkness - the Bloodprint has survived. It is hidden in Ashfall, the seat of Rukh, the Black Khan, whose court is ruled by intrigue and conspiracy. Treacherous enemies ruthlessly maneuver for power behind the throne, including the autocratic Grand Vizier; the deadly and secretive Assassin; the Khanâs deposed half-brother; and the commander of Ashfallâs army, who is also Rukhâs oldest friend. The Companions of Hira must somehow reunite, break through Talisman lines, and infiltrate Ashfall. A master of treachery himself, the Black Khan joins forces with these powerful women to manipulate them for his own ends. But as Ashfall comes under siege, he is forced to make a deadly calculation.... one that could cause irrevocable damage to the Companions and their fight for freedom. 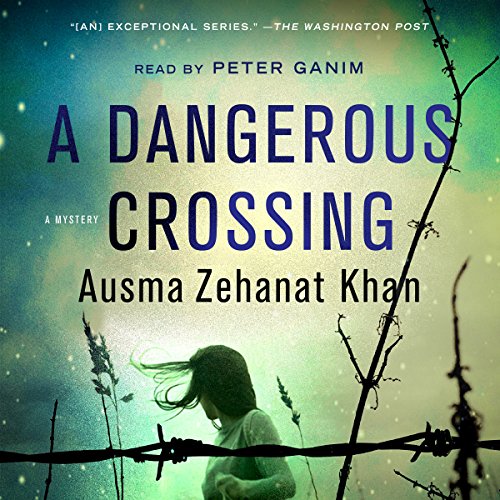 From the critically acclaimed author of The Unquiet Dead comes a devastatingly powerful new thriller audiobook that will stay with listeners long after the final track. A Dangerous Crossing by Ausma Zehanat Khan is haunting, disturbing, and thoroughly captivating. For Inspector Esa Khattak and Sergeant Rachel Getty, the Syrian refugee crisis is about to become personal. Esa's childhood friend, Nathan Clare, calls him in distress: his sister, Audrey, has vanished from a Greek island where the siblings run an NGO. Audrey had been working to fast-track refugees to Canada, but now, she is implicated in the double-murder of a French Interpol agent and a young man who had fled the devastation in Syria. Esa and Rachel arrive in Greece to a shocking scene, witnessing for themselves the massive fallout of the Syrian war in the wretched refugee camps. Tracing Audrey's last movements, they meet some of the volunteers and refugees - one of whom, Ali, is involved in a search of his own, for a girl whose disappearance may be connected to their investigation. The arrival of Sehr Ghilzai - a former prosecutor who now handles refugee claims for Audrey's NGO - further complicates the matter for Esa, as his feelings towards her remain unresolved. Working against time, with Interpol at their heels, Esa and Rachel follow a trail that takes them from the beaches of Greece, to the Turkish - Syrian border, and across Europe, reaching even the corridors of power in the Netherlands. Had Audrey been on the edge of a dangerous discovery, hidden at the heart of this darkest of crises - one which ultimately put a target on her own back?