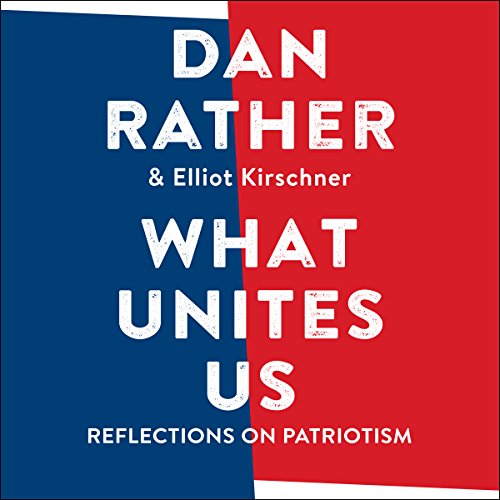 In a collection of original essays, the venerated television journalist, Dan Rather, celebrates our shared values and what matters most in our great country, and shows us what patriotism looks like. Writing about the institutions that sustain us, such as public libraries, public schools, and national parks; the values that have transformed us, such as the struggle for civil rights; and the drive toward science and innovation that has made the United States great, Rather brings to bear his decades of experience on the frontlines of the world's biggest stories, and offers listeners a way forward. After a career spent as reporter and anchor for CBS News, where he interviewed every living president since Eisenhower and was on the ground for every major event, from the assassination of John F. Kennedy to Watergate to 9/11, Rather has also become a hugely popular voice of reason on social media, with nearly two million Facebook followers and an engaged new audience who help to make many of his posts go viral. With his famously plainspoken voice and a fundamental sense of hope, Rather has written the book to inspire conversation and listening, and to remind us all how we are ultimately united.

©2017 Dan Rather and Elliot Kirschner (P)2017 HighBridge, a division of Recorded Books 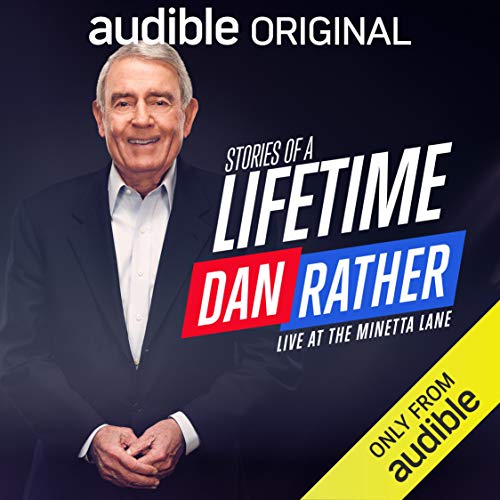 Dan Rather: Stories of a Lifetime

Tales from the front lines of 60 years of television.   Emmy Award winner and former CBS News anchor Dan Rather brings his unforgettable staged performance, Stories of a Lifetime, to the Minetta Lane Theatre, where it will be recorded live for Audible Theater. In this deeply personal show, the legendary Peabody Award-winning journalist takes audiences through the most pivotal moments of his life, from surviving a debilitating illness as a child in Depression-era Texas to covering monumental moments in American history such as the Civil Rights movement, the assassination of JFK, and Watergate. An intimate evening of candid commentary, memories, and laughter, Stories of a Lifetime is a celebration of the power of a free press and reminder of why its more important now than ever. 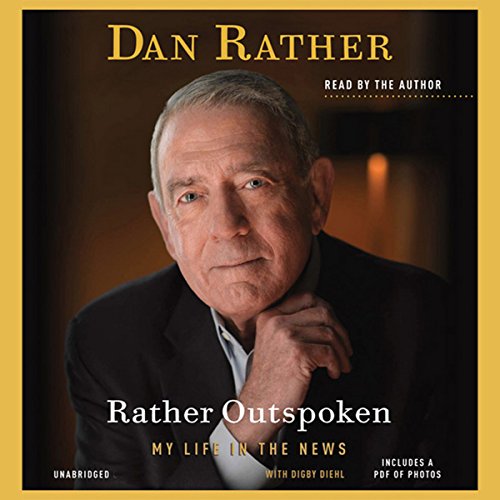 This memoir by Dan Rather - one of the most pre-eminent journalists of our time - is told in a straightforward and conversational manner. Rather, - who has won every prestigious journalism award in his distinguished career - discusses all the big stories from his decades of reporting. This very personal accounting includes (but is certainly not limited to) his dismissal from CBS, the Abu Ghraib story, the George W. Bush Air National Guard controversy, his coverage of the JFK assassination, the origin of "Hurricane Dan", as well as inside stories about all the top personalities Dan has either interviewed or worked with over his remarkable career. Also included are Dan's thoughts and reflections on the state of journalism today and what he sees for its future, as well as never-before-revealed personal observations and commentary. 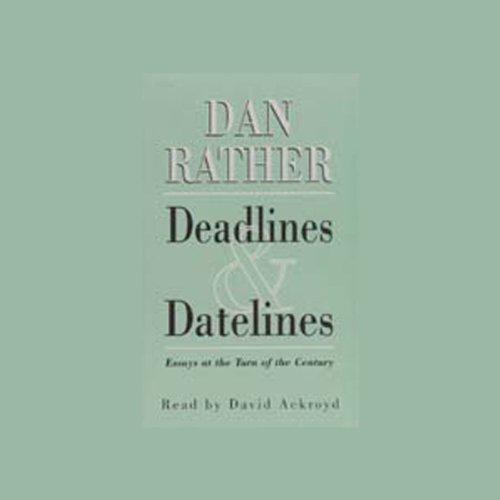 With his distinctive blend of frontline determination and a journalist's knack for a good story, CBS anchorman Dan Rather looks at the awesome struggles and everyday accomplishments he's witnessed at home and around the globe. Ranging from the Iraq conflict to poverty in China, from tragedies like the Oklahoma City bombing to triumphs in courage, Deadlines and Datelines offers a unique chance to share the insights of one of America's premier newsmen. Though not without its lighter moments, Rather's essays offer a wide range of thought-provoking observations and show yet again the skill and intelligence that have made him an important part of our world for more than four decades.