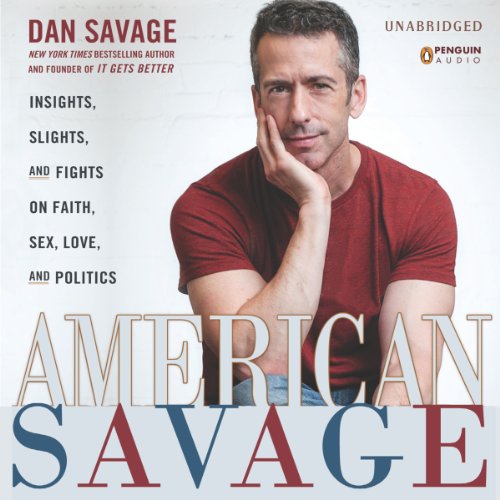 On the heels of his Emmy-winning It Gets Better campaign, columnist and provocateur Dan Savage weighs in on such diverse issues as healthcare, gun control, and marriage equality with characteristic straight talk and humor. Dan Savage has always had a loyal audience, thanks to his syndicated sex-advice column Savage Love but since the incredible global success of his It Gets Better project - his book of the same name was a New York Times best seller - his profile has skyrocketed. In addition, he's written for The New York Times, Rolling Stone, The Onion, GQ, The Guardian, Salon.com, and countless other widely read publications. Savage is recognized as someone whose opinions about our culture, politics, and society should not only be listened to but taken seriously. Now, in American Savage, he writes on topics ranging from marriage, parenting, and the gay agenda to the Catholic Church, sex education, and the obesity epidemic. 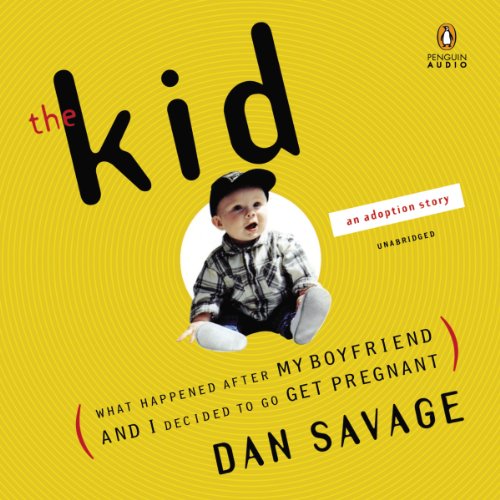 The syndicated sex-advice columnist of "Savage Love" tells a no-holds-barred story of an ordinary American couple who want to have a baby, except that in this case, the couple happens to be Savage and his boyfriend. 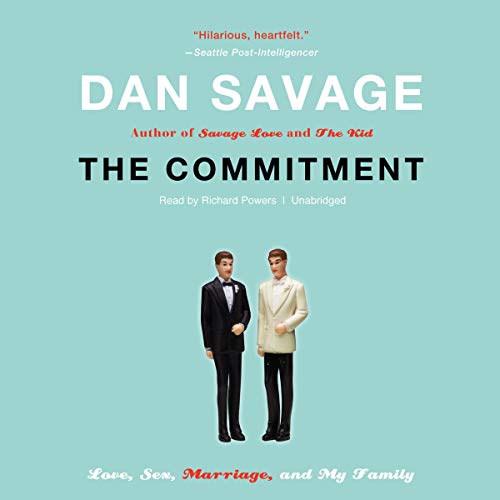 In a time when much of the country sees red whenever the subject of gay marriage comes up, Dan Savage - outspoken author of the column Savage Love - makes it personal. Dan Savages mother wants him to get married. His boyfriend, Terry, says no thanks because he doesnt want to act like a straight person. Their 6-year-old son, D.J., says his two dads arent allowed to get married but that hed like to come to the reception and eat cake.  Throw into the mix Dans straight siblings, whose varied choices form a microcosm of how Americans are approaching marriage these days, and you get a rollicking family memoir that will have everyone - gay or straight, right or left, single or married - howling with laughter and rethinking their notions of marriage and all it entails. 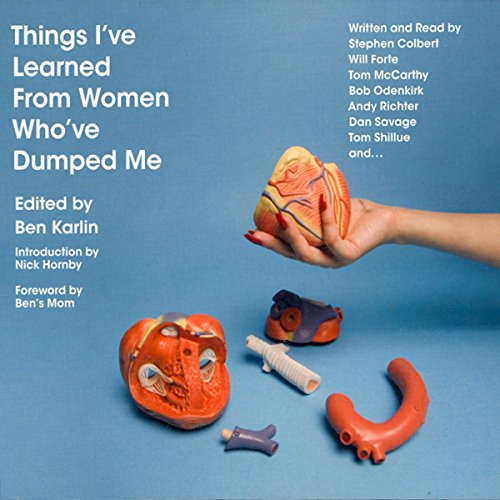 The Emmy award-winning former executive producer of The Daily Show and The Colbert Report has assembled a stellar lineup of men who have one thing in common: all have been dumped...and are willing to share their pain and the lessons learned.   Relationships end. And in almost all of them, even the most callow among us take something away. This is a book about that something, whether it be major life lessons, like "If you lie, you will get caught," simple truths like, "Flowers work," or something wholly unique like, "Watch out for the high strung brother in the military." This anthology will be comprised of longer and shorter pieces, drawn from an array of impressive celebrities, writers and public figures. Some pieces may be a paragraph in length while others will be full-blown essays. All of them will be about that salient something men take away from a failed relationship. Yes, men learn.  This is not a touchy-feely book. This is not a self-help book. This is a book packed with smart, funny and insightful stories from men you probably thought never got dumped, or if they did, would never admit it. 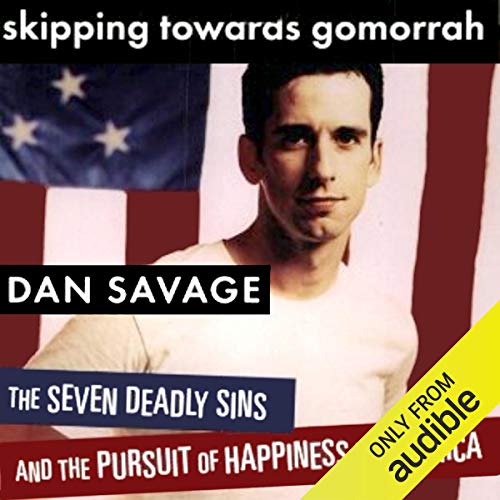 In Skipping Towards Gomorrah, Dan Savage eviscerates the right-wing conservatives as he commits each of the Seven Deadly Sins himself (or tries to) and finds those everyday Americans who take particular delight in their sinful pursuits. Among them: Greed: Gamblers reveal secrets behind outrageous fortune. Lust: "We're swingers!" - you won't believe who's doing it. Anger: Texans shoot off some rounds and then listen to Dan fire off on his own about guns, gun control, and the Second Amendment. Combine a unique history of the Seven Deadly Sins, a new interpretation of the biblical stories of Sodom and Gomorrah, and enough Bill Bennett, Robert Bork, Pat Buchanan, Dr. Laura, and Bill O'Reilly bashing to more than make up for their incessant carping, and you've got the most provocative audiobook of the fall. 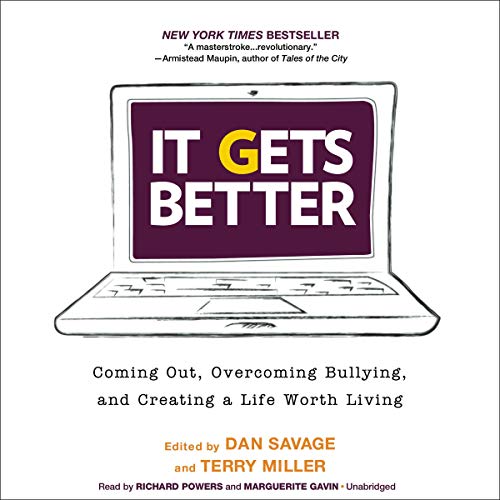 Every story can change a life. Growing up isnt easy. Many young people face daily tormenting and bullying, making them feel like they have nowhere to turn. This is especially true for LGBT kids and teens who often hide their sexuality for fear of being bullied. Without other openly gay adults and mentors in their lives, they cant imagine what their future may hold. In many instances, gay and lesbian adolescents are taunted - even tortured - simply for being themselves. After a number of tragic suicides by LGBT students who were bullied in school, syndicated columnist and author Dan Savage uploaded a video to YouTube with his partner, Terry Miller, to inspire hope for LGBT youth facing harassment. Speaking openly about the bullying they suffered as teenagers and how they both went on to lead rewarding adult lives, they launched the It Gets Better Project YouTube channel and initiated a worldwide phenomenon. With over 6,000 videos posted and over 20 million views in the first three months alone, the world has embraced the opportunity to provide personal, honest, and heartfelt support for LGBT youth everywhere. It Gets Better is a collection of expanded essays and new material from celebrities, everyday people, and teens who have posted videos of encouragement, as well as new contributors who have yet to post videos to the site. While many of these teens couldnt see a positive future for themselves, others can. We can show LGBT youth the levels of happiness, potential, and positivity their lives will reach if they can just get through their teen years. By sharing these stories, It Gets Better reminds teenagers in the LGBT community that they are not alone - and it WILL get better. 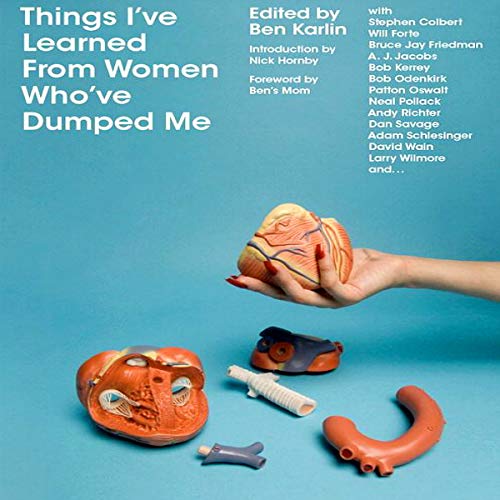 I Am a Gay Man

An essay from Things I've Learned From the Women Who've Dumped Me.