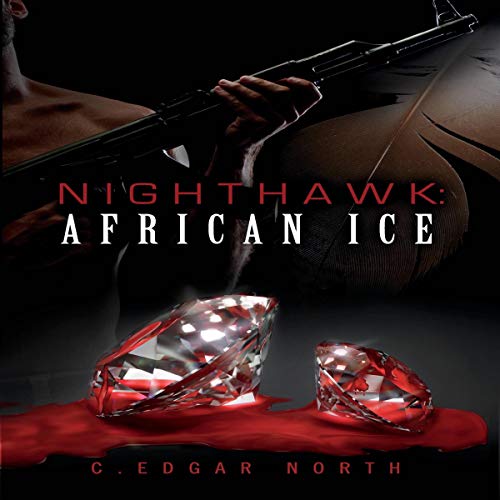 Nighthawk: African Ice is a sequel to Nighthawk Crossing. It ends in the old-fashioned "to be continued" format.                Wanted by the FBI for murder and smuggling, Joseph Branson, chief of the Midlake Indian tribe and a former Navy SEAL, flees with his wife Hazel to the Maldives in the Indian Ocean where he is a business partner with Igor Romanoff, one of the world's biggest arms merchants. All this is carefully watched by the CIA. Joseph and Igor begin trading weapons for raw diamonds sourced from conflict zones in Africa. Joseph sets up a system to cut and polish raw diamonds and profit from the added value. In the process, they wind up dealing with African Jihadists establishing the Central African caliphate, threatening to engage much of Northern and Central Africa in genocide. Selling the cut high grade diamonds takes Joseph to Colombian cocaine processors who trade immobile US dollars for more mobile diamonds. In the meantime, Hazel returns to the Midlake Indian tribe and runs for chief to replace Joseph. She is opposed. Her life is threatened, and she kills.