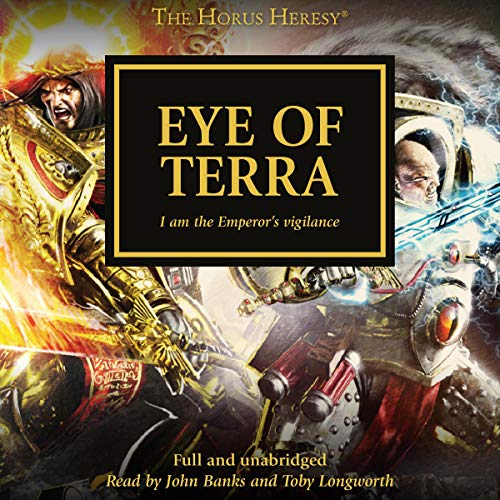 The galaxy burns at Horus' command, and a billion more lives are lost with each passing moment - though it was not always so. Once, the title of Warmaster stood for honour, loyalty and a fierce pride in the strength of the Space Marine Legions. But perhaps by following the myriad lines of destiny and defiance that were already woven around the primarchs and their sons, we may yet come to understand the bitterness that can eat away at even the most steadfast of souls.... Full list of authors includes Nick Kyme, Chris Wraight, Rob Sanders, Andy Smillie and Matthew Farrer. 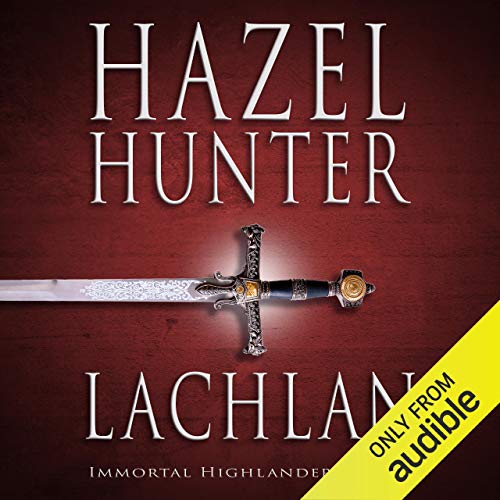 When Kinley Chandler abruptly lands in medieval Scotland, there isnt much shes leaving behind. With her body shattered and her military career over, Kinley has resigned herself to death. But in the past, all that changes. Lachlan McDonnel, the laird of a clan of immortal highlanders, can hardly believe his good fortune. Not only does the mysterious lass save his life, she awakens his heart in a way hed thought no longer possible. But the druid spells that allow Lachlans clan to live forever have a dark side as well. He and his men know all too well that the magic folk never give without taking. Though he is sworn to protect them from the dreaded undead, the price of his loyalty may finally be too high. Lachlan is the first audiobook in the Immortal Highlander series. If you love brawny heroes, a mystical world, and a heroine with courage, then youll love this sizzling series. Join the romantic realm of the Immortal Highlanders by picking up this audiobook today. Mature readers comfortable with dark themes only please. 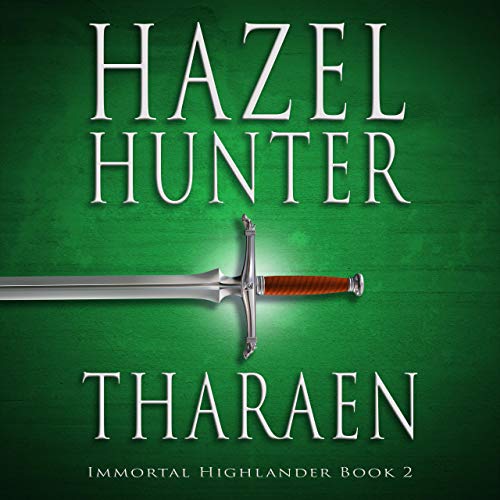 A detective on a personal mission won't stop - even when she falls into the arms of a gorgeous medieval highlander. Lieutenant Diana Burke will not give up. Though her missing person case had gone stone cold, something about the disappearance of Kinley Chandler doesn't make sense. But the last place the detective expects to find her is the highlands of medieval Scotland. Bodyguard Tharaen Aber needs another security complication like he needs the plague. But the ingenious lass he catches sneaking around Dun Aran castle couldn't be more opposite. As skilled a tracker as he's ever seen, she lends her aid at every opportunity. Unfortunately for the giant highlander, the complications she brings to his heart aren't nearly as easily solved. But not all eyes see Diana for the good she brings. In fact, the druids demand that she leave and are determined to make it happen. 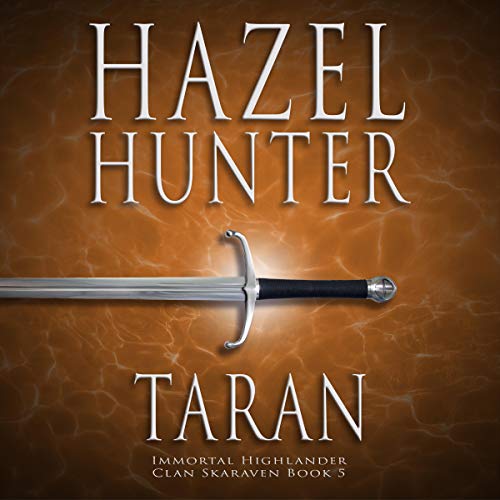 What if your entire life had been a lie? When Rowan Thomas was dragged into 14th century Scotland, she knew her old life was gone. But the more she learns of her druid nature, the more she questions what she knew - about her sister, herself, and her all-consuming attraction to Taran Skaraven. The Skaraven Horse Master has always been a man of few words. He sees to the care and well-being of the clans mounts, sensing their needs before they do. But his link with Rowan goes beyond anything hes ever known. Since their first moment together, they have connected so fiercely that he begins to question his judgment and their uncontrollable need to be together. As the mad druids and their new accomplice lay final plans for the clans end, Taran comes to a stunning realization while Rowan forms a dangerous alliance of her own. 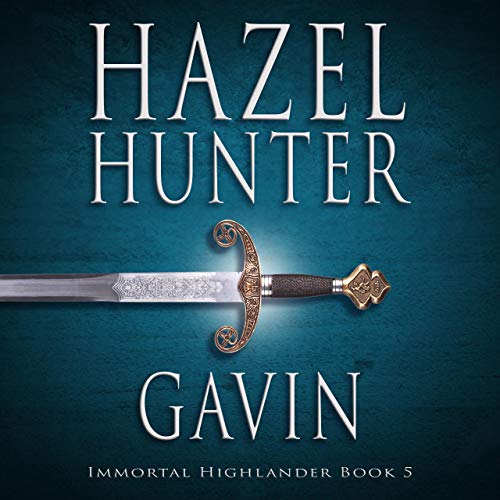 Though his body is healed, a modern-day vet in medieval Scotland must find a way to mend his heart. Though Gavin McShane is happy for his sister and her new life, his own has foundered. As he tries to recover from his lovers betrayal, he finds solace in the work of being a fisherman in the Orkneys. On his tiny island he finds relief in seclusion - until he meets the ghostly Blue Lady of Marr.  Young druidess Catriona Haral is no phantom. But her hidden existence has made her seem so, even to herself. When Gavin wanders into her secret glen, she wonders if shes found a reason to want to live again.  But Catriona wasnt hiding on a whim. When her reasons are revealed, the might of the McDonnel clan and the judgement of the druids land at her doorstep. 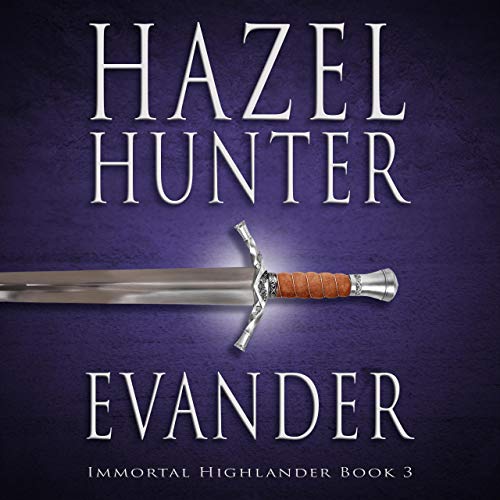 Two lost souls forge something beautiful from something broken. Rachel Ingram is living the dream. Heiress to billions, shes engaged to the perfect man. But with the sudden death of her parents, her world begins to crumble. When she discovers her new husbands true nature, her life implodes. Evander Talorc is living a nightmare. Traitor to his clan of immortal highlanders, he lives alone in a remote cottage. But it was not always that way. Once, he had given up everything for the sake of his mortal lover. Then she died of the plague. But when he visits her grave at the center of the sacred grove, he encounters the unbelievable. Abandoned and forgotten, Rachel and Evander find each other. But the rest of the world will not let them be. 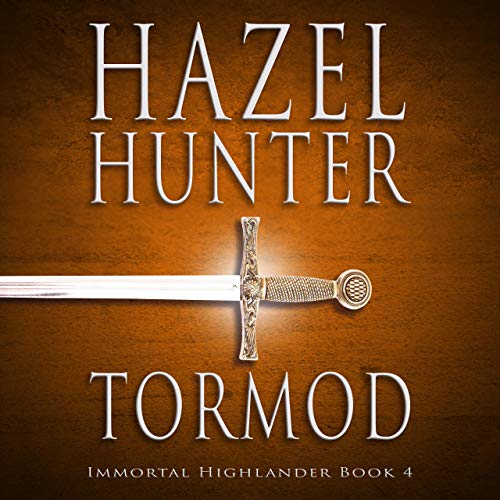 When a modern-day archaeologist lands in medieval Scotland, she leaves behind the one thing that might truly help: her memory.  But Jema McShane doesnt make the trip alone. Her twin brother Gavin falls through time with her. Separated immediately, Gavin must fend for himself. But Jema lands in the powerful arms of the only Viking member of the McDonnel clan, Tormod.  The giant Norseman can scarcely believe how the fates have favored him. His only desire is to protect the strange and beautiful woman, even if it means keeping her existence a secret.  But for Gavin, the fates have a different path in store. His world becomes one of darkness the likes of which he has never known. 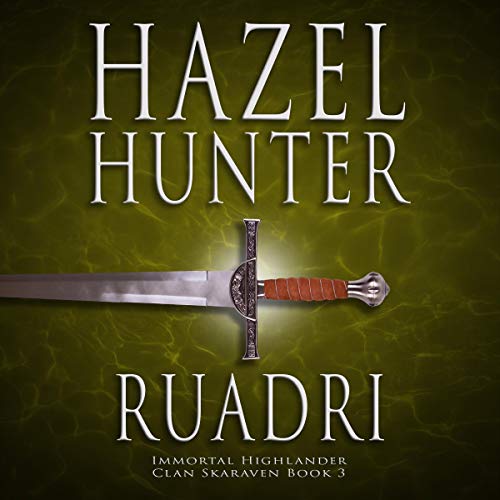 Among a band of brothers, nothing is so despised as a spy. Ruadri Skaraven lives two lives. In one, he serves as the healer of his clan, trusted like no other with their well-being. But in the other, he serves the enigmatic druids because, secretly, he is also druid-kind. Though hes lived with the shame for years, it is only when another healer sees into his heart that his two lives collide. Emeline McAra doesnt know who she is anymore. Though, at first, she tenderly nursed her fellow captives, a new violent anger grows deep in her soul. Nor can she escape her overwhelming desire for the clans enormous shaman. It baffles her because the one thing she has always known is that no man would ever truly want her. But while the two healers struggle to find their way, the McAra clan lays claim to her, and Ruadris chieftain must turn her over or risk war. 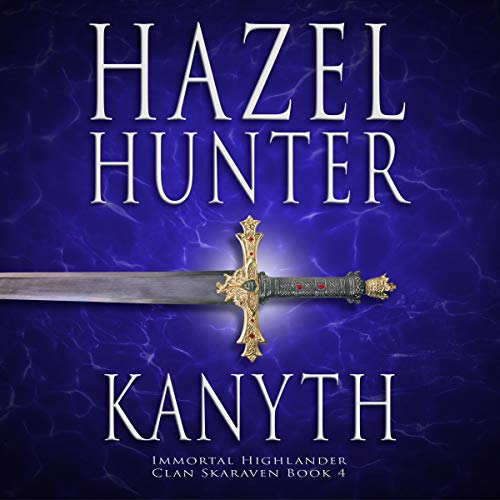 Can a druidess with the power of visions be blind to love? Weapons Master Kanyth Skaraven has always found favor with the ladies, until he meets Perrin Thomas. Though the fairy-like druid descendant seemed fated for him, he finds himself torn in two directions. His unique power with the forge is something he must keep under tight control - a control that slips when Perrin is near. Dancer Perrin Thomas cant find her purpose in medieval Scotland. While her fellow women from the future work to aid the highlanders, Perrins visions have vanished. Without her gift she struggles to help and is at a complete loss when it comes to the gorgeous Weapons Master. Its obvious that he can barely stand to be near her despite her inexplicable longing for him. But as the deadly attacks of the mad druids and their giants escalate to a fever pitch, Perrin and Kanyth must master their deepest fears as well as their desires. 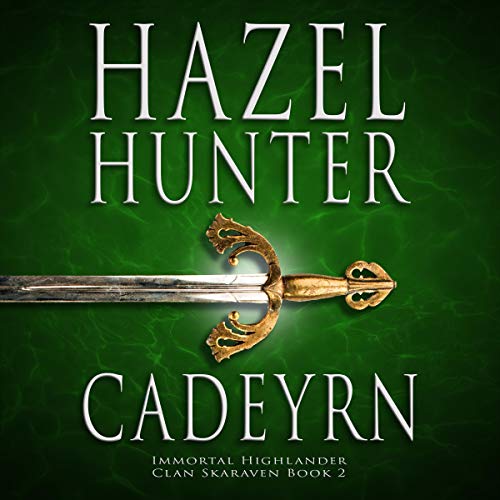 A woman from the present day will do anything to escape the ordeal of medieval Scotland. But will she betray the man she loves? Lily Stover can no longer cope. Nothing in her previous life as a chef could have prepared her for her grim new reality. Starvation, beatings, and daily terror are her routines. The only flicker of hope is the memory of the massive warrior who once fought to free her. She can still see his golden eyes glaring into hers. War Master Cadeyrn can no longer sleep. His dreams are haunted by the lovely lass whose face silently pleads to him for help. His patrols range further and further, driven by that vision. But when he finally finds her stumbling through the forest, he embraces a future that is not what it seems. 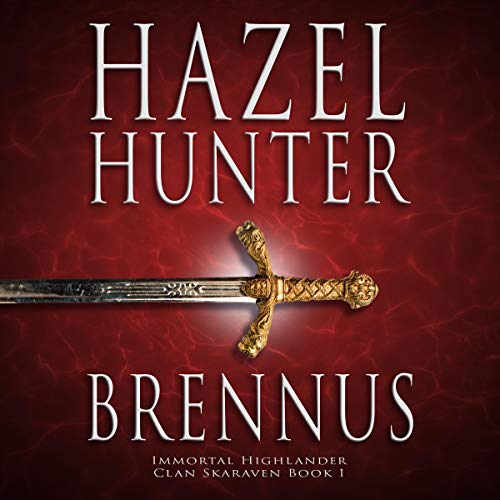 An ancient highlander whos never been allowed to love. A modern woman who keeps men at arms length. Can their passion overcome their pasts? Althea Jardens botanical fieldwork keeps her happily busy, but it has kept her from relationships as well - by design. Because deep passions can overwhelm her, she concluded long ago that a conventional life was not for her. Shes learned to depend on herself. But all the self-reliance in the world cant prepare her for being taken to ancient Scotland and what she finds there. Chieftain Brennus Skaraven would like nothing better than to remain dead, his legendary clan buried and forgotten. Anything would be preferable to suffering the manipulations of the druids. But when a strange lass comes crashing into his life, he discovers more than a reason to live. He finds the one thing that had always been denied to him and his kind - love. Brennus is the first book in the Immortal Highlander Clan Skaraven series. If you love hard-bodied heroes, a mythic world, and a brave heroine, then youll love this sizzling series. Join the romantic realm of the Immortal Highlanders bygetting this today. Mature readers comfortable with dark themes only please.