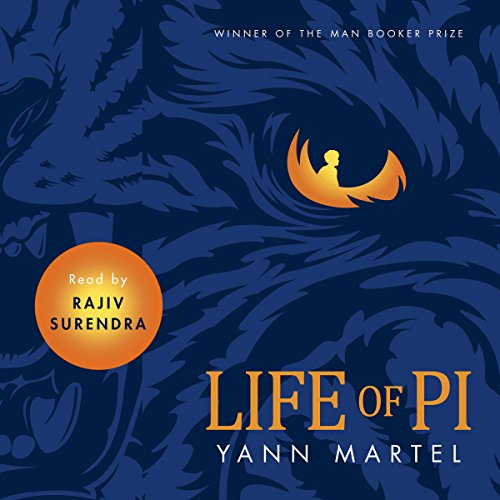 Winner of the Man Booker Prize

One boy. One boat. One tiger. Â

After the tragic sinking of a cargo ship, a solitary lifeboat remains bobbing on the wild, blue Pacific. The only survivors from the wreck are a 16-year-old boy named Pi, a hyena, a zebra (with a broken leg), a female orangutan - and a 450-pound Royal Bengal tiger. The scene is set for one of the most extraordinary and beloved works of fiction in recent years.Â 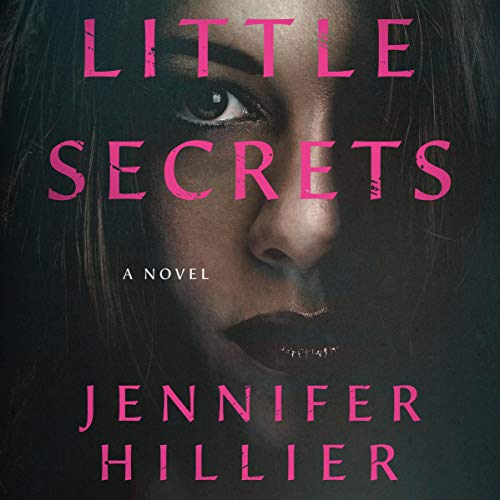 Overwhelmed by tragedy, a woman desperately tries to save her marriage in award-winning author Jennifer Hillier's Little Secrets, a riveting novel of psychological suspense. "Suspenseful and compelling - Hillier is a masterful storyteller." (Chevy Stevens) All it takes to unravel a life is one little secret.... Marin had the perfect life. Married to her college sweetheart, she owns a chain of upscale hair salons, and Derek runs his own company. They're admired in their community and are a loving family - until their world falls apart the day their son, Sebastian, is taken. A year later, Marin is a shadow of herself. The FBI search has gone cold. The publicity has faded. She and her husband rarely speak. She hires a PI to pick up where the police left off, but instead of finding Sebastian, she learns that Derek is having an affair with a younger woman. This discovery sparks Marin back to life. She's lost her son; she's not about to lose her husband, too. Kenzie is an enemy with a face, which means this is a problem Marin can fix. Permanently. A Macmillan Audio production from Minotaur Books Praise for Little Secrets: "Unflinching and unforgettable. Little Secrets has everything you want in a thriller - complex characters, heart-pounding suspense and a stunning conclusion. Jennifer Hillier is one of my favorite writers, and this is her best book yet." (Riley Sager, New York Times best-selling author of Lock Every Door) "What starts as a child abduction warps into something far more twisted and nefarious, thanks to the brilliance of mastermind, Jennifer Hillier. Little Secrets will leave readers completely floored. You don't just read this book; you inhale it." (Mary Kubica, New York Times best-selling author of The Good Girl and MRS) 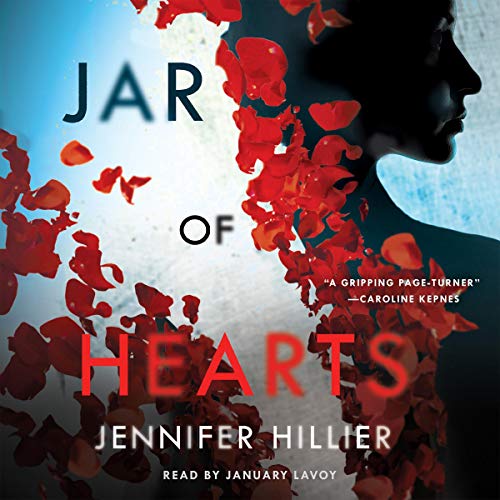 "Jar of Hearts grabs you by the throat! The perfect blend of riveting characters, chilling details, and gasping twists in this standout thriller will keep you frantically reading until the explosive end.â (Lisa Gardner, New York Times best-selling author of Right Behind You) This is the story of three best friends: one who was murdered, one who went to prison, and one who's been searching for the truth all these years.... When she was 16 years old, Angela Wong - one of the most popular girls in school - disappeared without a trace. Nobody ever suspected that her best friend, Georgina Shaw, now an executive and rising star at her Seattle pharmaceutical company, was involved in any way. Certainly not Kaiser Brody, who was close with both girls back in high school.Â  But 14 years later, Angela Wong's remains are discovered in the woods near Geo's childhood home. And Kaiser - now a detective with Seattle PD - finally learns the truth: Angela was a victim of Calvin James. The same Calvin James who murdered at least three other women.Â  To the authorities, Calvin is a serial killer. But to Geo, he's something else entirely. Back in high school, Calvin was Geo's first love. Turbulent and often volatile, their relationship bordered on obsession from the moment they met right up until the night Angela was killed. For 14 years, Geo knew what happened to Angela and told no one. For 14 years, she carried the secret of Angela's death until Geo was arrested and sent to prison.Â  While everyone thinks they finally know the truth, there are dark secrets buried deep. And what happened that fateful night is more complex and more chilling than anyone really knows. Now the obsessive past catches up with the deadly present when new bodies begin to turn up, killed in the exact same manner as Angela Wong. How far will someone go to bury her secrets and hide her grief? How long can you get away with a lie? How long can you live with it? 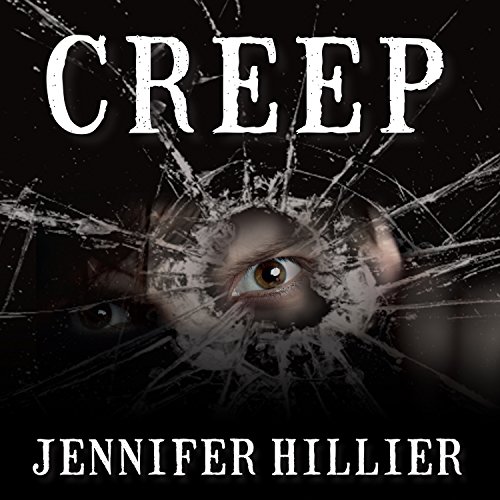 Dr. Sheila Tao is a professor of psychology, an expert in human behavior with her own hidden past. But she's not the only one keeping secrets. When Sheila began an affair with her sexy graduate assistant Ethan Wolfe, she knew she was playing with fire. Consumed by lust when they were together, she was riddled with guilt when they were apart. Now she's finally engaged to a good man, and it's time to end the dangerous liaison. But Ethan has something different in mind. He intends to make her pay for rejecting him. As Sheila attempts to counter Ethan's increasingly threatening moves, he schemes to reveal her darkest, most intimate secrets by destroying her prestigious career...and then her. Caught in a terrifying cat-and-mouse game, Sheila must fight for her life and free herself from the ex-lover whom she couldn't resist - who is now the manipulative monster who won't let her go. 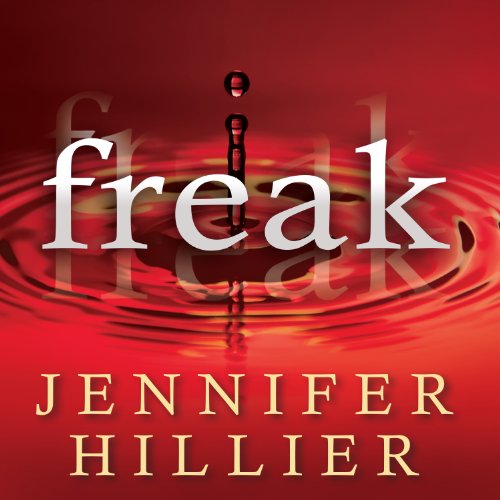 Inside a maximum-security prison cell, Abby Maddox is serving 20 years for slashing Seattle PD officer Jerry Isaac's throat during the harrowing capture of her former lover, serial killer Ethan Wolfe. To the demented fans, lunatics, and creeps on the outside, she is a celebrity. But to Jerry, now a private investigator whose scarred neck and tortured speech are daily reminders of Abby's vicious attack, she alone may be the key to solving a new wave of murders. Because this killer has been sending her love letters, and carving a message on the victims' bodies: Free Abby Maddox. With the help of intuitive criminology student Danny Mercy, Puget Sound State professor Sheila Tao, and seasoned detective Mike Torrance, Jerry must coax the shattering truth from isolated, dangerous Abby - before her number one fan takes another life in the name of a killer's perverted idea of justice. 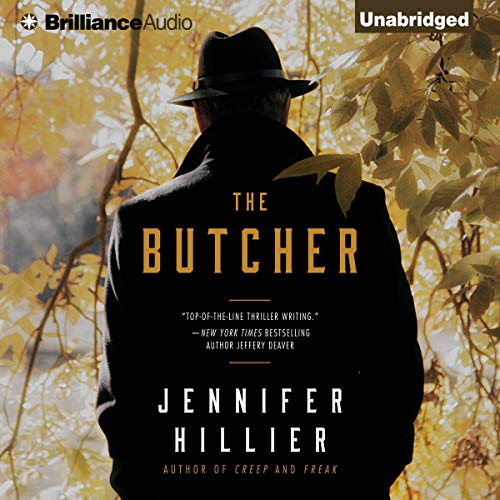 A rash of grisly serial murders plagued Seattle until the infamous âBeacon Hill Butcherâ was finally hunted down and killed by police chief Edward Shank in 1985. Now, some thirty years later, Shank, retired and widowed, is giving up his large rambling Victorian house to his grandson Matt, whom he helped raise.

Settling back into his childhood home and doing some renovations in the backyard to make the house feel like his own, Matt, a young up-and-coming chef and restaurateur, stumbles upon a locked crate heâs never seen before. Curious, he picks the padlock and makes a discovery so gruesome it will forever haunt himâ¦. Faced with this deep dark family secret, Matt must decide whether to keep what he knows buried in the past, go to the police, or take matters into his own hands.

Meanwhile Mattâs girlfriend, Sam, has always suspected that her mother was murdered by the Beacon Hill Butcher - two years after the supposed Butcher was gunned down. As she pursues leads that will prove her right, Sam heads right into the path of Mattâs terrible secret.

A thriller with taut, fast-paced suspense, and twists around every corner, The Butcher will keep you guessing until the bitter, bloody end.