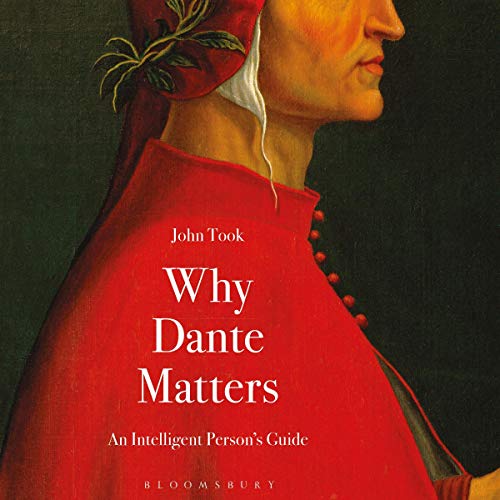 Bloomsbury presents Why Dante Matters by John Took, read by Victor Vertunni.  The year 2021 marks the 700th anniversary of the death of Dante Alighieri, a poet who, as T. S. Eliot put it, divides the world with Shakespeare, there being no third. His, like ours, was a world of moral uncertainty and political violence, all of which made not only for the agony of exile but for an ever deeper meditation on the nature of human happiness.  In Why Dante Matters, John Took offers by way of three in particular of Dantes works  the Vita Nova as the great work of his youth, the Convivio as the great work of his middle years and the Commedia as the great work of his maturity  an account, not merely of Dantes development as a poet and philosopher, but of his continuing presence to us as a guide to mans wellbeing as man. Committed as he was to the welfare not only of his contemporaries but of those who will deem this time ancient, Dantes is in this sense a discourse overarching the centuries, a discourse confirming him in his status, not merely as a cultural icon, but as a fellow traveller. 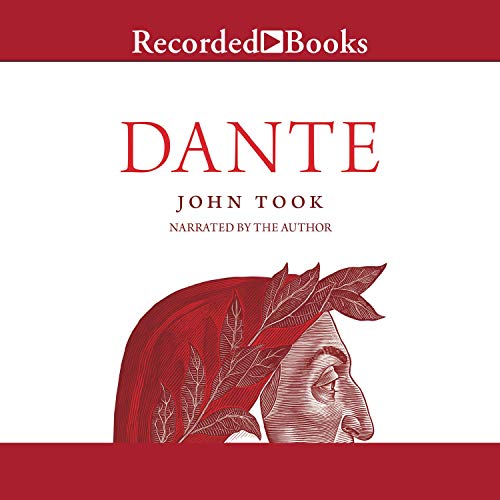 An authoritative and comprehensive intellectual biography of the author of the Divine Comedy For all that has been written about the author of the Divine Comedy, Dante Alighieri (1265-1321) remains the best guide to his own life and work. Dante's writings are therefore never far away in this authoritative and comprehensive intellectual biography, which offers a fresh account of the medieval Florentine poet's life and thought before and after his exile in 1302.  Beginning with the often violent circumstances of Dante's life, the book examines his successive works as testimony to the course of his passionate humanity: his lyric poetry through to the Vita nova as the great work of his first period; the Convivio, De vulgari eloquentia and the poems of his early years in exile; and the Monarchia and the Commedia as the product of his maturity.  Describing as it does a journey of the mind, the book confirms the nature of Dante's undertaking as an exploration of what he himself speaks of as "maturity in the flame of love." The result is an original synthesis of Dante's life and work.