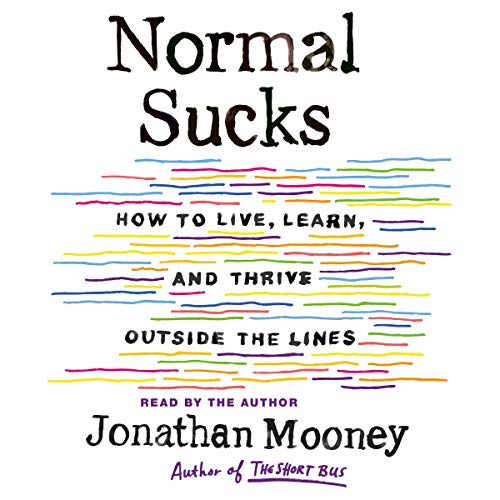 This program is read by the author. Confessional and often hilarious, in Normal Sucks, a neuro-diverse writer, advocate, and father meditates on his life, offering the radical message that we should stop trying to fix people and start empowering them to succeed. Jonathan Mooney blends anecdote, expertise, and memoir to present a new mode of thinking about how we live and learn - individually, uniquely, and with advantages and upshots to every type of brain and body. As a neuro-diverse kid diagnosed with dyslexia and ADHD who didn't learn to read until he was 12, the realization that that he wasnt the problem - the system and the concept of normal were - saved Mooneys life and fundamentally changed his outlook. Here he explores the toll that being not normal takes on kids and adults when theyre trapped in environments that label them, shame them, and tell them, even in subtle ways, that they are the problem. But, he argues, if we can reorient the ways in which we think about diversity, abilities, and disabilities, we can start a revolution.  A highly sought-after public speaker, Mooney has been inspiring audiences with his story and his message for nearly two decades. Now hes ready to share what hes learned from parents, educators, researchers, and kids in a book that is as much a survival guide as it is a call to action. Whip-smart, insightful, and utterly inspiring - and movingly framed as a letter to his own young sons, as they work to find their ways in the world - this audiobook will upend what we call normal and empower us all.   PLEASE NOTE: When you purchase this title, the accompanying PDF will be available in your Audible Library along with the audio. 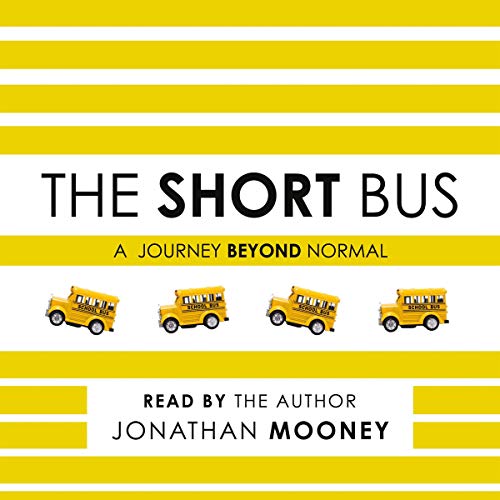 "What makes this journey so inspiring is Mooney's transcendent humor; the self he has become does not turn away from old pain but can laugh at it, make fun of it, make it into something beautiful." (Los Angeles Times)  This program is read by the author.   A young man once called unteachable journeys across America to investigate the lives of those, like himself, who are forced to create new ways of living in order to survive.   Labeled "dyslexic and profoundly learning disabled with attention and behavior problems", Jonathan Mooney was a short-bus rider - a derogatory term used for kids in special education and a distinction that told the world he wasn't "normal". Along with other kids with special challenges, he grew up hearing himself denigrated daily. Ultimately, Mooney surprised skeptics by graduating with honors from Brown University. But he could never escape his past, so he hit the road. To free himself and to learn how others had moved beyond labels, he created an epic journey. He would buy his own short bus and set out cross-country, looking for kids who had dreamed up magical, beautiful ways to overcome the obstacles that separated them from the so-called normal world.   In The Short Bus, his humorous, irreverent, and poignant record of this odyssey, Mooney describes his four-month, 35,000-mile journey across borders that most people never see. He meets 13 people in 13 states, including an eight-year-old deaf and blind girl who likes to curse out her teachers in sign language. Then there's Butch Anthony, who grew up severely learning disabled but who is now the proud owner of the Museum of Wonder. These people teach Mooney that there's no such thing as normal and that to really live, every person must find their own special ways of keeping on. The Short Bus is a unique gem, propelled by Mooney's heart, humor, and outrageous rebellions. 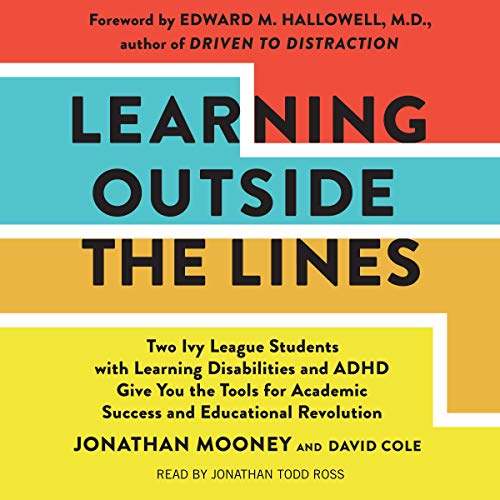 Learning Outside the Lines

Learning with YOUR purpose in mind - not your parents', not your teacher's, not your school's... Every day, your school, your teachers, and even your peers draw lines to measure and standardize intelligence. They decide what criteria make one person smart and another person stupid. They decide who will succeed and who will just get by. Perhaps you find yourself outside the norm, because you learn differently - but, unlike your classmates, you have no system in place that consistently supports your ability and desire to learn. Simply put, you are considered lazy and stupid. You are expected to fail.  Learning Outside the Lines is written by two such "academic failures" - that is, two academic failures who graduated from Brown University at the top of their class. Jonathan Mooney and David Cole teach you how to take control of your education and find true success - and they offer all the reasons why you should persevere. Witty, bold, and disarmingly honest, Learning Outside the Lines takes you on a journey toward personal empowerment and profound educational change, proving once again that rules sometimes need to be broken.