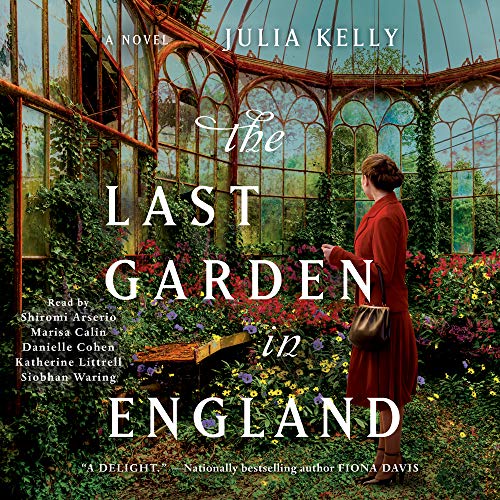 The Last Garden in England

From the author of the international best seller The Light over London and The Whispers of War comes a poignant and unforgettable tale of five women living across three different times whose lives are all connected by one very special place.  Present day: Emma Lovett, who has dedicated her career to breathing new life into long-neglected gardens, has just been given the opportunity of a lifetime: to restore the gardens of the famed Highbury House estate, designed in 1907 by her hero Venetia Smith. But as Emma dives deeper into the gardens past, she begins to uncover secrets that have long lain hidden.  The year 1907: A talented artist with a growing reputation for her ambitious work, Venetia Smith has carved out a niche for herself as a garden designer to industrialists, solicitors, and bankers looking to show off their wealth with sumptuous country houses. When she is hired to design the gardens of Highbury House, she is determined to make them a triumph, but the gardens - and the people she meets - promise to change her life forever.  The year 1944: When land girl Beth Pedley arrives at a farm on the outskirts of the village of Highbury, all she wants is to find a place she can call home. Cook Stella Adderton, on the other hand, is desperate to leave Highbury House to pursue her own dreams. And widow Diana Symonds, the mistress of the grand house, is anxiously trying to cling to her pre-war life now that her home has been requisitioned and transformed into a convalescent hospital for wounded soldiers. But when war threatens Highbury Houses treasured gardens, these three very different women are drawn together by a secret that will last for decades.  In this sweeping novel reminiscent of Kate Mortons The Lake House and Kristin Harmels The Room on Rue Amélie, Julia Kelly explores the unexpected connections that cross time and the special places that bring people together forever. 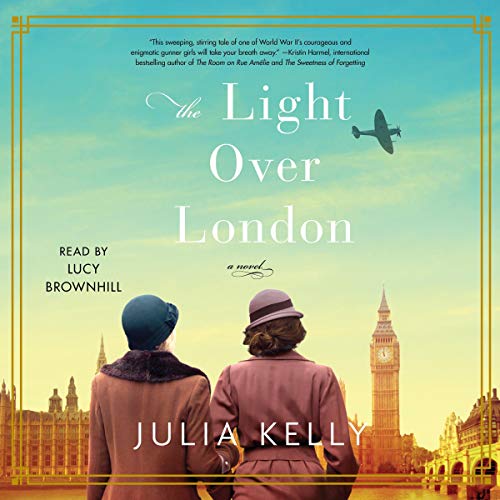 The Light over London

Reminiscent of Martha Hall Kelly's Lilac Girls and Kristin Hannah's The Nightingale, this sweeping, entrancing story is a must-listen for fans of remarkable women rising to challenges they could never have predicted.  Its always been easier for Cara Hargraves to bury herself in the past than confront the present, which is why working with a gruff but brilliant antiques dealer is perfect. While clearing out an estate, she pries open an old tin that holds the relics of a lost relationship: among the treasures, a World War II-era diary and a photograph of a young woman in uniform. Eager to find the author of the hauntingly beautiful, unfinished diary, Cara digs into this soldiers life, but soon realizes she may not have been ready for the stark reality of wartime London she finds within the pages.   In 1941, 19-year-old Louise Keenes life had been decided for her - shell wait at home in her Cornish village until her wealthy suitor returns from war to ask for her hand. But when Louise unexpectedly meets Flight Lieutenant Paul Bolton, a dashing RAF pilot stationed at a local base, everything changes. And changes again when Pauls unit is deployed without warning.   Desperate for a larger life, Louise joins the womens branch of the British Army in the anti-aircraft gun unit as a Gunner Girl. As bombs fall on London, she and the other Gunner Girls relish in their duties to be exact in their calculations, and quick in their identification of enemy planes during air raids. The only thing that gets Louise through those dark, bullet-filled nights is knowing she and Paul will be together when the war is over. But when a bundle of her letters to him are returned unanswered, she learns that wartime romance can have a much darker side.   Illuminating the story of these two women separated by generations and experience, Julia Kelly transports us to World War II London in this heartbreakingly beautiful novel through forgotten antique treasures, remembered triumphs, and fierce family ties. 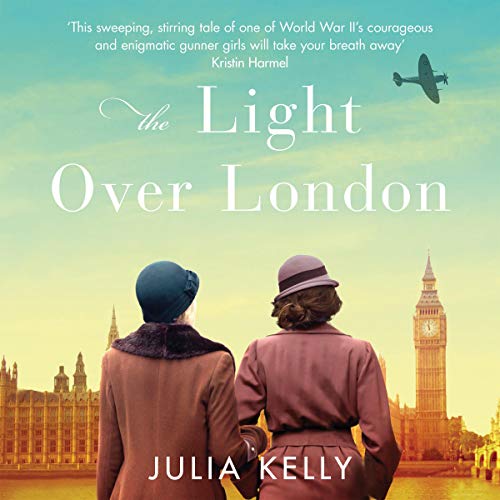 The Light over London

Cara Hargreaves has buried herself in the antique world to hide from her stalled life, but when she discovers a long-forgotten 1940s diary, her world will change in ways she could never have imagined....  1941 It is the Second World War, and Louise Keene's small Cornish village is full of soldiers. Among them is the dashing RAF pilot Paul Bolton, who sweeps her off her feet, only to be deployed days later. Desperate not to be another girl pining for her sweetheart, Louise runs away to join the army, never imaging she would end up watching the pitch-black skies of London as a gunner girl.... As war rages on Louise will find her heart and friendships tested, but can hope win out in the very darkest of times? 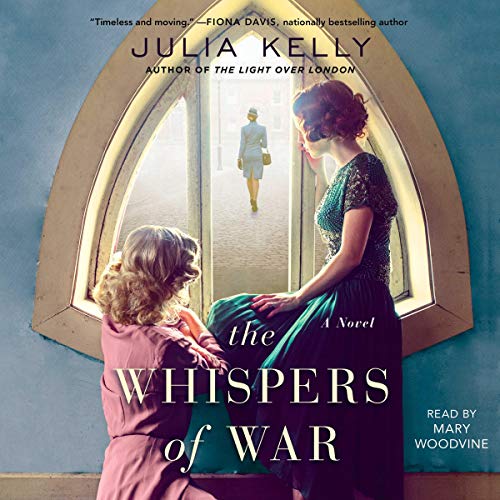 The Whispers of War

For fans of historical novels by Kristin Harmel and Martha Hall Kelly comes a gripping tale by a writer at the top of her game (Fiona Davis, author of The Chelsea Girls) following three friends who struggle to remain loyal as one of them is threatened with internment by the British government at the start of World War II. In August of 1939, as Britain watches the headlines in fear of another devastating war with Germany, three childhood companions must choose between friendship and country. Erstwhile, socialite Nora is determined to find her place in the Home Offices Air Raid Precautions Department, matchmaker Hazel tries to mask two closely guarded secrets with irrepressible optimism, and German expat Marie worries that she and her family might face imprisonment in an internment camp if war is declared. When Germany invades Poland and tensions on the home front rise, Marie is labeled an enemy alien, and the three friends find themselves fighting together to keep her free at any cost.  Featuring Julia Kellys signature intricate, tender, and convincing (Publishers Weekly) prose, The Whispers of War is a moving and unforgettable tale of the power of friendship and womanhood in the midst of conflict.