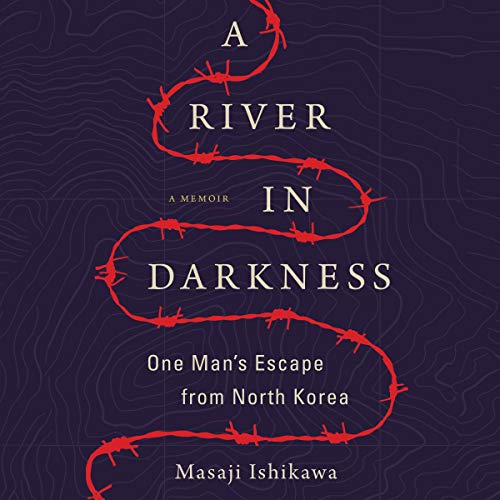 A River in Darkness

A New York Times bestseller and Amazon Charts Most Read and Most Sold book. A Goodreads Choice Award nominee for Memoir & Autobiography. The harrowing true story of one mans life in - and subsequent escape from - North Korea, one of the worlds most brutal totalitarian regimes. Half-Korean, half-Japanese, Masaji Ishikawa has spent his whole life feeling like a man without a country. This feeling only deepened when his family moved from Japan to North Korea when Ishikawa was just thirteen years old, and unwittingly became members of the lowest social caste. His father, himself a Korean national, was lured to the new Communist country by promises of abundant work, education for his children, and a higher station in society. But the reality of their new life was far from utopian. In this memoir translated from the original Japanese, Ishikawa candidly recounts his tumultuous upbringing and the brutal thirty-six years he spent living under a crushing totalitarian regime, as well as the challenges he faced repatriating to Japan after barely escaping North Korea with his life. A River in Darkness is not only a shocking portrait of life inside the country but a testament to the dignity - and indomitable nature - of the human spirit.