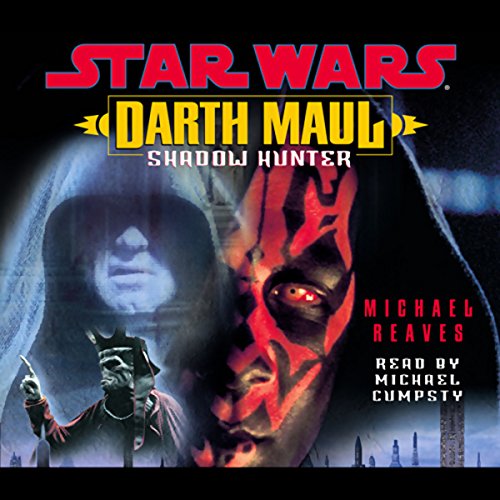 New York Times best seller For the infamous, power-hungry Sith, beholden to the dark side, the time has come to rise again. After years of waiting in the shadows, Darth Sidious is taking the first step in his master plan to bring the Republic to its knees. Key to his scheme are the Neimoidians of the Trade Federation. Then one of his Neimoidian contacts disappears, and Sidious does not need his Force-honed instincts to suspect betrayal. He orders his apprentice, Darth Maul, to hunt the traitor down. But he is too late. The secret has already passed into the hands of information broker Lorn Pavan, which places him right at the top of Darth Maul's hit list. Then, in the labyrinthine alleyways and sewers of Coruscant, capital city of the Republic, Lorn crosses paths with Darsha Assant, a Jedi Padawan on a mission to earn her Knighthood. Now the future of the Republic depends on Darsha and Lorn. But how can an untried Jedi and an ordinary man, stranger to the powerful ways of the Force, hope to triumph over one of the deadliest killers in the galaxy? This special edition features an all-new Darth Maul short story as well as Star Wars:® Darth Maul: Saboteur - both written by New York Times best-selling author James Luceno! 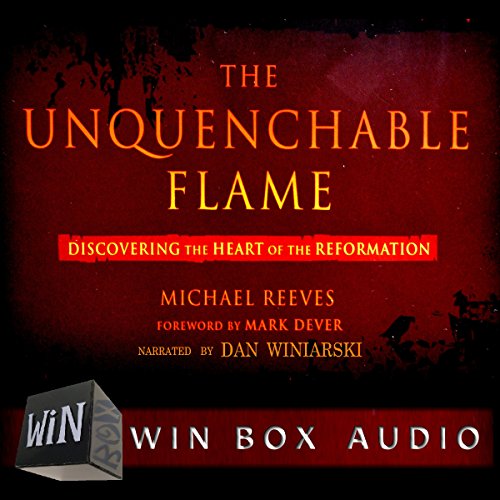 Burning pyres, nuns on the run, stirring courage, and comic relief: the Protestant Reformation is a gripping tale, packed with drama. But what motivated the Reformers? And what were they really like?   The Unquenchable Flame is a lively, accessible, and informative introduction to the Reformation by Michael Reeves, bringing to life the movement's most colorful characters: Martin Luther, Ulrich Zwingli, John Calvin, the Puritans, and others.  Experience the book that has been called the absolute best historical introduction to the Reformation. Michael Reeves has written a masterpiece that captures the passion, humor, violence, and world-changing power of the Protestant Reformation. This US edition includes a new foreword by 9 Marks Ministries president Mark Dever. 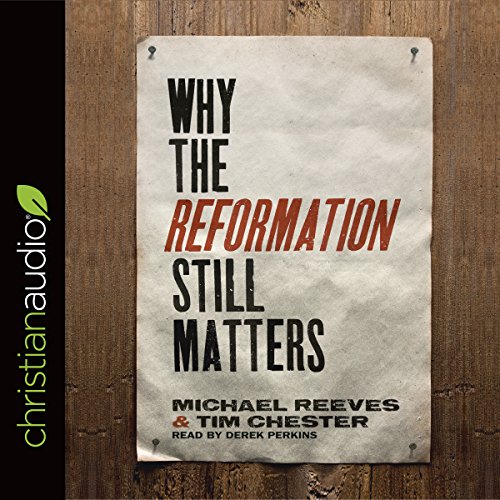 Why the Reformation Still Matters

Five hundred years after the beginning of the Protestant Reformation, many people - Christians and non-Christians alike - view it as a conflict about issues that are no longer relevant to the church. But what if the Reformation still has something to teach us? What if the doctrines so vigorously debated and defended by the Reformers still matter today? In this accessible primer on the Reformation, Michael Reeves and Tim Chester introduce listeners to 11 key questions raised by the Reformers. These questions continue to impact the church today - proving that the Reformation is much more than just a bit of history we can leave behind. 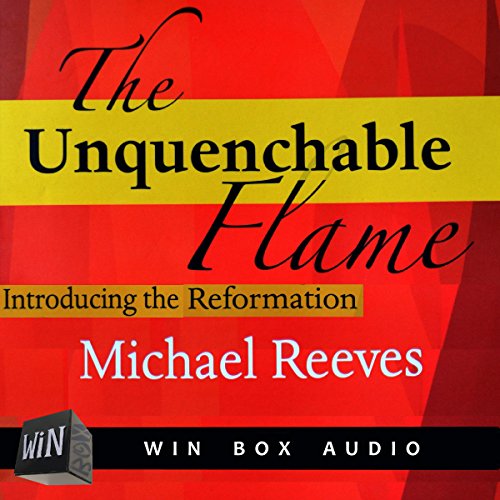 Burning pyres, nuns on the run, stirring courage, and comic relief: the Protestant Reformation is a gripping tale, packed with drama. But what motivated the Reformers? And what were they really like?  The Unquenchable Flame, a lively, accessible, and fully informative introduction to the Reformation by Michael Reeves, brings to life the movement's most colorful characters (Martin Luther, Ulrich Zwingli, John Calvin, The Puritans, etc.), examines their ideas, and shows the profound and personal relevance of Reformation thinking for today. 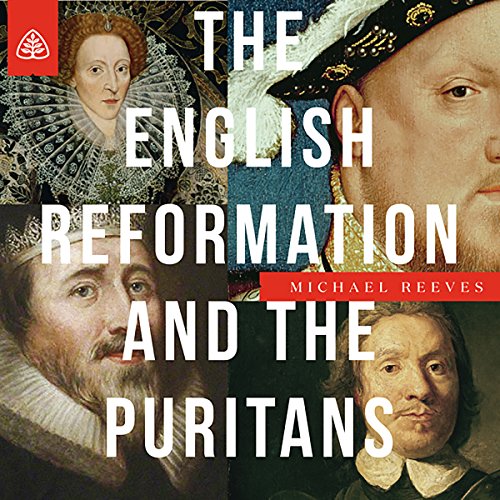 The English Reformation and the Puritans Teaching Series

Few stories contain heroism, betrayal, ricocheting monarchs, bold stands against repressive authorities, and redemption like this one. And fewer generations have modeled commitment to the gospel and the application of God's Word like the Puritans of England. In this 12-part series, Dr. Michael Reeves surveys Puritan theology and the work of the Holy Spirit when the Reformation flourished in England. Major milestones of this movement underscore the Puritan's special place in history, as they displayed spiritual wisdom and discernment still benefiting pulpits and believers today. 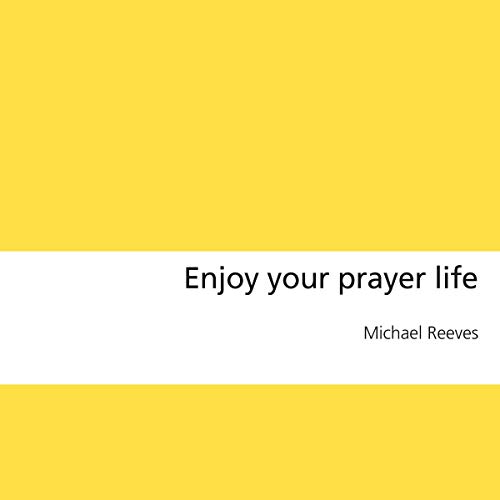 Sadly, most of us struggle to set aside time to pray. But, fear not, this is not another book that will pile on the guilt, simply saying pray better and more often.  Instead, Michael Reeves shows us not only why prayer is so essential, but also how we can enjoy it too.   Taking his cue from Calvins definition that prayer is the chief exercise of faith, Reeves helps us understand that prayer should be a natural expression of our faith. Just as faith is awakened as we grasp the wonders of the gospel, so prayer follows as our hearts respond to these glorious truths. 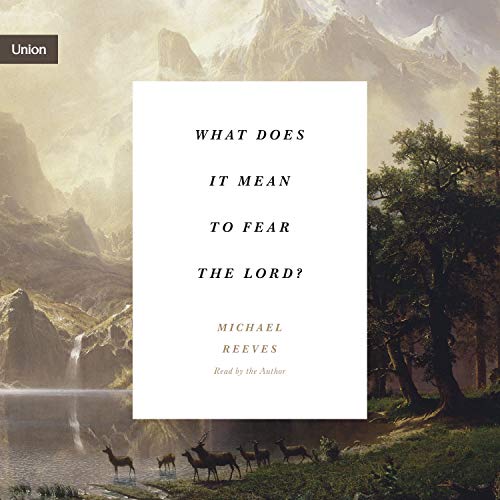 What Does It Mean to Fear the Lord?

In this audiobook Michael Reeves calls believers to see God as the object of their fear - a fear marked not by anxiety, but by reverence and awe. 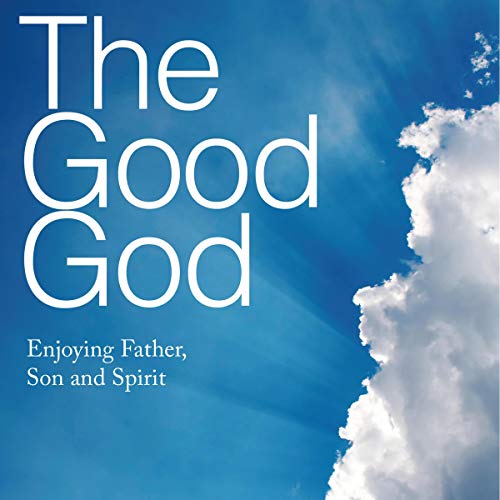 In The Good God, Michael Reeves writes about growing in our enjoyment of God and seeing how God's triune being makes all his ways beautiful. He sees it as a chance to taste and see that the Lord is good, to have our hearts won and ourselves refreshed. 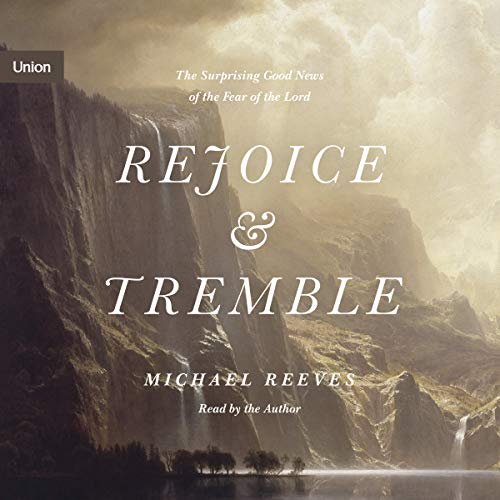 This audiobook argues from Scripture that godly fear is the opposite of being afraid of God or his punishment, as if he were a tyrant. Instead, it is the intensity of the saints love for, delight in, and enjoyment of all that God is.