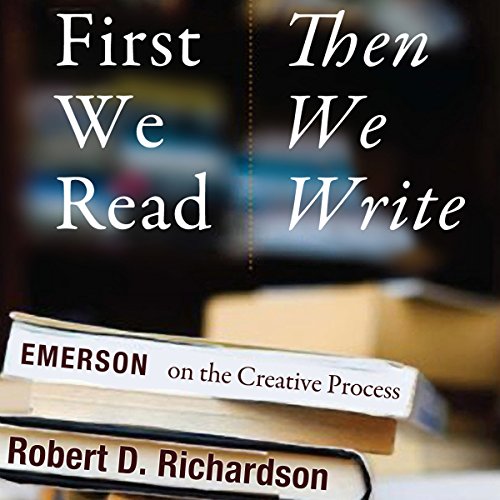 First We Read, Then We Write: Emerson on the Creative Process

Writing was the central passion of Emerson's life. While his thoughts on the craft are well developed in "The Poet", "The American Scholar", Nature, "Goethe", and "Persian Poetry", less well known are the many pages in his private journals devoted to the relationship between writing and reading. Here, for the first time, is the Concord Sage's energetic, exuberant, and unconventional advice on the idea of writing, focused and distilled by the preeminent Emerson biographer at work today. Emerson advised that "the way to write is to throw your body at the mark when your arrows are spent." First We Read, Then We Write contains numerous such surprises - from "every word we speak is million-faced" to "talent alone cannot make a writer" - but it is no mere collection of aphorisms and exhortations. Instead, in Robert Richardson's hands, the biographical and historical context in which Emerson worked becomes clear. Emerson's advice grew from his personal experience; in practically every moment of his adult life he was either preparing to write, trying to write, or writing. Richardson shows us an Emerson who is no granite bust, but instead is a fully fleshed, creative person disarmingly willing to confront his own failures. Emerson urges his readers to try anything - strategies, tricks, makeshifts - speaking not only of the nuts and bolts of writing but also of the grain and sinew of his determination. Whether a writer by trade or a novice, every reader will find something to treasure in this volume. Fearlessly wrestling with "the birthing stage of art", Emerson's counsel on being a reader and writer will be read and reread for years to come. 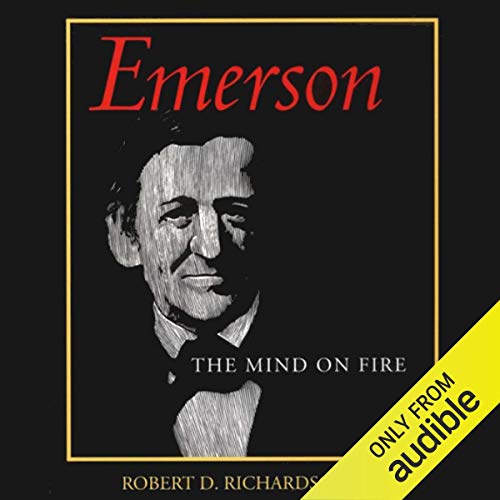 Ralph Waldo Emerson is one of the most important figures in the history of American thought, religion, and literature. The vitality of his writings and the unsettling power of his example continue to influence us more than a hundred years after his death. Now Robert D. Richardson Jr. brings to life an Emerson very different from the old stereotype of the passionless Sage of Concord. Drawing on a vast amount of new material, including correspondence among the Emerson brothers, Richardson gives us a rewarding intellectual biography that is also a portrait of the whole man.

These chapters present a young suitor, a grief-stricken widower, an affectionate father, and a man with an abiding genius for friendship.

The great spokesman for individualism and self-reliance turns out to have been a good neighbor, an activist citizen, a loyal brother. Here is an Emerson who knew how to laugh, who was self-doubting as well as self-reliant, and who became the greatest intellectual adventurer of his age.

Richardson has, as much as possible, let Emerson speak for himself through his published works, his many journals and notebooks, his letters, his reported conversations. This is not merely a study of Emerson's writing and his influence on others; it is Emerson's life as he experienced it. We see the failed minister, the struggling writer, the political reformer, the poetic liberator.

The Emerson of this book not only influenced Thoreau, Fuller, Whitman, Dickinson, and Frost, he also inspired Nietzsche, William James, Baudelaire, Marcel Proust, Virginia Woolf, and Jorge Luis Borges. Emerson's timeliness is persistent and striking: his insistence that literature and science are not separate cultures, his emphasis on the worth of every individual, his respect for nature.

Richardson gives careful attention to the enormous range of Emerson's readings - from Persian poets to George Sand - and to his many friendships and personal encounters - from Mary Moody Emerson to the Cherokee chiefs in Boston - evoking both the man and the times in which he lived. Throughout this book, Emerson's unquenchable vitality reaches across the decades, and his hold on us endures.