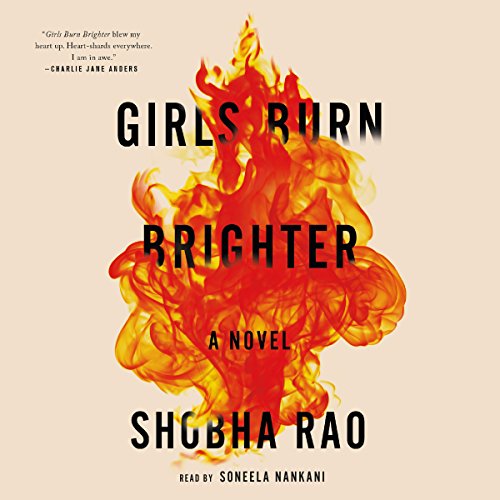 Girls Burn Brighter is a searing, electrifying debut audiobook set in India and America. Irrepressible author Shobha Rao examines the extraordinary bond between two girls, driven apart by circumstances, but relentless in their search for one another. Poornima and Savitha have three strikes against them. They are poor. They are driven. And they are girls. When Poornima was just a toddler, she was about to fall into a river. Her mother, beside herself, screamed at her father to grab her. But he hesitated: I was standing there, and I was thinking. Shes just a girl. Let her go. Thats the thing with girls, isnt it. You think, Push. Thats all it would take. Just one little push. After her mothers death, Poornima has very little kindness in her life. She is left to take care of her siblings until her father can find her a suitable match. So when Savitha enters their household, Poornima is intrigued by the joyful, independent-minded girl. Suddenly their Indian village doesn't feel quite so claustrophobic, and Poornima begins to imagine a life beyond the arranged marriage her father is desperate to secure for her. But when a devastating act of cruelty drives Savitha away, Poornima leaves behind everything she has ever known to find her friend. Her journey takes her into the darkest corners of India's underworld, on a harrowing cross-continental journey, and eventually to an apartment complex in Seattle. Alternating between the girls perspectives as they face ruthless obstacles, Girls Burn Brighter introduces listeners to two heroines who never allow the hope that burns within them to be extinguished. "The resplendent prose captures the nuances and intensity of two best friends on the brink of an uncertain and precarious adulthood.... An incisive study of a friendship's unbreakable bond." (Kirkus) 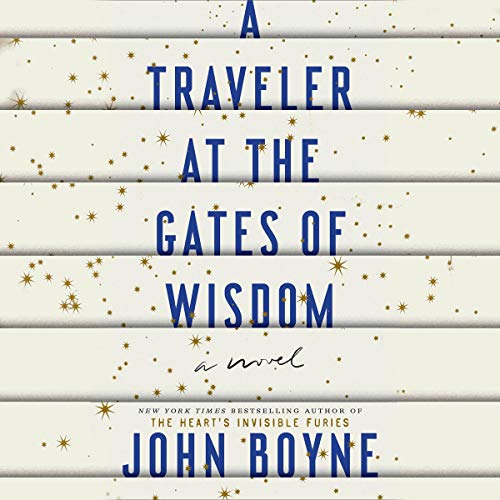 A Traveler at the Gates of Wisdom

From the best-selling author of A Ladder to the Sky - a darkly funny novel that races like a beating heart (People) - comes a new novel that plays out across all of human history: a story as precise as it is unlimited. This story starts with a family. For now, it is a father and a mother with two sons, one with his fathers violence in his blood, one with his mothers artistry. One leaves. One stays. They will be joined by others whose deeds will determine their fate. It is a beginning.  Their stories will intertwine and evolve over the course of 2,000 years. They will meet again and again at different times and in different places. From Palestine at the dawn of the first millennium and journeying across 50 countries to a life among the stars in the third, the world will change around them, but their destinies remain the same. It must play out as foretold.  From the award-winning author of The Hearts Invisible Furies comes A Traveler at the Gates of Wisdom, an epic tale of humanity. The story of all of us, stretching across two millennia. Imaginative, unique, heartbreaking, this is John Boyne at his most creative and compelling. 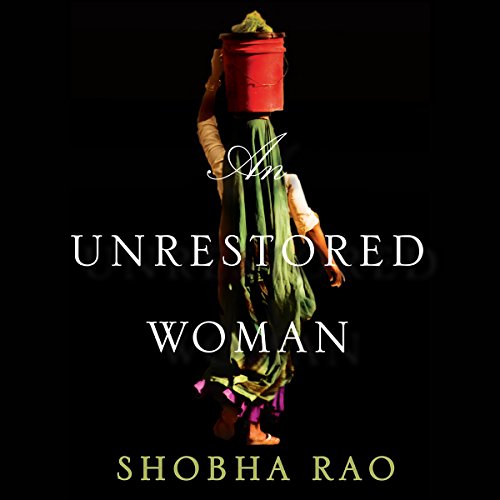 In her mesmerizing debut, Shobha Rao recounts the untold human costs of one of the largest migrations in history. It's 1947. The Indian subcontinent is partitioned into two separate countries, India and Pakistan. And with one decree, countless lives are changed forever. An Unrestored Woman explores the fault lines in this mass displacement of humanity: A new mother is trapped on the wrong side of the border; a soldier finds the love of his life but is powerless to act on it; an ambitious servant seduces both master and mistress; a young prostitute quietly, inexorably plots revenge on the madam who holds her hostage. Caught in a world of shifting borders, Rao's characters have reached their tipping points. In paired stories that hail from India and Pakistan to the United States, Italy, and England, we witness the ramifications of the violent uprooting of families, the price they pay over generations, and the uncanny relevance these stories have in our world today.