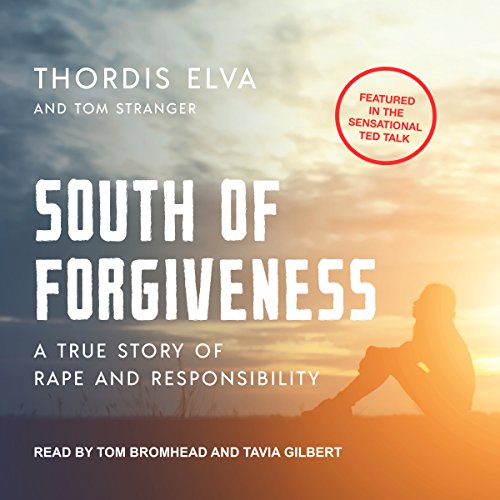 One ordinary spring morning in Reykjavik, Iceland, Thordis Elva kisses her son and partner good-bye before boarding a plane to do a remarkable thing: fly 7,000 miles to South Africa to confront the man who raped her when she was just 16. Meanwhile, in Sydney, Australia, Tom Stranger nervously embarks on an equally life-changing journey to meet Thordis, wondering whether he is worthy of this milestone. After exchanging hundreds of searingly honest emails over eight years, Thordis and Tom decided it was time to speak face to face. Coming from opposite sides of the globe, they meet in the middle, in Cape Town, South Africa, a country that is no stranger to violence and the healing power of forgiveness. South of Forgiveness is an unprecedented collaboration between a survivor and a perpetrator, each equally committed to exploring the darkest moment of their lives. It is a true story about being bent but not broken, facing fear with courage, and finding hope even in the most wounded of places. Personable, accessible, and compelling, South of Forgiveness is an intense and refreshing look at gendered violence, rape culture, personal responsibility, and the effect that patriarchal cultures have on both men and women. Contains mature themes.