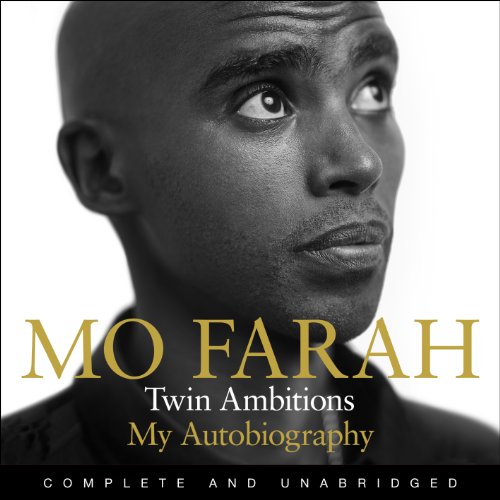 4 August, 2012. Super Saturday. On the most electric night in the history of British sport, Mo Farah braved the pain and punishment to seize Olympic gold in the 10,000m - and in the process went from being a talented athlete to a national treasure. Seven days later, Mo seized his second gold at the 5000m to go where no British distance runner has gone before. Records have tumbled before him: European track records at 1500m, 5000m indoors, and 10,000m; British track records at 5000m, 3000m indoors and 10k on the road have all fallen to Mohamed 'Mo' Farah: the boy from Somalia who came to Britain at the age of eight, leaving behind his twin brother, and with just a few words of English, and a natural talent for running. His secondary school PE teacher Alan Watkinson spotted his potential and began easing this human gazelle towards the racetrack. In 2001 Mo showed his promise by winning the 5000m at the European Junior Championships. Soon he was smashing a string of British and European records. He began living with a group of elite Kenyan runners, following their strict regime of run, sleep, eat and rest. Mo was determined to leave no stone uncovered in his bid for distance-running glory. After a disappointing Olympics in Beijing Mo took the bold decision to relocate to Portland, Oregon to work under legendary coach Alberto Salazar. The results were emphatic as Mo took silver at the 10,000m and then raced to gold in the 5000m at the 2011 World Championships in Daegu. Even better would soon follow at London 2012. Twin Ambitions is much more than an autobiography by a great Olympic champion. It's a moving human story of a man who grew up in difficult circumstances, separated from his family at an early age, who struggled to overcome seemingly insurmountable obstacles and realise his dream. 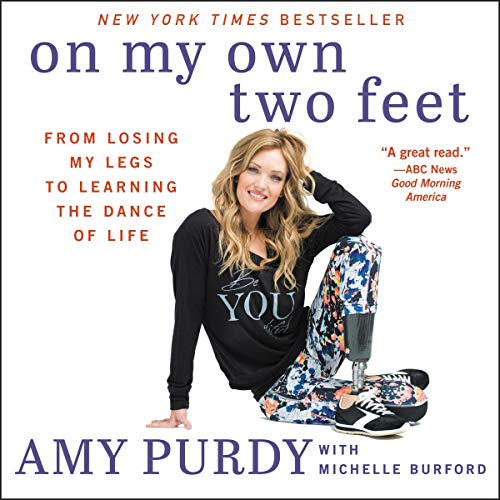 On My Own Two Feet

Amy Purdy, who inspired a nation on Dancing with the Stars and has been called a hero by Oprah Winfrey, reveals the intimate details of her triumphant comeback from the brink of death to making history as a Paralympic snowboarder In this poignant and uplifting memoir, Dancing With the Stars sensation Amy Purdy reveals the story of how losing her legs led her to find a spiritual path. When the Las Vegas native was just 19, she came down with bacterial meningitis and was given less than a two percent chance of survival. In a near-death experience, she saw three figures who told her: "You can come with us, or you can stay. No matter what happens in your life, it's all going to make sense in the end. In that moment, Amy chose to live.  Her glimpse of the afterlife - coupled with a mysterious premonition she'd had a month before - became the defining experiences that put Amy's life on a new trajectory after her legs had to be amputated. She wouldn't just beat meningitis and walk again; she would go on to create a life filled with bold adventures, big dreams, and boundless vitality - and share that spirit with the world. In 2014, Amy - the only competitor, male or female, with two prosthetic legs - claimed a bronze medal for the US Paralympic team in adaptive snowboarding. She then became a contestant on season 18 of Dancing With the Stars, and viewers were captivated as the girl with bionic legs managed to out-dance her competitors all the way to the finale.  Amy's journey is a testament to the resilience of the human spirit and the capacity we all have to dream bigger, defy expectations, and rewrite our stories. Amy was given a second chance for a reason - to use her life to inspire others. Her powerful memoir urges us to live life to the fullest, because we are all a lot more capable than we could ever imagine. 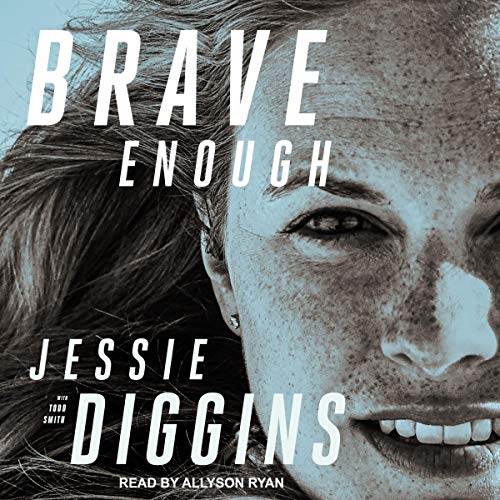 Pyeongchang, February 21, 2018. In the nerve-racking final seconds of the women's team sprint freestyle race, Jessie Diggins dug deep. Blowing past two of the best sprinters in the world, she stretched her ski boot across the finish line and lunged straight into Olympic immortality: the first ever cross-country skiing gold medal for the United States at the Winter Games.  The 26-year-old Diggins, a four-time World Championship medalist, was literally a world away from the small town of Afton, Minnesota, where she first strapped on skis. Yet, for all her history-making achievements, she had never strayed far from the scrappy 12-year-old who had insisted on portaging her own canoe through the wilderness. In Brave Enough, Jessie Diggins reveals the true story of her journey from the American Midwest into sports history. With candid charm and characteristic grit, she connects the dots from her free-spirited upbringing in the woods of Minnesota to racing in the bright spotlights of the Olympics.  Going far beyond stories of races and ribbons, she describes the challenges and frustrations of becoming a serious athlete. She also openly shares her harrowing struggle with bulimia, recounting both the adversity and how she healed from it in order to bring hope and understanding to others experiencing eating disorders. 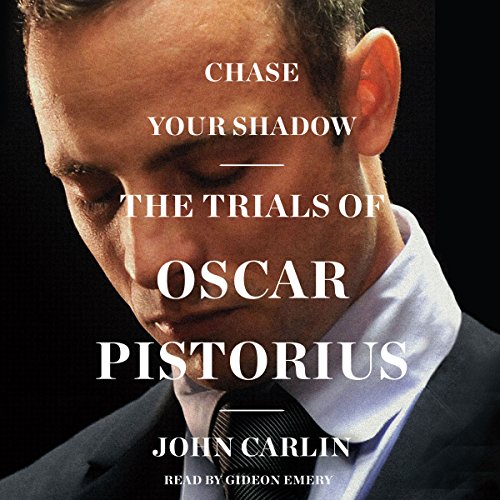 Oscar Pistorius was eleven months old when he had both legs amputated below the knee, due to congenital fibular disease. Despite this severe disability, Pistorious grew up to be an extraordinary athlete, inspirational role model, and global symbol of resilience. In 2012 he became the first amputee runner in history to compete in the Olympics and was hailed as a hero not only in his native South Africa but around the world. Everything changed for Pistorius in the early morning hours of February 14, 2013, Valentine's Day, when he shot and killed his girlfriend, model Reeva Steenkamp, through a closed bathroom door, allegedly because he mistook her for an intruder intent on doing him harm. He was arrested and charged with premeditated murder, and overnight, the public's view of Pistorius turned on its head. Not since the O. J. Simpson case has a courtroom drama riveted global attention on one man's fate. Acclaimed journalist John Carlin's vivid firsthand account of Pistorius' seven-month murder trial, broadcast worldwide from Johannesburg, details the wrenching emotional breakdowns and merciless interrogation of the accused on and off the stand, the fraught relationship between the Pistorius and Steenkamp families, and the highly controversial verdict of culpable homicide, for which Pistorius received a five-year sentence. But Chase Your Shadow is far more than just a sensational crime story, as Carlin shows through meticulous reporting and extensive access to Pistorius and his family and friends. This courtroom confrontation between a white, privileged, 27-year-old male athlete on trial for murder and the black female judge who alone would decide his fate held in a democratic country trying to exorcise its history of racial hatred and endemic violence against women - exposes the complex social and political realities of post-Apartheid South Africa. 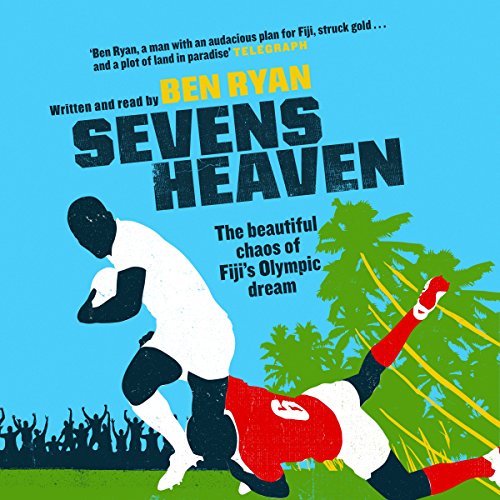 This is the story of how one man changed a nation, how that nation changed the man and how together they made sporting history. It is late summer 2013. Ben Ryan, a red-haired, 40-something, spectacle-wearing Englishman, is given 20 minutes to decide whether he wants to coach Fiji's rugby sevens team, with the aim of taking them to the nation's first-ever Olympic medal. He has never been to Fiji. There has been no discussion of contracts or salary. But he knows that no one plays rugby like the men from these isolated Pacific islands, just as no one plays football like the kids from the Brazilian favelas, or no one runs as fast as the boys and girls from Jamaica's boondocks. He knows, too, that no other rugby nation has so little - no money and no resources, only basic equipment and a long, sad history of losing its most gifted players to richer, greedier nations. Ryan says yes. And with that simple word he sets in motion an extraordinary journey that will encompass witch doctors and rugby-obsessed prime ministers, sun-smeared dawns and devastating cyclones, intense friendships and bitter rows, phone taps and wild nationwide parties. It will end in Rio with a performance that not only wins Olympic gold but touches fresh heights for rugby union and sees Ben made a tribal chief, hundreds of Fijian babies given his name and his 12 players heroes forever back home. PLEASE NOTE: When you purchase this title, the accompanying reference material will be available in your Library section along with the audio. 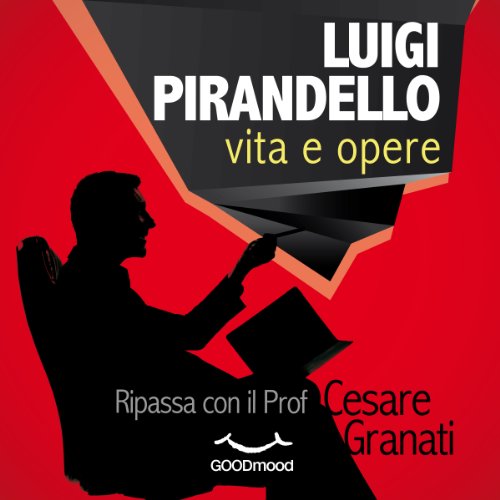