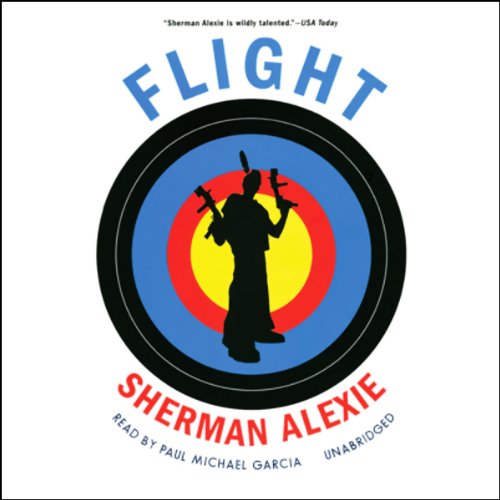 Flight is the hilarious and tragic story of an orphaned Indian boy - "Zits" - who travels back and forth through time in a charged search for his true identity. With powerful, swift prose, Flight follows the troubled teenager as he learns that violence is not the answer. The journey begins as he's about to commit a massive act of violence. At the moment of decision, he finds himself shot back through time to awaken in the body of an FBI agent during the civil-rights era. It's only the first stop. He continues through time to inhabit the body of an Indian child during the battle at Little Bighorn and then rides with an 1800s Indian tracker before materializing as an airline pilot jetting through the skies today. During these furious travels, his refrain is: "Who's to judge?" and "I don't understand humans." When he returns to his own life, he is transformed by all he's seen.