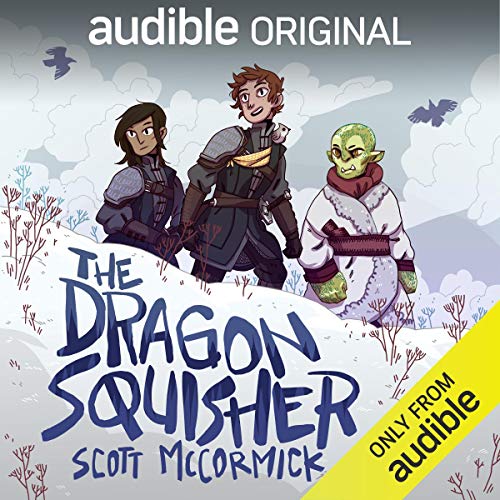 âBefore I can begin my tale, you need to know about the king's panties.âÂ  So begins the epic adventure of 14-year-old Nigel, digger of latrines, shoveler of poop, and the single greatest threat to all the humans, elves, and halflings of Esteria.Â  Nigel needs to escape from military school. Who can blame him? After all, the king just declared war on the gorks, and he's pretty sure his latrine-digging skills aren't going to be much good on the front lines.Â  Problem is, Nigel's escape efforts have a way of backfiring, taking him further from home, and destroying, well, pretty much everything that gets in his way. By the time he and his arch-frenemy are banished from the kingdom and sent on an impossible quest for a (probably bogus) magical artifact, the humans of Esteria find themselves longing for the good old days when they were merely being annihilated by Lord Smoron.Â  Book one of the Nigel Chronicles, The Dragon Squisher tell the story of how Nigel, his too-perfect comrade Lance Hightower, and Eldrack, a female gork prisoner with a well-earned grudge against humans, usher in a new era of chaos and magic.