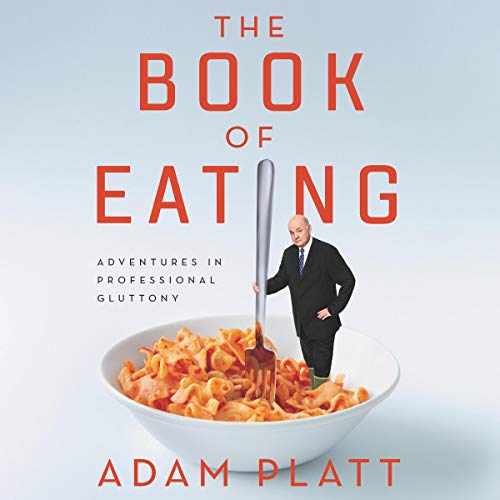 The Book of Eating

A wildly hilarious and irreverent memoir of a globe-trotting life lived meal-to-meal by one of our most influential and respected food critics. As the son of a diplomat growing up in places like Hong Kong, Taiwan, and Japan, Adam Platt didnât have the chance to become a picky eater. Living, traveling, and eating in some of the most far-flung locations around the world, he developed an eclectic palate and a nuanced understanding of cultures and cuisines that led to some revelations which would prove important in his future career as a food critic. In Tokyo, for instance - âa kind of paradise for nose-to-tail cookingâ - he learned that âif youâre interested in telling a story, a hair-raisingly bad meal is much better than a good one." From dim sum in Hong Kong to giant platters of Peking duck in Beijing, fresh-baked croissants in Paris and pierogi on the snowy streets of Moscow, Platt takes us around the world, re-tracing the steps of a unique, and lifelong, culinary education. Providing a glimpse into a life that has intertwined food and travel in exciting and unexpected ways, The Book of Eating is a delightful and sumptuous trip that is also the culinary coming-of-age of a voracious eater and his eventual ascension to become, as he puts it, âa professional glutton.â