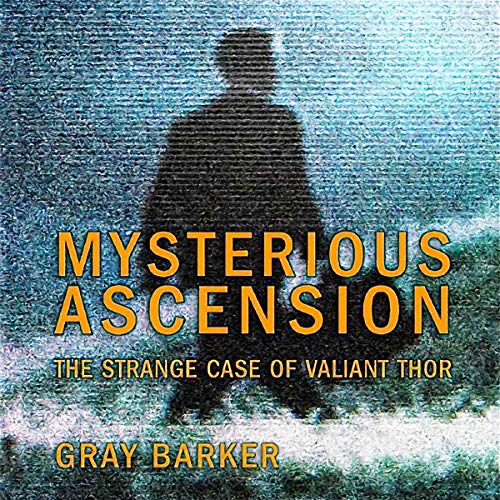 New Saucerian Press proudly presents Mysterious Ascension: The Strange Case of Valiant Thor - one of the last works ever authored by the iconic ufologist, publisher, and best-selling author, Gray Barker, whose writing informed the plotlines of shows like Star Trek, Futurama, The X-Files, Twin Peaks, The Outer Limits, and The Twilight Zone.Â  Shuttling between his Manhattan publishing office and his secluded cabin deep in the hills of his home state of West Virginia, the prolific Barker single-handedly kept public interest focused on UFOs during it leanest years and introduced many themes still discussed and investigated by todayâs paranormal and conspiracy researchers: the Roswell UFO crash, men in black, ancient aliens, Nazi UFOs, the Philadelphia Experiment, the Flatwoods Monster, Mothman, MJ-12, secret underground bases, little green men, and the Maury Island Incident.Â  Mysterious Ascension and its sister books, Serpents of Fire, Saucers of Fire, Saucers of Fear, Bigfoot Shootout, Time-Traveling Through Swamp Gas, and When Men in Black Attack: The Strange Case of Albert K. Bender were assembled by Barker shortly before his death, using material culled from deteriorating copies of his notoriously speculative newsletters and gossipy syndicated column - for years the most widely read national column on UFOs, Forteana, and âweird scienceâ. This unique edition features a newly updated introduction by Valiant Thor, an epilogue by Dr. Ogden Pearl, a note from editor Andy Colvin, and two inspiring interviews with Dr. Frank E. Stranges (Thorâs contact on Earth), which shed urgent, much-needed light on riddles such as: UFO abductions, manmade saucers, âalienâ healing, antigravity, the MIB, underground bases and tunnels, brainwashing, and remote surveillance.Â 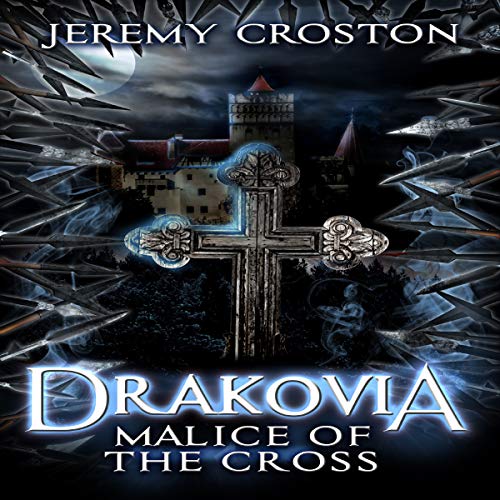 Malice of the Cross

Vlad Dracul, known as The Impaler, rules over Europe from the night with an iron fist. He's made his deal with Satan and acquired the powers of the vampyre. With black magic and his daemonic army, his path to the creation of Drakovia seems inevitable.... Except his brother, Radu, also became a creature of the night. Using his own vampyric nature to combat Vlad, Radu aligns himself with a young hunter and a blind Seer. Together, the three of them are the final hope to make sure Vlad's vile plans of dominion are never realized.Â  Return to the late 1700s and enter a world straight from your nightmares. Join Radu, Maximus Brinza, and Abigail as they combat all manner of dark creatures and their own pasts. In an era where the Bible was the only book read and where the church was the most important institution, can our three comrades protect the Vatican, or will it fall to Vlad's Malice of the Cross?