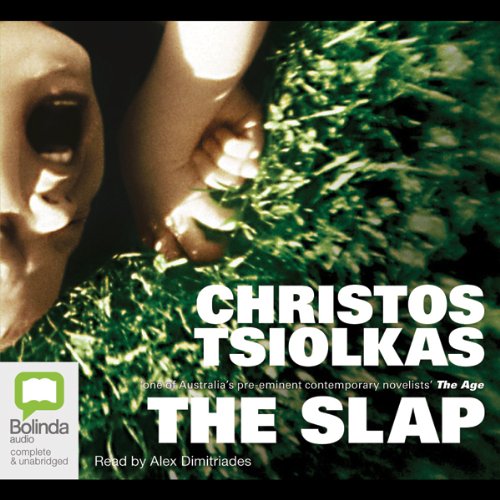 The best-selling cult author of Loaded and Dead Europe here turns his blowtorch onto the belly of middle-class suburban Australia and its notions of child-rearing and acceptable behavior. At a suburban barbecue, a man slaps a child who is not his own. This event has a shocking ricochet effect on a group of people, mostly friends, who are directly or indirectly influenced by the incident. In this remarkable novel, Christos Tsiolkas turns his unflinching and all-seeing eye onto that which connects us all: the modern family and domestic life in the 21st century. The Slap is told from the points of view of eight people who were present at the barbecue. The slap and its consequences force them all to question their own families and the way they live, their expectations, beliefs and desires. What unfolds is a powerful, haunting novel about love, sex and marriage, parenting and children, and the fury and intensity - all the passions and conflicting beliefs - that family can arouse. In its clear-eyed and forensic dissection of the ever-growing middle class and its aspirations and fears, The Slap is also a poignant, provocative novel about the nature of loyalty and happiness, compromise and truth.