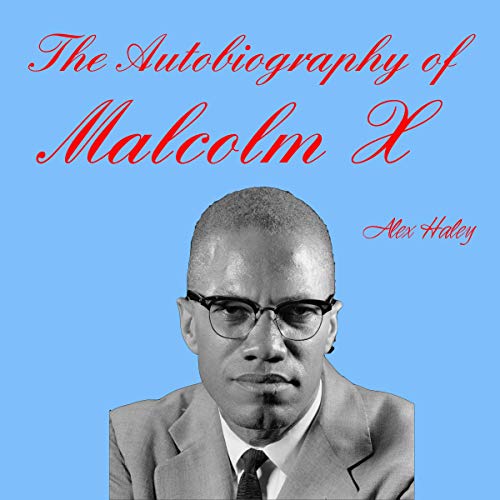 The Autobiography of Malcolm X

The Autobiography of Malcolm X was published in 1965, the result of a collaboration between human rights activist Malcolm X and journalist Alex Haley. Haley coauthored the autobiography based on a series of in-depth interviews he conducted between 1963 and Malcolm X's 1965 assassination. The Autobiography is a spiritual conversion narrative that outlines Malcolm X's philosophy of black pride, black nationalism, and pan-Africanism. After the leader was killed, Haley wrote the book's epilogue. He described their collaborative process and the events at the end of Malcolm X's life. While Malcolm X and scholars contemporary to the book's publication regarded Haley as the book's ghostwriter, modern scholars tend to regard him as an essential collaborator who intentionally muted his authorial voice to create the effect of Malcolm X speaking directly to readers. Haley influenced some of Malcolm X's literary choices. For example, Malcolm X left the Nation of Islam during the period when he was working on the book with Haley. Rather than rewriting earlier chapters as a polemic against the Nation which Malcolm X had rejected, Haley persuaded him to favor a style of "suspense and drama". According to Manning Marable, "Haley was particularly worried about what he viewed as Malcolm X's anti-semitism" and he rewrote material to eliminate it. When The Autobiography was published, The New York Times reviewer described it as a "brilliant, painful, important book." In 1967, historian John William Ward wrote that it would become a classic American autobiography. In 1998, Time named The Autobiography of Malcolm X as one of ten "required reading" nonfiction books. James Baldwin and Arnold Perl adapted the book as a film; their screenplay provided the source material for Spike Lee's 1992 film Malcolm X.