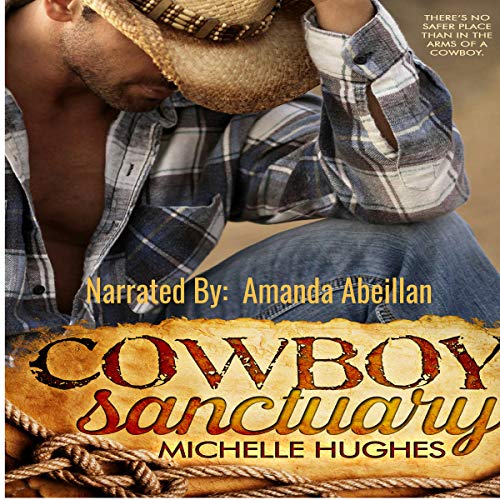 Dana Waterfields well-organized life gets tipped upside down when the brutal murder of her twin sister, Danielle, threatens to unravel everything shes worked so hard to achieve. Having found herself the sole guardian of her sisters newborn lovechild, Jeremy, and at the receiving end of her ex-brother-in-laws unchecked rage, Dana flees to the safety of Dixon Ranch and the strong, muscled arms of Brock Dixon. In order to protect the baby from the wrath of Danielles husband and murderer, Dana must assimilate into the daily routine of ranch life and rethink who she really is.  When the wrath of a madman threatens the life of her nephew and everything she holds dear, will Dana put her trust in Brock or let the winds of change tear her family apart? Falling for her sisters lover was never part of the plan, but theres something about a cowboy that no woman can resist. After all, the safest place to be is in a cowboys arms.... 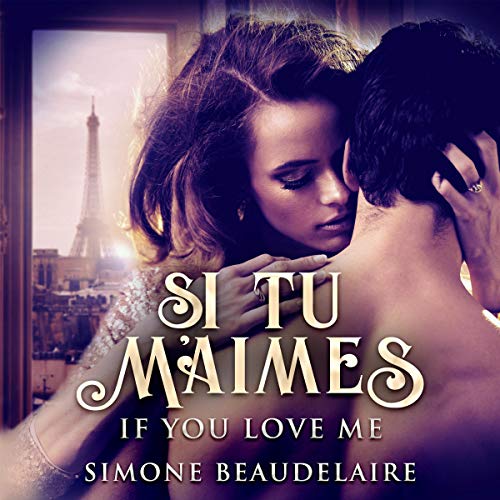 Si Tu M'Aimes: If You Love Me

Shouldnt we introduce ourselves before we get divorced? With these words, American grad student Breanne Smith cemented the attraction of Nicolas Brassard, French banker. But how can these two, with their diverging futures, make a life together? Through tragedy, heartbreak, and fear, Nick and Breanne forge an unbreakable bond that takes them from the American Midwest to the shores of France, and into a whirlwind romance that defies sense or reason. Helpless against their passion, they fight for their love, trusting that everything will be all right...as long as their love remains true. 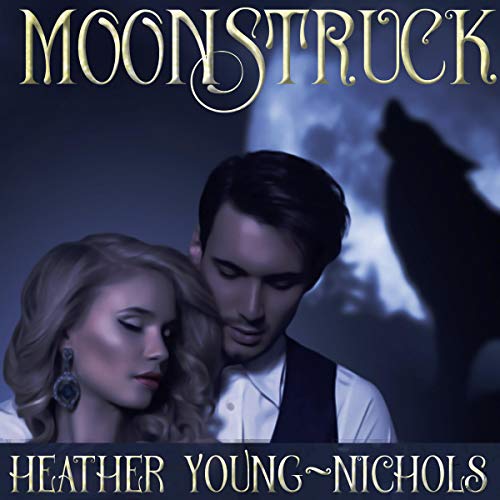 A shifter. A woman forced to marry someone else and a pack that wants her dead.

Elizabeth has never defied her father. Until she meets Orin, a dark, forbidden stranger who claims hes her mate. The way he makes her feel is terrifying but not even her fathers most brutal punishments are enough to keep her away.

When Orin discovers his mate is not only human but about to marry another man, he vows to stay away. But now thats found her, his pack wants her dead and hell do anything to protect her.

The fight with Orins family is put on hold when Elizabeth is taken hostage by a rival pack. Turns out defying her father was the easy part. Now, Elizabeth is in for a real fight to get back to the life shes created with Orin...only if she can survive. 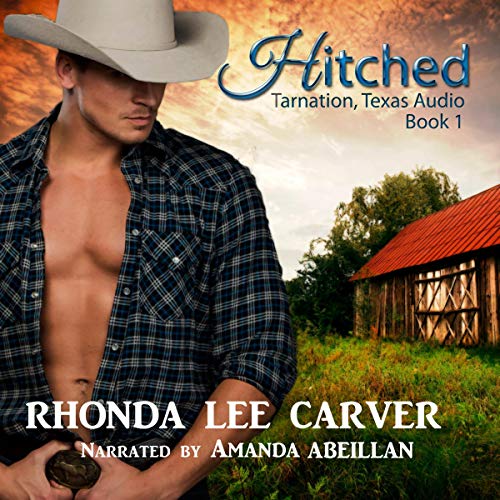 Love blossoms in the unlikeliest places...Tarnation, Texas. Buzz Colt was a liar, cheat, and a scrooge, but the one thing he did right was father five sons. Growing up without a father, Baxter Colt learned how to be a man on his own. Hed written Buzz out of his life until he passed and left a few surprises and secrets - and hoops to jump through. Fury wasnt a strong enough word to describe Baxters feelings when he heard the stipulations of his fathers will. Five brothers who are strangers are given the choice to live together for six months and work the Grinning Spurs Ranch or give up everything theyve worked for - including their homesteads. However, thats only the beginning. All five must be married before time is up. Since her mother was diagnosed with early onset Parkinsons Disease, Abriella Craig was responsible for the family bakery and her little brother. Financially, she was strapped and emotionally and physically she was alone, but when a brooding, handsome stranger strolls into town, he might be the answer to her prayers. Abriella is as sweet as the cupcakes she creates and would make the perfect wife, but as secrets start to unfold, Baxter realizes he wants more than a marriage of convenience. But is he too much like his father to ever find love?  The Colt brothers will each take a journey in finding love, brotherhood, and forgiveness in the small town of Tarnation, Texas, where love blooms in the unlikeliest places. 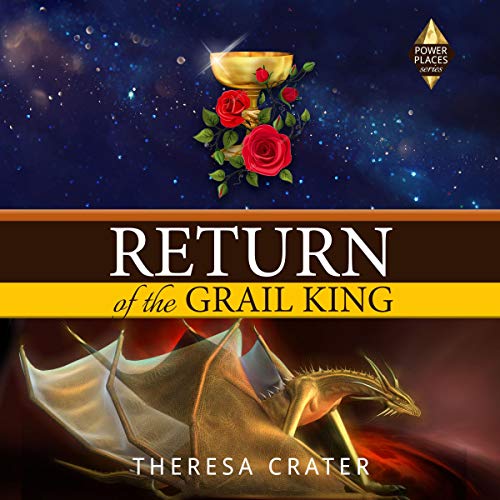 Return of the Grail King

A mystical family legacy. A powerful king destined to return. One legendary couple must correct the past to restore the future....

Anne Le Claire wont let being the descendant of a family of ancient mystics stop her from being a good mom. When her husband Michael is called away to explore an Egyptian cave-in near the due date, she hopes she can hold off on the delivery a few days longer. Little does Anne know that destiny has a plan for her baby, but a powerful enemy wants to delay the epic reincarnation...indefinitely.

Michael Levy hopes he can explore the Giza plateau site quickly and return to the opulent Le Clair family mansion post haste. With time running out before his child is born, a statue of the god Anubis comes to life and takes the Egyptologist on a detour through legendary Arthurian history. When he learns that he and Anne were responsible for a grand betrayal in another lifetime, the only way to right the wrongs of the past is to travel through time....

As an unspeakable evil puts the family fortune and their unborn child in grave danger, the help of Annes magical grandmother may not be enough to save the day. But will enlisting a modern-day Merlin counter a devious plot against Anne and Michael thats been centuries in the making?

Return of the Grail King is the third book in the Power Places series of visionary and urban fantasy novels. If you like action-packed plots, ancient mythology, and the legend of King Arthur, then youll love Theresa Craters mind-twisting series.

Buy Return of the Grail King to take on Mordred today! 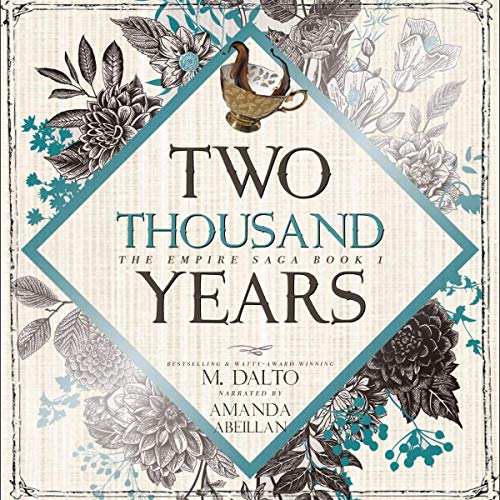 Two thousand years ago, the prophecy of fire and light foretold the coming of the queen empress who would lead the empire into a time of peace and tranquility. But instead of the coming of a prosperous world, a forbidden love for the empress waged a war that ravaged the land, creating a chasm between the factions and raising the death toll of innocent lives until the final, bloody battle. Centuries later, Alexandra, a 22-year-old barista living in Boston, is taken to an unfamiliar realm of mystery and magic where her life is threatened by Reylor, its banished lord steward. She crosses paths with Treyan, the arrogant and seductive crown prince of the empire, and together, they discover how their lives, and their love, are so intricately intertwined by a prophecy set in motion so many years ago. Alex, now the predestined Queen Empress Alexstrayna, whose arrival was foretold by the annals of the empire, controls the fate of her new home as war rages between the crown prince and lord steward. Either choice could tear her world apart, as she attempts to keep the empires torrid history from repeating itself.  In a realm where betrayal and revenge will be as crucial to her survival as love and honor, Alex must discover whether it is her choice - or her fate - that determines how she survives the empires rising conflicts.