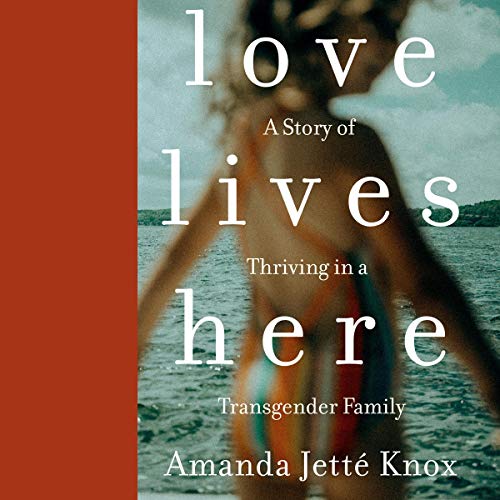 National Best Seller 2020 Canada Reads, Longlisted An inspirational story of accepting and embracing two trans people in a family - a family who shows what's possible when you "lead with love". All Amanda JettÃ© Knox ever wanted was to enjoy a stable life. She never knew her biological father, and while her mother and stepfather were loving parents, the situation was sometimes chaotic. At school, she was bullied mercilessly, and at the age of 14, she entered a counselling program for alcohol addiction and was successful. While still a teenager, she met the love of her life. They were wed at 20, and the first of three children followed shortly. JettÃ© Knox finally had the stability she craved - or so it seemed. Their middle child struggled with depression and avoided school. The author was unprepared when the child she knew as her son came out as transgender at the age of 11. Shocked, but knowing how important it was to support her daughter, JettÃ© Knox became an ardent advocate for trans rights. But the story wasn't over. For many years, the author had coped with her spouse's moodiness, but that chronic unhappiness was taking a toll on their marriage. A little over a year after their child came out, her partner also came out as transgender. Knowing better than most what would lie ahead, JettÃ© Knox searched for positive examples of marriages surviving transition. When she found no role models, she determined that her family would become one. The shift was challenging, but slowly the family members noticed that they were becoming happier and more united. Told with remarkable candour and humour, and full of insight into the challenges faced by trans people, Love Lives Here is a beautiful story of transition, frustration, support, acceptance, and, of course, love.