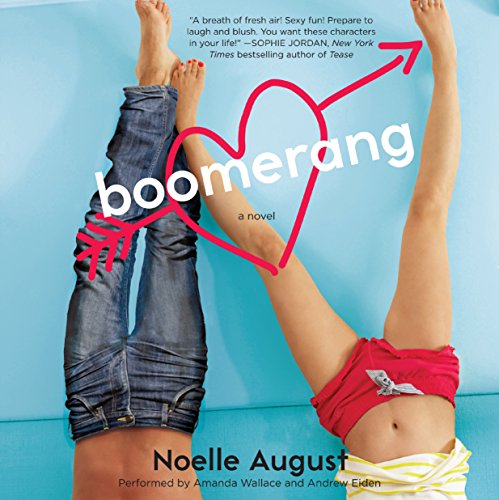 The first book in a sensational New Adult trilogy from Noelle August. Welcome to Boomerang.com, the dating site for the millennial gen with its no-fuss, no-commitments matchups, and where work is steamier than any random hook-up. Mia Galliano is an aspiring filmmaker. Ethan Vance has just played his last game as a collegiate soccer star. They're sharp, hungry for success, and they share a secret. Last night, Ethan and Mia met at a bar, and, well, one thing led to another, which led to them waking up the next morning together. Things turned awkward in a hurry when they found themselves sharing a post-hookup taxi to the same place: Boomerang headquarters. What began as a powerful connection between them is treated to a cold shower courtesy of two major complications. First, Boomerang has a strict policy against co-worker dating. And second, they're now competitors for only one job at the end of summer. As their internships come to an end, will they manage to keep their eyes on the future and their hands off each other? Or will the pull of attraction put them right back where they started? 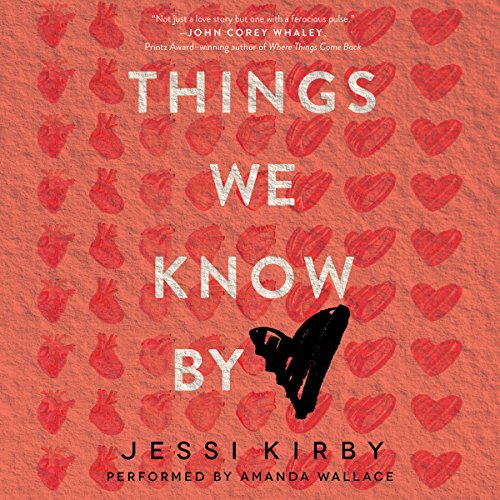 Things We Know by Heart

Quinn Sullivan lost the love of her life when her boyfriend, Trent, died in an accident their junior year. In an attempt to get closure, she reached out to the recipients of his donated organs. Though some answered her letters, the one Quinn feels matters most - the person who received Trent's heart - has been silent. Nineteen-year-old Colton Thomas has spent the last several years in and out of hospitals, waiting for a heart transplant. Now that he's finally received a new heart, Colton is regaining strength, and he's walking away from his bedridden past with no intention of looking back. He doesn't want to know about the person who had to die so he could live. He wants only to move forward. But Quinn can't let it go. Venturing outside the system to find Colton, Quinn takes a risk in hopes of finally laying her memories to rest. But what begins as an innocent conversation quickly becomes an attraction - and to make matters worse, Colton has no idea how they're connected. His zest for life pulls Quinn from her months of sorrow but leaves her torn between honesty and utter betrayal. Because no matter how hard she's falling for Colton, each beat of his heart reminds her of all she's lost.