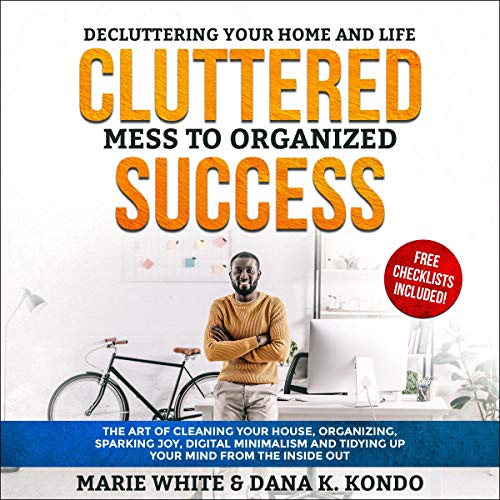 Do you feel overwhelmed, stressed, or like you constantly have a huge weight on your shoulders, and you want to get back to your old self, but you dont know where to start? Keep reading, as this book is for you. Feeling overwhelmed and under unnecessary stress? Constantly feeling like you have not reached your maximum potential yet in life, like you can do more?  You are not alone, as many like you have come here before you.  Discover how to ditch societys expectations and live by your own rules by following the blueprint you wished you had earlier.  Even if you feel sentimental when you throw old possessions away, or you simply do not feel the necessity to organize, the simplicity and effectiveness of decluttering described in this book will help you pick the things you should keep, store or donate to others by giving clear instructions. It has helped thousands of people become happier and more fulfilled in the process. Will you be one of them? Say yes, and youll discover: The simple life-hack that will help you stop feeling sentimental about your clutter and get the ball rolling while having fun The easy-to-follow steps to help yourself get rid of the things you havent touched in years without making a bigger mess Steps to put an end to the never-ending cycle of weekly cleaning tasks by applying the ARP principle Over 10 organizational tools (checklists and worksheets) that will help you declutter and organize your mind and life, once and for all The single most powerful technique to declutter and gain clarity while keeping your most treasured belongings The practical lessons and actionable checklists, worksheets, and planners will take care of the hard work for you. Simply follow the instructions and you - yes, you - can change your life by just following the steps thousands followed before you. PLEASE NOTE: When you purchase this title, the accompanying PDF will be available in your Audible Library along with the audio. 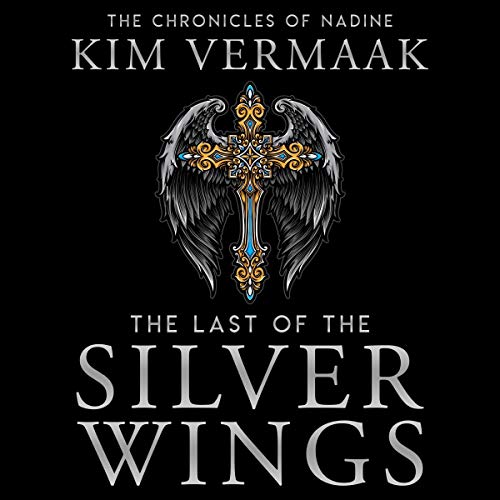 The Last of the Silver Wings

Below Nadines medieval village, the fragile peace that dragons and mankind had died to forge, is about to shatter. A power-hungry King bent on revenge discovers the legend of a darkened dragon heart. The story explodes into a plot to eliminate the church hierarchy that destroyed his mother. He must have a dragon hatchling.  Nadine wakes to the screams of her village being destroyed by dragon fire, as the last dragon mother exacts her vengeance at this cruel betrayal of mankind. And she takes hostages. The message is clear, Return the hatchling or watch the villagers die in the ancient tunnels. Ripped away from an age of innocence, this epic fantasy thrusts Nadine into a world of kings, queens, and dragons. The stakes for victory are high.  The Chronicles of Nadine is an action-packed adventure series set in a time where the struggle for world domination is real. It weaves politics and religion into the lives of a series of well fleshed out characters, who call to each of us to reckon with our own inner demons.  This series has the complexity of Game of Thrones with the moral compass of Francine Rivers. The Last of the Silver Wings, the first in the series, is an action-packed Medieval fantasy novel that speaks to our most basic fears and aspirations. The Last of the Silver Wings is the action packed first Medieval fantasy YA novel in the Chronicles of Nadine Series. If you like Christian fantasy and adventure this is a must for you.  Disclaimer: Previously published as The Great Dragon Rescue. 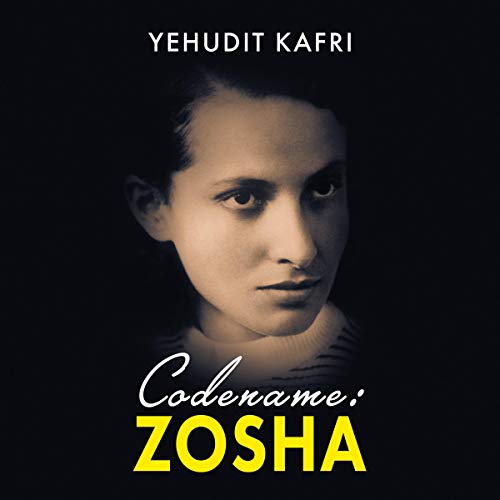 An unsung Jewish heroine of World War II and her daring activity in the Red Orchestra and a heroic struggle in a Gestapo prison. Zosha Poznanska was recruited into the Soviet spy network known as the Red Orchestra, which operated in Western Europe. It was on the eve of World War II, and Zosha was part of the inner core of the network, a third of whose members were Jews. Apparently unaware of the Jews' participation in the Red Orchestra, Hitler declared, "The Bolsheviks surpass us in one area alone: espionage!" He commanded his counterspies to eradicate this network at all costs.  This book tells the story of Zosha through all the chapters of her short life: childhood, the Hashomer Hatzair youth movement in Poland, Eretz Israel and the PKP in the 1920s, Europe in the 1930s, and the Red Orchestra. It tells of her loves, her relationships with family and friends, her daring activity in the Red Orchestra, and her heroic struggle in a Gestapo prison. The State of Israel posthumously awarded Zosha a medal of honor for fighting the Nazis.  Zosha Poznanska is an unsung Jewish heroine of World War II. Born in Kalisz Poland, she immigrated to Israel as a pioneer, and for a brief time belonged to the group that founded Kibbutz Mishmar Ha'emek. Afterwards, she joined the Palestine Communist Party (Palestiner Kumunistishe Partie in Yiddish, abbreviated PKP), and from 1930 until her death, she lived in France and Belgium. The book is a biographical novel and relies on exhaustive research; all fictional passages are derived from and based on extensive documentation. It was awarded the 2004 prize for top literary achievement by the Society of Authors, Composers and Music Publishers in Israel (ACUM). Scroll up and grab a copy today.