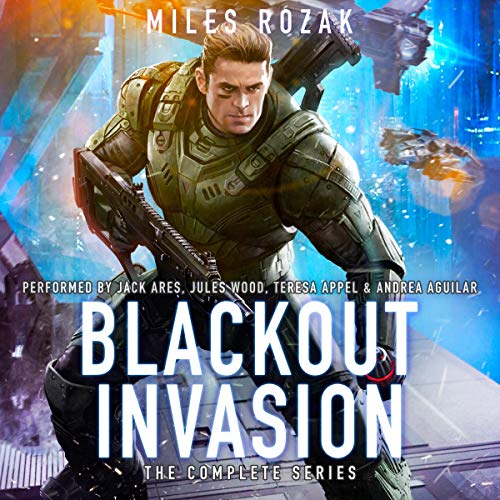 Bred to be a super soldier. Born to defy an empire. When the terrorists who killed his mother return, 19-year-old Chandler wants to enlist to fight in the coming invasion. But in the neon city of Heim, nothing is what it seems. His loved ones are starting to vanish without any explanation, and until now, his physical stats have kept the military out of reach. But then, he encounters a stranger who talks of genetic secrets from a clandestine government project. Secrets that, when unleashed, could transform Chandler into a weapon, unlike any his world has seen. Undergoing a shocking transformation, now he will stop at nothing to defend humanity in the apocalypse, even if that puts him in the crosshairs of a mysterious alien force. Even if it plunges his planet into galactic war.Â  If you like the fast pace of J.N. Chaney, the humor of Christopher Hopper, and the coming of age in Star Wars, you wonât be able to stop listening to this action-packed sci-fi adventure. Includes the complete series in one epic heroâs journey. Fourteen hours of entertainment from four professional actors...for only one credit.Â Â