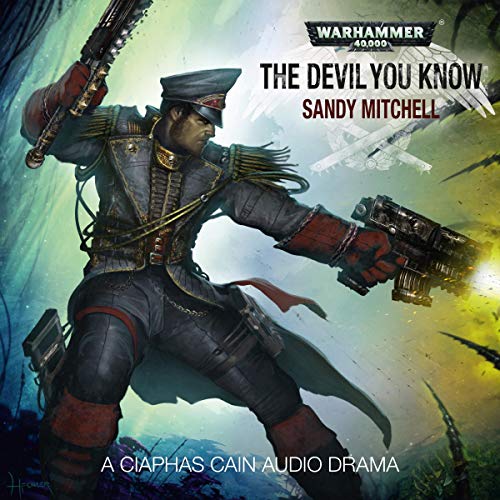 The Devil You Know

Ciaphas Cain returns! As the tyranids ravage the jungle moon on which he is stationed, the Hero of the Imperium must do the unthinkable and ally with the sinister dark eldar. As the Tyrannic Wars sweep across the face of the Eastern Fringe, Cain and Jurgen find themselves on the jungle moon of a gas giant, fighting off a splinter fleet. The world is uninhabited, but must be protected to prevent the tyranid advance threatening several nearby systems. The situation goes from bad to worse when Cain and the Catachans run into a force of insidious xenos, and the two factions are thrown into a temporary alliance purely to survive.Â  Can Cain defeat the tyranids and survive the deadly intentions of their dark allies?Â  Only time can tell! A Ciaphas Cain audio drama by Sandy Mitchell. Performed by Jonathan Keeble, Harriet Kershaw, Angus King and Toby Longworth. Directed by Christian Dunn. Music composed by Jamie Robertson.