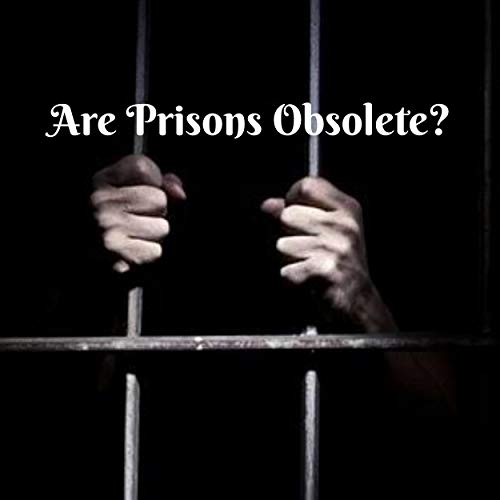 With her characteristic brilliance, grace, and radical audacity, Angela Y. Davis has put the case for the latest abolition movement in American life: the abolition of the prison. As she quite correctly notes, American life is replete with abolition movements, and when they were engaged in these struggles, their chances of success seemed almost unthinkable. For generations of Americans, the abolition of slavery was the sheerest illusion. Similarly, the entrenched system of racial segregation seemed to last forever, and generations lived in the midst of the practice, with few predicting its passage from custom. The brutal, exploitative (dare one say, lucrative?) convict-lease system that succeeded formal slavery reaped millions to Southern jurisdictions (and untold miseries for tens of thousands of men and women). Few predicted its passing from the American penal landscape. Davis expertly argues how social movements transformed these social, political, and cultural institutions and made such practices untenable. In Are Prisons Obsolete?, Professor Davis seeks to illustrate that the time for the prison is approaching an end. She argues forthrightly for "decarceration" and for the transformation of the society as a whole. 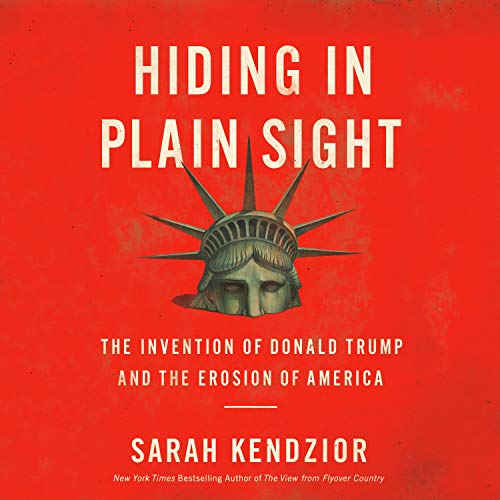 New York Times best-selling author Sarah Kendzior documents the truth about the calculated rise to power of Donald Trump since the 1980s and how the erosion of our liberties made an American demaÂ­gogue possible. This program is read by the author. The story of Donald Trumpâs rise to power is the story of a buried American history - buried because people in power liked it that way. It was visible without being seen, influential without being named, ubiquitous without being overt.Â  Sarah Kendziorâs Hiding in Plain Sight pulls back the veil on a history spanning decades, a history of an American autocrat in the making. In doing so, she reveals the inherent fragility of American democracy - how our continual loss of freedom, the rise of consolidated corruption, and the secrets behind a burgeoning autocratic United States have been hiding in plain sight for decades.Â  In Kendziorâs signature and celebrated style, she expertly outlines Trumpâs meteoric rise from the 1980s until today, interlinking key moments of his life with the degradation of the American political system and the continual erosion of our civil liberties by foreign powers. Kendzior also offers a never-before-seen look at her lifelong tendency to be in the wrong place at the wrong time - living in New York through 9/11 and in St. Louis during the Ferguson uprising, and researching media and authoritarianism when Trump emerged using the same tactics as the post-Soviet dictatorships she had long studied.Â  It is a terrible feeling to sense a threat coming, but it is worse when we let apathy, doubt, and fear prevent us from preparing ourselves. Hiding in Plain Sight confronts the injustice we have too long ignored because the truth is the only way forward.Â  A Macmillan Audio production from Flatiron Books Â Â  "Sarah Kendzior, in her brilliant new book, is one of the few journalists who grasps what is happening. Kendzior is a student of autocracy...she has been warning from the get-go that Trump is working to turn America into one." (David Cay Johnston, author of The Making of Donald Trump) PLEASE NOTE: When you purchase this title, the accompanying PDF will be available in your Audible Library along with the audio.Â 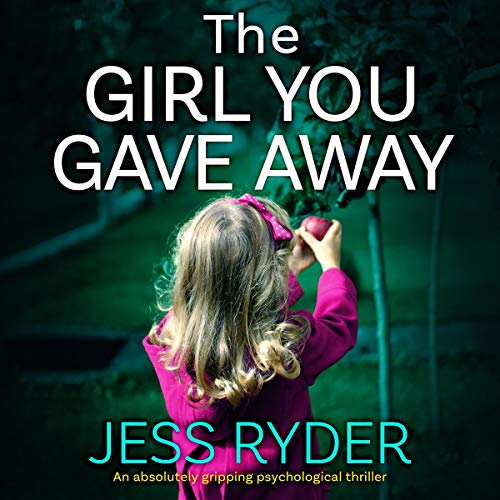 The Girl You Gave Away

An absolutely gripping psychological thriller All she wanted was the life they had.... It is the day of Erinâs 40th birthday party. Pink and silver balloons drift through her garden, the platters of food are empty, and the recycling is overflowing with empty wine bottles.Â  As Erin mingles with groups of family and friends, surrounded by love and laughter, she feels like the luckiest woman alive. She has no idea what fate has in store.... Then a little red envelope lands on the doormat and everything changes.Â  Inside is a birthday card from somebody she never dreamed would get in touch. Its message is a chilling reminder of the dark past that Erin has worked so hard to bury, a past that could put her precious family in terrible danger.... A gripping, spine-chilling listen brimming with secrets and lies. If you loved The Girl on the Train or The Woman in the Window then this dark, twisting psychological thriller from best-selling author Jess Ryder is guaranteed to have you gripped. 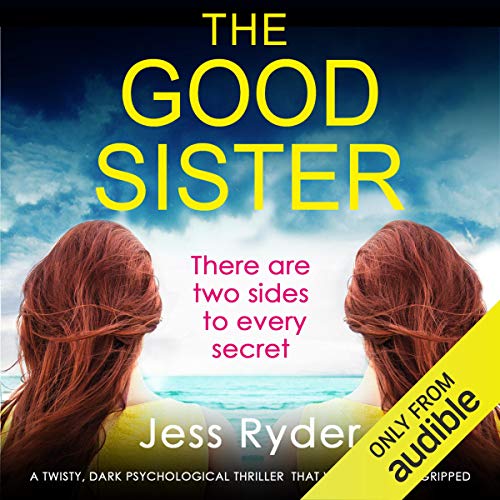 There are two sides to every secret. When her beloved father dies, Josie is devastated to uncover a secret life he has led with another family: another house, another woman, and a half sister, Valentina. Born in the same week, in the same hospital, they look so physically alike they could be mistaken for twins. But the similarities end there.... Josie is sweet and reserved, a counsellor with the perfect boyfriend and the perfect life. Valentina is damaged and reckless, and she always gets what she wants. But what she wants is Josie's life, and she'll stop at nothing until she has it. A tense, pause-resisting story that will keep you listening into the night. Perfect for fans of Louise Jensen, Claire Douglas, and Sue Fortin. 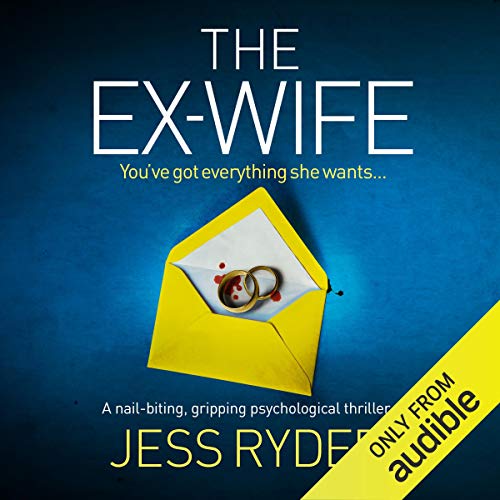 Youâve got everything she wants.... Newly married Natasha has the perfect house, a loving husband, and a beautiful little girl called Emily. Sheâd have it all if it wasnât for Jen, her husbandâs ex-wife who just wonât leave them alone.... Then Natasha returns home one day to find her husband and Emily gone without trace. Desperate to get her daughter back, Natasha will do anything even if it means accepting an offer of help from Jen. But can she trust her? And do either of them really know the man they married? If you loved The Girl on the Train, Gone Girl or The Couple Next Door, then this dark, twisting psychological thriller from Amazon best-seller Jess Ryder is guaranteed to grip you.Â  "This is, without a doubt, one of the best psychological thrillers I have read this year.... OMG this book is so darn good!.... I kept telling myself, 'Just one more chapter', then before I knew it, I had devoured it in one day! If you are looking for a fast-paced engaging read, this is the book for you! I highly recommend giving it a whopping 5 stars." (Sistas with Books Book Club, 5 stars)Â 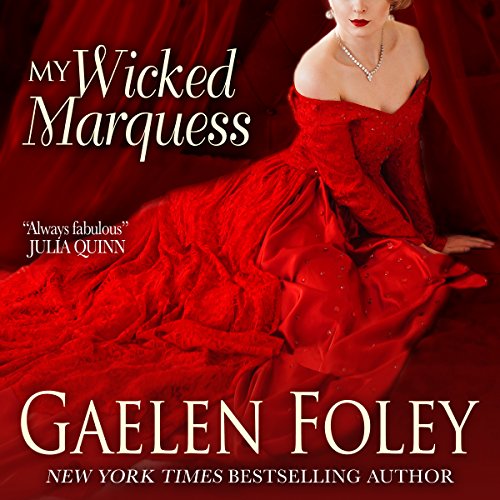 The Inferno Club, a scandalous gathering of wealthy libertines and highborn rakehells devoted to their wicked pleasures. Or so they are known to London society. Little does the world suspect the true purpose of the Inferno Club - or the unseen threat looming over England, which these select, powerful lords are secretly sworn to fight. Recruited as lads from noble families, trained in an array of deadly arts, they are the operatives of a covert order so mysterious that few beyond the crown even know it exists. As dutiful peers of the realm, however, they are expected to take wives - and marriage may prove their most perilous mission yet! For it takes a lady of uncommon spirit to love an especially dangerous hero. With the war against Napoleon winding down, the Marquess of Rotherstone decides it's time to restore his family's tainted reputation. But as a member of the Inferno Club, he knows there is only one way to redeem himself in society's eyes: marry an impeccable young lady of beauty and breeding, whose behavior is well beyond reproach. Someone quite unlike Miss Daphne Starling. True, she is temptingly lovely, but a whiff of scandal suggests the blond beauty may be a jilt who enjoys toying with her suitors' emotions. Still, Max cannot resist her allure - or the challenge of proving London's gossips wrong. Pursuing her with a spy's cool, calm calculation, he is soon swept up in the chase. He would do anything to win her hand...and prove that even a very wicked marquess can become the ideal husband. 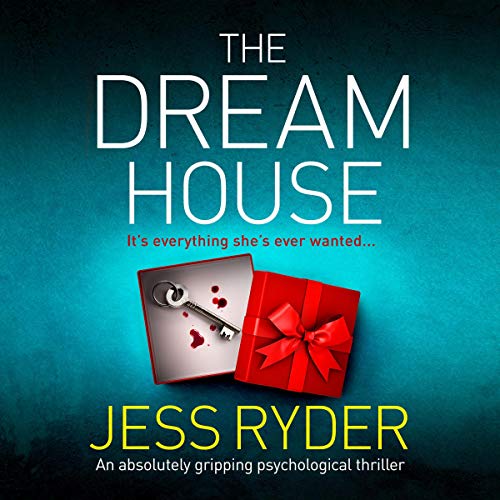 Itâs everything sheâs ever wanted...

When I first set eyes on Westhill House with its breathtaking views of the sea, I knew Jack and I could make this our forever home.

It may be falling apart with an overgrown garden, but with some tender loving care, we can repair this beautiful building and perhaps our relationship, too...

At least Lori is here to keep me company.

She has her own troubles, yet she always listens to mine.

Sheâs helping to restore the house, uncovering its secrets one by one.

Like the childrenâs drawings under the wallpaper in the back bedroom.

The hidden papers underneath the floorboards in the turret room.Â

And the fact that Westhill House is a place women used to go to feel safe....

Lori seems to know a lot about Westhill House.

The question is, why?

A gripping, spine-chilling listen brimming with secrets and lies. If you loved The Girl on the Train, The Wife Between Us, or The Woman in the Window then this dark, twisting psychological thriller from Amazon chart best seller Jess Ryder is guaranteed to have you gripped.