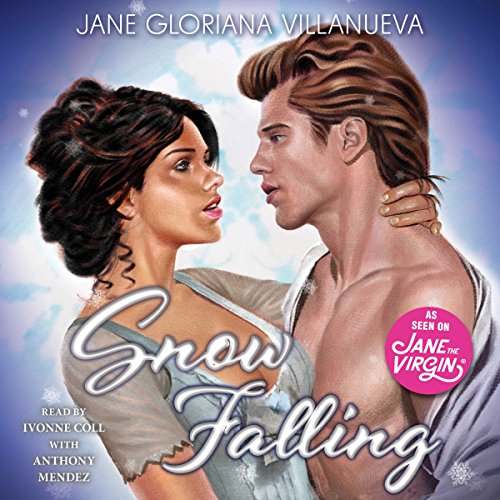 Narrated by Ivonne Coll and Anthony Mendez from TV's Jane the Virgin! It's been a lifetime (and three seasons) in the making, but Jane Gloriana Villanueva is finally ready to make her much-anticipated literary debut! Jane the Virgin, the Golden Globe, AFI, and Peabody Award-winning The CW dramedy, has followed Jane's telenovela-esque life - from her accidental artificial insemination and virgin birth to the infant kidnapping and murderous games of the villainous Sin Rostro to an enthralling who-will-she-choose love triangle. With these tumultuous events as inspiration, Jane's breathtaking first novel adapts her story for a truly epic romance that captures the hope and the heartbreak that have made the television drama so beloved. Snow Falling is a sweeping historical romance set in 1902 Miami - a time of railroad tycoons, hotel booms, and exciting expansion for the Magic City. Working at the lavish Regal Sol hotel and newly engaged to Pinkerton Detective Martin Cadden, Josephine Galena Valencia has big dreams for her future. Then, a figure from her past reemerges to change her life forever: the hotel's dapper owner, railroad tycoon Rake Solvino. The captivating robber baron sets her heart aflame once more, leading to a champagne-fueled night together. But when their indiscretion results in an unexpected complication, Josephine struggles to decide whether her heart truly belongs with heroic Martin or dashing Rake. Meanwhile, in an effort to capture an elusive crime lord terrorizing the city, Detective Cadden scours the back alleys of the Magic City, tracking the nefarious villain to the Regal Sol and discovering a surprising connection to the Solvino family. However, just when it looks like Josephine's true heart's desire is clear, danger strikes. Will her dreams for the future dissolve like so much falling snow, or might Josephine finally get the happy ever after she's been dreaming of for so long? 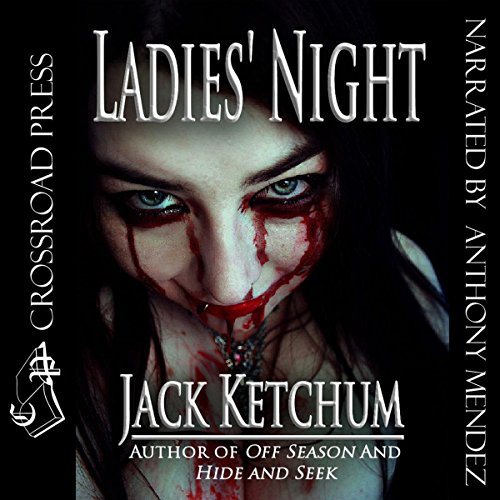 Ladies' Night is a non-stop rollercoaster ride of sheer nerve rattling terror, previously deemed too violent for mass-market publication. In this modern tale of the ages-old battle of the sexes carried to the extreme, Jack Ketchum again provides listeners with an excursion into horror as relentless as a John Woo film. Tom Braun and his wife, Susan, aren't exactly a picturesque couple. Thus it comes as no surprise that Tom continually spends late evenings in bars and cheats on his wife. Unfortunately, their son, Andy, is caught in the middle of his parent's childish banter and family chaos. One life-altering evening turns this family's, along with most of New York's, perceptions on the nuclear family and male/female relationships upside down. When a tanker trunk with "Ladies Inc." emblazoned on the side crashes in a quiet area in New York, an area it doesn't have authorization to be in, it liberally spills its contents all over the road and into the surrounding atmosphere. The local authorities deem the contents of the spill to be safe, based merely on the assumption that products coming from a women's label are more than likely benign. Moreover, the smell emanating from the spill is one of sweet cherry, similar to lollipops, which must of course be harmless if not favorable. This aforementioned assumption proves fatally incorrect. The chemical load the truck was hauling procures a discomfiting, bestial effect in women, forcing them to savagely attack males in their vicinity - be they former friend or foe. Tom, while at a local bar, absorbs the evening's strange turn of events with traumatizing clarity as he witnesses first hand the metamorphosis of surrounding women into gruesomely instinctual brutes and mantis-like predators. He must get home to his son Andy, who is currently alone with his wife, Susan - before it is too late. (A multicast production.)