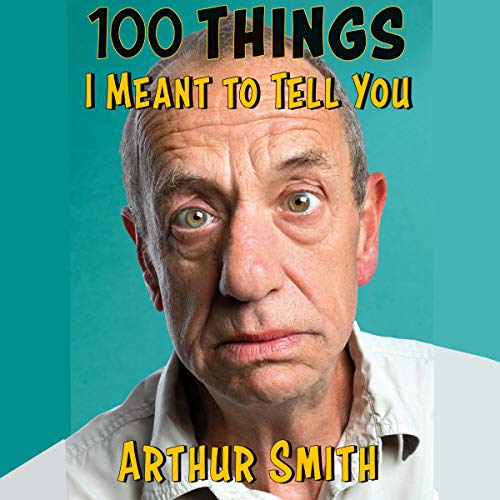 100 Things I Meant to Tell You

Arthur Smith is a "national treasure", extremely well-loved, with more than 45K Twitter followers. An anthology of Arthur Smithâs uniquely varied written work, this is Arthur's first book for many years. 100 Things I Meant to Tell You brings together 100 stories, poems, and articles gathered over a colourful lifetime making a living on the comedy circuit. In 2005, Arthur turned down a Perrier Award for Lifetime Achievement, saying, âThey wanted to tell me I was old and cool; well, I know that already.â Currently the popular host of BBC Radio 4 Extraâs Comedy Club, he has travelled all over the British Isles and the rest of the world performing and reporting on a range of subjects as diverse as flotsam and jetsam in Holland (in a series for BBC 1âs The One Show) and more recently, goat yoga in Ipswich, but never before has he corralled all these wonderful stories into book form.Â  Some humorous, some anecdotal, some nostalgic, and some extremely poignant, the stories include the time Arthur was arrested for "breach of the peace and possession of a megaphone", the time he hitched a lift from a nun and heard his own voice (imitating Leonard Cohen) playing on her car radio, the fight he had with Billy Connelly, his flight in a Tiger Moth, and - in verse - his hatred of Teletubbies. Covering a huge range of subjects and emotions, tales of hilarious, chaotic antics are juxtaposed with gentle, bittersweet stories about love affairs that ended badly and his motherâs journey into dementia, making this a cornucopia of delight for Arthur Smith fans everywhere. 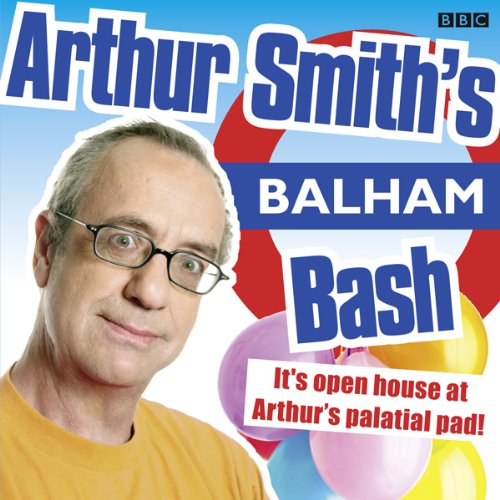 Arthur Smith invites an audience into his South London home for comedy, music and entertainment.

There's jamming in the kitchen, chuckles in the front room and poetry on the landing. Pippa Evans is a regular contributor as singer-songwriter Loretta Maine, while special guests include Paul Sinha, Milton Jones, Glenn Tilbrook, Benjamin Zephaniah, Stephen K. Amos, Matt Holness, Micky Flanagan, Nat Luurtsema, Stewart Lee and Reginald D. Hunter. Among the musicians finding a performance space amid the debris that is Arthurâs life are Alabama 3 and Sophie Ellis-Bextor. 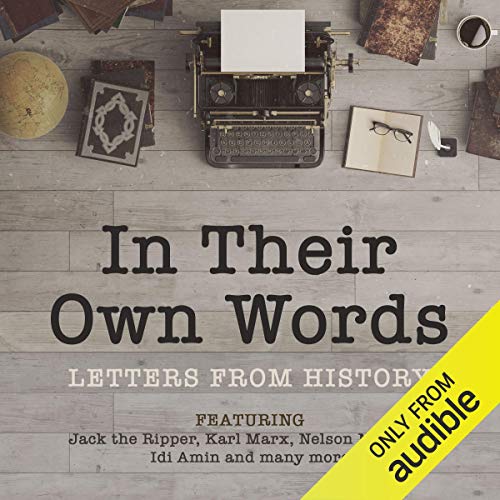 In Their Own Words

The way we communicate has changed. Today many of our interactions are digital, but until recently writing letters was the norm. Drawing from over 100 miles of records held at the UK's official government archive, The National Archives at Kew, this collection of letters, postcards and telegrams will shine a spotlight on a range of significant historical moments and occurrences, recapturing a lost world in which correspondence was king. The audiobook includes letters from Karl Marx, requesting UK citizenship; an anonymous writer purporting to be Jack the Ripper; Josef Kramer, the commandant of Bergen Belsen; Winston Churchill to President Roosevelt, requesting US support against Hitler; Clement Atlee to Harry S Truman following Hiroshima; the spies Burgess and Maclean; as well as the 'real Charlotte Gray' spy, Christine Granville, amongst others. Topics covered include the Monteagle letter that warned about the Gunpowder plot, letters from the Wright brothers trying to get the War Office to fund their aeronautical research, a dispatch on the murder of Archduke Franz Ferdinand, Christine Keeler's Russian-British love triangle that begat the Profumo affair, US disapproval of British trade with Cuba, a letter reporting on the first day of the trial of Nelson Mandela, and the anonymous letter that framed the Krays. The audiobook features approximately 80 letters, each with a 600-word essay, and a 3,000-word introduction.