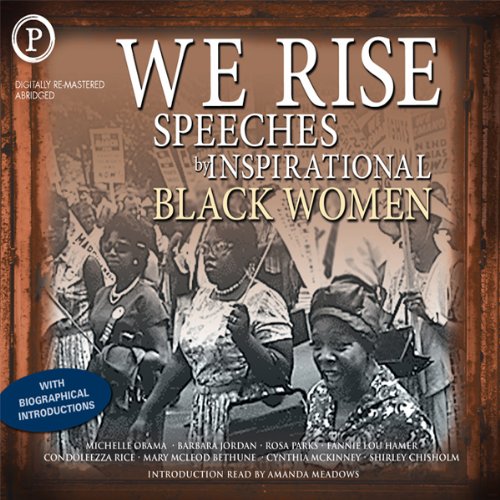 We Rise: Speeches by Inspirational Black Women is a rare compilation of memorable speeches delivered by celebrated African-American women from both the past and present. Spanning decades and elucidating the fight for equality, it not only captures important pieces of Black history, but reveals the struggle from a female perspective. The live recordings in this captivating collection are preceded by a short biography to introduce each speaker. Speeches include: Michelle Obama at the Democratic National Convention (2008) Shirley Chisholm on Equal Rights for Women (1969) Barbara Jordan, Who Will Speak for the Common Good? (1976) Fannie Lou Hamer at the Democratic National Convention (1964) Rosa Parks at the Million Man March (1995)