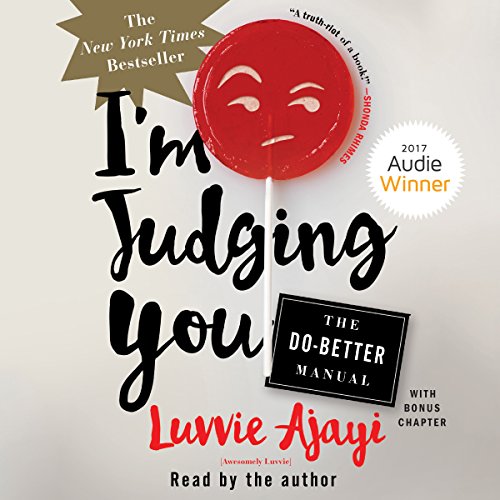 Updated edition includes bonus chapter Winner of the 2017 Audie Award for Humor "A truth-riot of a book!" (Shonda Rhimes) New York Times best seller Number-one Washington Post best seller Redbook "20 Books by Women You Must Read This Fall" GoodHousekeeping.com "17 New Best New Books to Read This Fall" BookRiot "100 Must-Read Hilarious Books" Goodreads Choice Awards Nominee Now in development with Shondaland and ABC Signature Studios as a cable television series Comedian, activist, and hugely popular culture blogger at AwesomelyLuvvie.com Luvvie Ajayi serves up necessary advice for the masses in this hilarious book of essays. With over 500,000 readers a month at her enormously popular blog, AwesomelyLuvvie.com, Luvvie Ajayi is a go-to source for smart takes on pop culture. I'm Judging You is her debut book of humorous essays that dissects our cultural obsessions and calls out bad behavior in our increasingly digital, connected lives. It passes on lessons and side-eyes on life, social media, culture, and fame, from addressing those terrible friends we all have, to serious discussions of race and media representation, to what to do about your fool cousin sharing casket pictures from Grandma's wake on Facebook. With a lighthearted, razor sharp wit and a unique perspective, I'm Judging You is the handbook the world needs, doling out the hard truths and a road map for bringing some "act right" into our lives, social media, and popular culture. It is the Do-Better Manual. 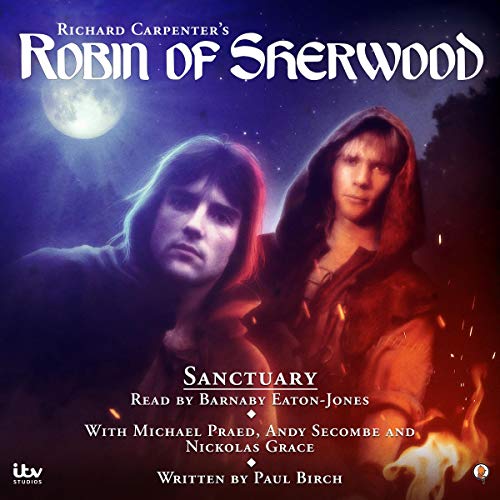 Two enemies find themselves trapped together in an abandoned church on the far edge of Sherwood. Robin of Loxley and the Sheriff of Nottingham are both wounded, and without weapons, in the care of a hedge-priest. The ancient law of sanctuary means that no blood can be shed but emotions are running feverishly high. Narrated by Barnaby Eaton-Jones. Starring: Michael Praed, Nickolas Grace, Andy Secombe, and Daniel Abineri. 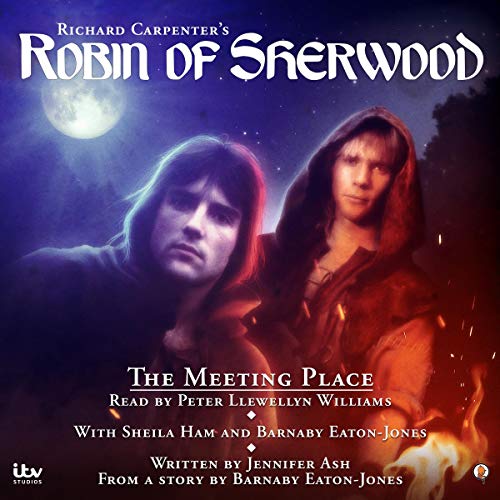 The village of Papplewick has a new head family keen to exchange goodwill with the outlaws. Much is less than thrilled when Robin decides he should be the one to meet with the head villagerâs eldest child each month, to swap tax money for food and information. The last thing Much wants is to trudge across Sherwood in all weathers to talk to a girl.