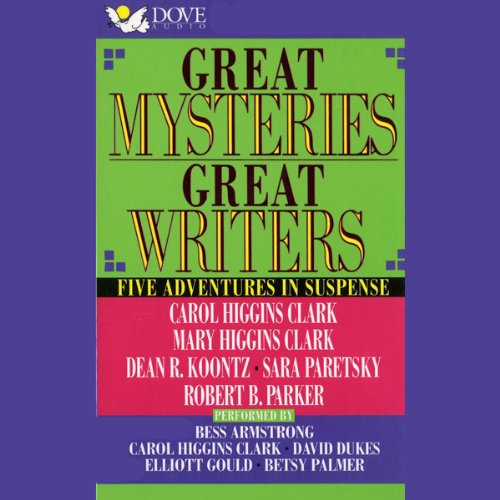 This anthology of suspense showcases 5 renowned American mystery writers. The mixture begins with Lucky Day, by Mary Higgins Clark (narrated by Betsy Palmer). It's the story of a young bride who suspects her husband is somehow involved in a strange disappearance. Trapped, by Dean R. Koontz (narrated by Bess Armstrong), takes you into the darkest depths of terror as he explores the psychology of both sides of the human hunt. In Pastime, by Robert B. Parker (narrated by David Dukes), Spenser comes to the aid of a boy he once straightened out. Carol Higgins Clark narrates her own story, Snagged, in which private eye Regan Reilly follows a trail of murder and deceit at a pantyhose convention. Finally, Dealer's Choice, by Sara Paretsky (narrated by Elliott Gould), pays homage to Raymond Chandler by bringing back Philip Marlowe to investigate a case.