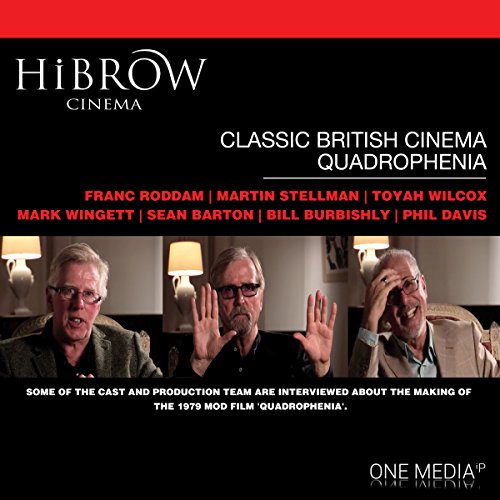 Some of the cast and production team are interviewed about the making of the 1979 mod film Quadrophenia.Â Â  Featuring interviews with Phil Davis, Toyah Wilcox, Mark Wingett, Sean Barton, Franc Roddam, Bill Burbishly and Martin Stellman.Â  Listen to find out about the cast's feelings about the film, the huge buzz around it and how the production team first became involved in its creation.