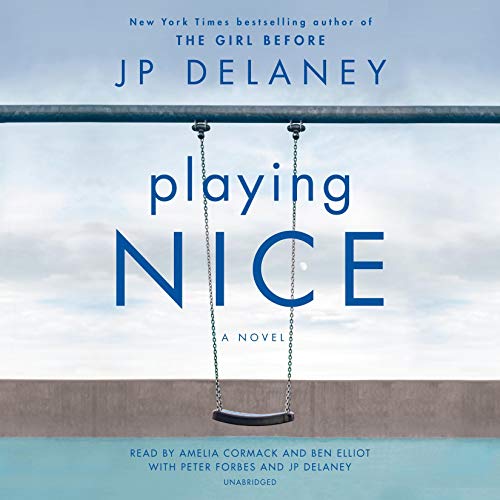 What if you found out that your family isnt yours at all? How far would you go to protect them? A gripping new psychological thriller from the best-selling author of The Girl Before.... "[JP] Delaney takes domestic suspense beyond its comfort zone. (Marilyn Stasio, The New York Times Book Review) Pete Riley answers the door one morning and lets in a parent's worst nightmare. On his doorstep is Miles Lambert, a stranger who breaks the devastating news that Pete's son, Theo, isn't actually his son - he is the Lamberts', switched at birth by an understaffed hospital while their real son was sent home with Miles and his wife, Lucy. For Pete, his partner Maddie, and the little boy they've been raising for the past two years, life will never be the same again. The two families, reeling from the shock, take comfort in shared good intentions, eagerly entwining their very different lives in the hope of becoming one unconventional modern family. But a plan to sue the hospital triggers an official investigation that unearths some disturbing questions about the night their children were switched. How much can they trust the other parents - or even each other? What secrets are hidden behind the Lamberts' glossy front door? Stretched to the breaking point, Pete and Maddie discover they will each stop at nothing to keep their family safe. They are done playing nice. 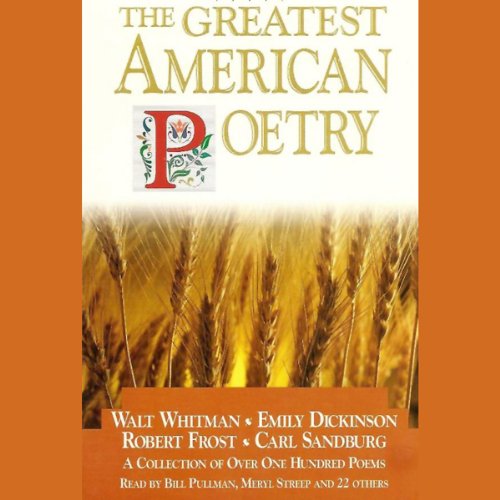 Elliott Gould, Burt Reynolds, Meryl Streep, and a host of other celebrities read over 100 poems by four of America's greatest poets. Walt Whitman celebrates the brash and rugged individualism of his country in exuberant language. The spare, precise language of Emily Dickinson conveys her penetrating vision of the natural world and an acute understanding of the most profound human truths. Robert Frost draws his inspiration from everyday incidents, common situations, and rural imagery. Pulitzer Prize winner Carl Sandburg's poetry embodies a love of and compassion for the common man that earned him the nickname "poet of the people". 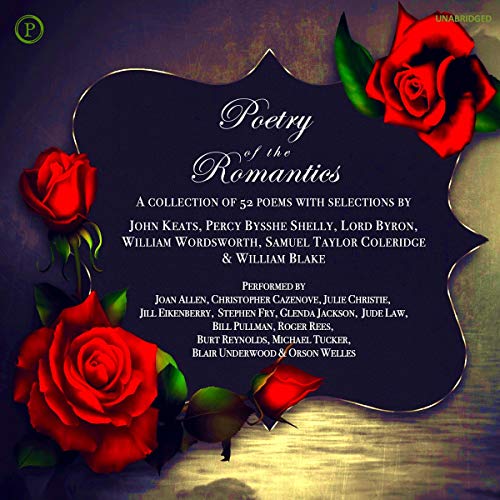 The Poetry of the Romantics

Audie Award Winning Audio  Here is the quintessence of romance that spans not only the ages but the full range of passionate expression of love in all of its forms and stages. Authors include John Keats, Percy Bysshe Shelley, George Gordon Byron, Baron Byron, William Wordsworth, Samuel Taylor Coleridge, and William Blake. 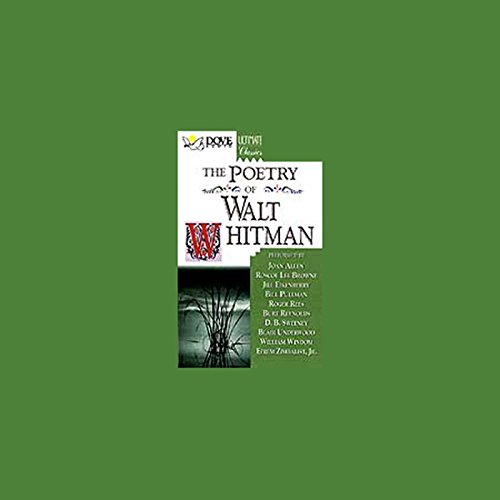 The Poetry of Walt Whitman

Perhaps the first great and truly "American" poet, Walt Whitman's writing reflected the idealism and turbulence of the mid-19th century. His poetry broke new stylistic ground with its unconventional meter and rhyme schemes, yet celebrated democratic values, the beauty of nature, and the complex variety and vitality of American life. The Poetry of Walt Whitman presents 32 of his most remarkable works, including "In Paths Untrodden", "For You O Democracy", and "Tears", eloquently performed by Joan Allen, Bill Pullman, Burt Reynolds, and seven other renowned actors. 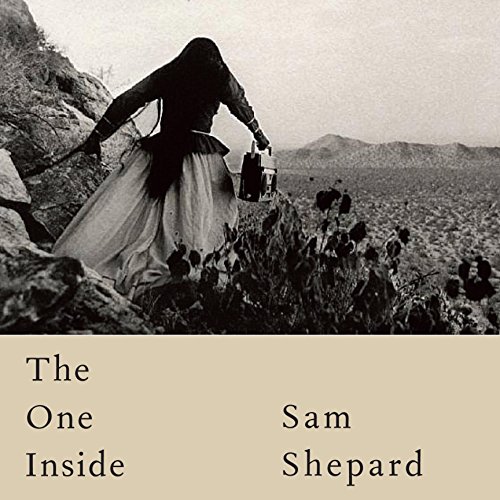 The first work of long fiction from the Pulitzer Prize-winning playwright - a tour de force of memory, mystery, death, and life. This searing, extraordinarily evocative narrative opens with a man in his house at dawn, surrounded by aspens, coyotes cackling in the distance as he quietly navigates the distance between present and past. More and more, memory is overtaking him: in his mind he sees himself in a movie-set trailer, his young face staring back at him in a mirror surrounded by light bulbs. In his dreams and in visions he sees his late father - sometimes in miniature, sometimes flying planes, sometimes at war. By turns, he sees the bygone America of his childhood: the farmland and the feedlots, the railyards and the diners - and, most hauntingly, his father's young girlfriend, with whom he also became involved, setting into motion a tragedy that has stayed with him. His complex interiority is filtered through views of mountains and deserts as he drives across the country, propelled by jazz, benzedrine, rock and roll, and a restlessness born out of exile. The rhythms of theater, the language of poetry, and a flinty humor combine in this stunning meditation on the nature of experience, at once celebratory, surreal, poignant, and unforgettable. With a foreword written and read by Patti Smith 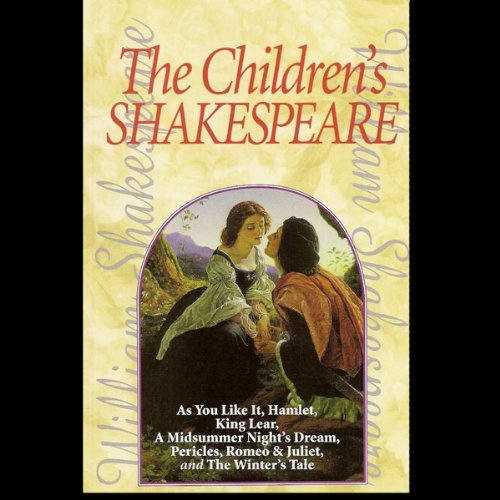 Eight of Shakespeare's most celebrated plays have been specifically adapted to introduce young listeners to his works. Based on the work of E. Nesbit, these classic retellings capture the drama and flavor of each original play, while simplifying plot and detail.