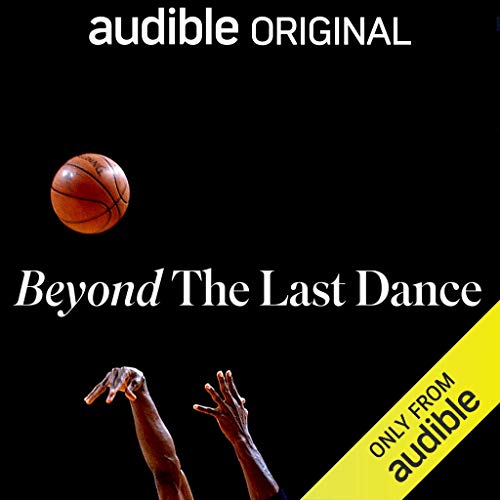 Beyond The Last Dance

You know their names. Michael Jordan. Scottie Pippen. Dennis Rodman. Steve Kerr. Phil Jackson. Jordans 1990s Chicago Bulls championship teams were arguably the greatest in NBA history. Maybe the greatest teams in any sport ever. Jackson named what would ultimately be their final season together The Last Dance. Their last run at an NBA championship. But The Last Dance was just the beginning. These are the stories you dont know about. These are the recordings no one has heard before. These are the secrets about what it takes to win--on the court and in life. This is Beyond The Last Dance. Beyond The Last Dance is a 10-part podcast series hosted by acclaimed sports journalist J.A. Adande, who covered the Bulls and Jordan during their championship years, and co-hosted by B.J. Armstrong, the All-Star guard who played alongside Jordan for three of the Bulls six championships. The Last Dance documentary gave fans a taste of the history, the heartbreak and the hard work that forged a dynasty. In this podcast, well go even deeper into the stories behind the success of Jordan and the Bulls. Well reveal how those Bulls teams tie into todays NBA, and well explore what it takes to make a winner, the sacrifices it takes to unite as a team, and lots more. This series isnt just about basketball - its about life. Beyond the Last Dance also features great guests (like former Last Dance Bulls guard and current Golden State Warriors head coach Steve Kerr), and exclusive interview clips from the hundreds of hours of interviews conducted for The Last Dance that were locked away (until now). So - what time is it? Game time! This is an Audible Original Podcast. Free for members. This series has 10 episodes - a new episode will arrive in your library weekly, on a Thursday.