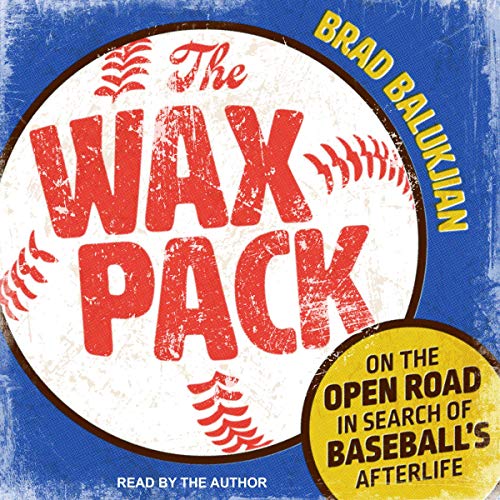 Is there life after baseball? Starting from this simple question, The Wax Pack ends up with something much bigger and unexpected - a meditation on the loss of innocence and the gift of impermanence, for both Brad Balukjian and the former ballplayers he tracked down.  To get a truly random sample of players, Balukjian followed this wildly absurd but fun-as-hell premise: he took a single pack of baseball cards from 1986 (the first year he collected cards), opened it, chewed the nearly 30-year-old gum inside, gagged, and then embarked on a quest to find all the players in the pack. Absurd, maybe, but true. He took this trip solo in the summer of 2015, spanning 11,341 miles through 30 states in 48 days. Balukjian actively engaged with his subjects - taking a hitting lesson from Rance Mulliniks, watching kung fu movies with Garry Templeton, and going to the zoo with Don Carman. In the process of finding all the players but one, he discovered an astonishing range of experiences and untold stories in their post-baseball lives, and he realized that we all have more in common with ballplayers than we think.  While crisscrossing the country, Balukjian retraced his own past, reconnecting with lost loves and coming to terms with his lifelong battle with obsessive-compulsive disorder.