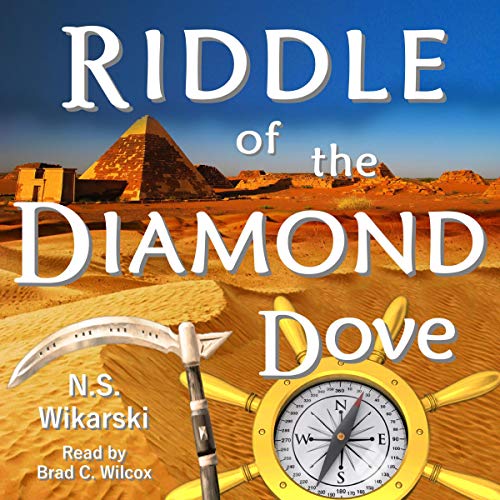 Riddle of the Diamond Dove

College freshman Cassie Forsythe wakes from a disturbing nightmare after seeing her sister being murdered by a man in a cowboy hat who demands something called "the key". Her dream morphs into frightening reality when her sister is found dead, exactly as her vision foretold.Â  Cassie's life takes an even more bizarre turn once she learns that her dead sister, an antique dealer, has discovered the location of a cache of priceless Minoan artifacts. A secret society called the Arkana and a fanatical religious cult known as the Blessed Nephilim are each determined to claim the prize.Â  Caught squarely between these rival factions is Cassie herself, after she stumbles across the only known map to the treasure. The girl allies herself with the Arkana in hopes of staying alive. With Nephilim assassins on her trail, that's easier said than done.Â  In Riddle of the Diamond Dove, the Arkana and the Nephilim hunt for buried relics in Africa. They must sift an entire continent - their only lead a riddle carved onto a mysterious bird sculpture. Even as the Arkana team struggles to decipher the clue, new dangers hover over their colleagues at home. A Nephilim henchman, sent to track down the runaway bride of the cult's leader, creeps ever closer to her hiding place among the Arkana. Troubles multiply when another Nephilim operative recruits a clever ally who might be more than a match for the opposing side. As the forces of the Arkana and the Nephilim converge on a ruined city in a forgotten corner of the dark continent, the shocking outcome is beyond anyone's powers to foresee. The quest for lost artifacts will veer in an unexpected direction once both sides solve the riddle inscribed on the wings of the Diamond Dove. For fans of archaeology adventure, alternative history thrillers, and treasure hunt mysteries. 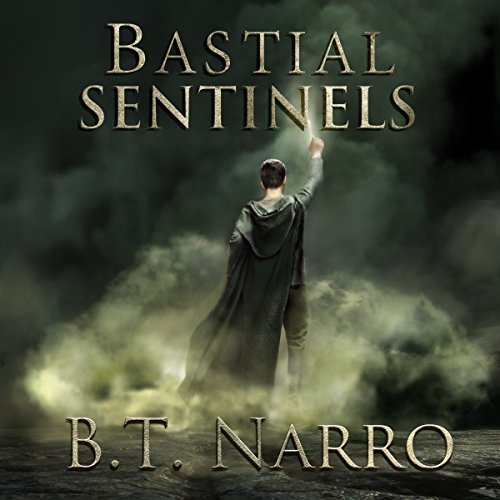 In this epic culmination of the series, Cleve returns to Greenedge in hopes of keeping the war from reaching his homeland. But he never expected what's happened in his absence. The four kings have been killed by an emerging army, displacing Jek and the Takarys - Cleve's only trusted allies. Desperate to find them, he turns to the very man responsible for their absence. Meanwhile, Jek faces the toughest challenge of his life when his king is murdered and he's forced to flee the land he's sworn to protect. Now with five armies at war, Jek struggles to understand who he should be fighting against, especially when his old friend Cleve is seen marching with known enemies. Whatever Jek decides, it had better be soon. The green fog of desmarls covers more of the continent each day. The man-eating monsters grow hungry, and their muscle far exceeds any of the five armies at war. 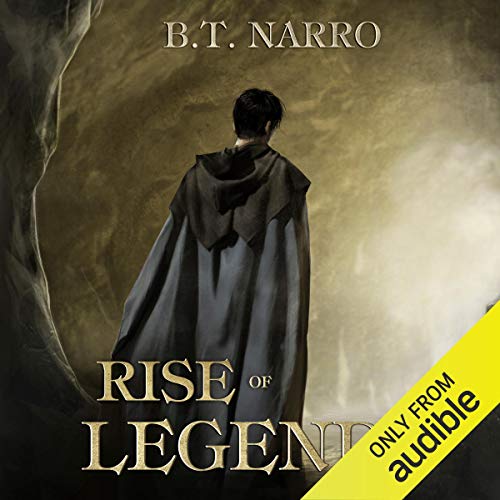 Rise of Legends (The Kin of Kings: Book 2)

Basen's unique skill with energy leaves him hunted by a psychic of legendary power. But that becomes the least of his troubles when an enemy army of unknown numbers, loyal to a murderous pretender to the throne, surrounds the Academy where Basen has honed his talents. As he begins uncovering the truth about his enemies, it does little more than show him how powerful they really are. But the most dangerous of all, the one who hunts him, will shock everyone by accomplishing something so diabolical, so utterly insane, no one would've guessed it was possible. 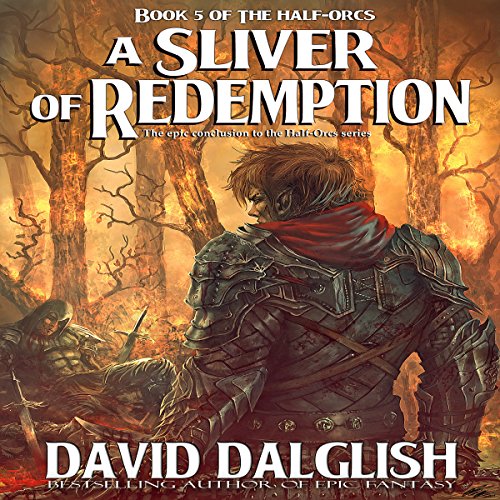 A Sliver of Redemption

Fantasy author David Dalglish continues his series of the half-orc brothers, whose struggles have bathed the land of Dezrel in demon fire....

The war god Thulos marches across the world of Dezrel, recruiting soldiers into his demon army and annihilating all who stand against him.

With the aid of three kings, Harruq Tun and his friends must save the nation of Mordan, whose priest-king has sworn to the dark god and will summon whatever nightmarish creatures necessary to maintain rule. Once freed, they can turn their attention east, to the war god's approach.

Before the walls of Mordeina, and high above in the golden city of Avlimar, the last survivors make their stand to stop a world of death and conquest.Â

A Sliver of Redemption by David Dalglish

The final battle has come.Â

About the author: David Dalglish currently lives in rural Missouri with his wife Samantha and daughters, Morgan and Katherine. He graduated from Missouri Southern State University in 2006 with a degree in Mathematics and spends his free time watching PBS and Spongebob Squarepants with his daughters. 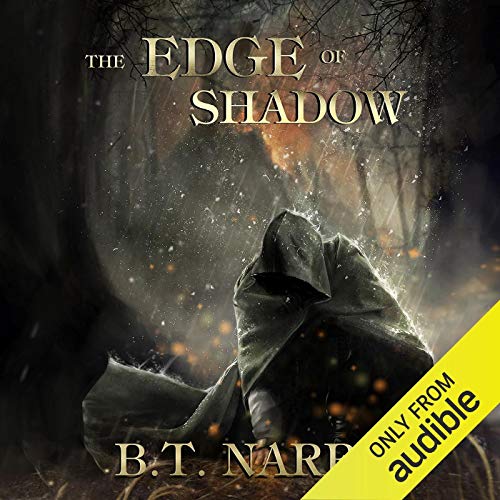 The Edge of Shadow

In this epic culmination of the series, a betrayal forces Basen and his allies out from the protective walls of the Academy. A ruthless army begins hunting them down with plans of extermination. When Basen is separated from everyone, he must rely on himself to stay alive until he can reunite Kyrro's Allies. His determination to not only survive, but to lead his army to victory, inspires a plan that will forever change the fate of Ovira. Now he just has to figure out how to implement it. 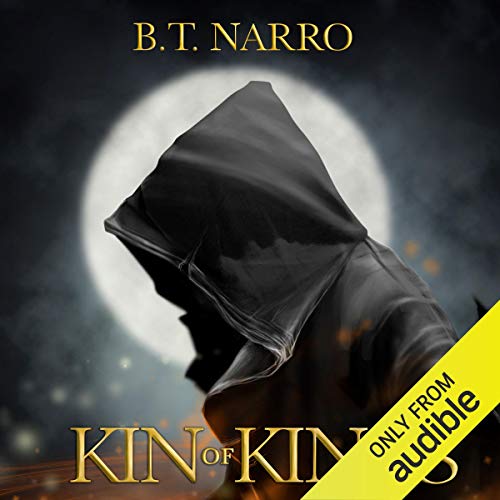 The first great war of Ovira is over, and the most hated king in centuries is dead, but his nephew still lives. However, Basen had nothing to do with the destructive war his uncle started. In fact it was his uncle who exiled him and his father to the territory of their enemies, where Basen's dreams of becoming a legendary mage now fade, as he must work all day just to eat. His only chance at regaining some semblance of the life he thought he would lead is to join an elite school that trains, houses, and feeds a thousand new young men and women each year. But little does Basen know that his determination will put him at the center of a war even bloodier than the one he'd barely managed to avoid. 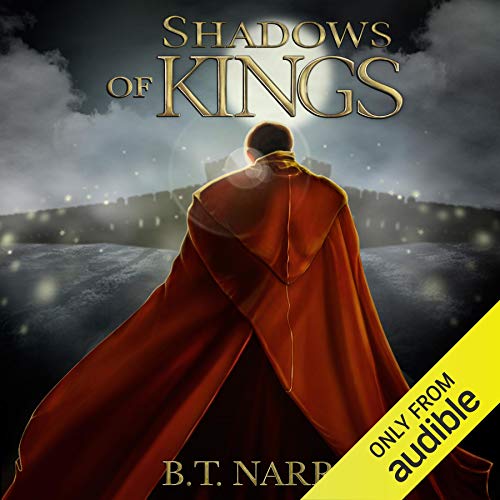 For many young mages like Basen, the Academy is more than just a place to learn the art of manipulating energy. It has become the only sanctuary in this unbalanced war, a symbol of resistance. But the Academy can't stand up to Tauwin's army much longer. As Basen and a group of allies take on the task of recruiting troops from other territories, he soon comes to find that no one is stupid enough to fight...no one except a fearsome horde of creatures more powerful and violent than they are smart. Basen begins leading them back to the Academy, only to realize there's a good reason humans have kept away from these creatures for centuries. On the other hand, Tauwin has problems of his own. His benefactor in this war arrives in Kyrro to claim what he was promised in exchange for his support: half of the territory. Sanya quickly assumes this benefactor to be the opportunity she needs to fix everything that has gone wrong in her life, planning to gain his trust and turn him against Tauwin by informing him of Tauwin's lies. But soon, she'll discover that this masked man, who's come to Kyrro with his own army, is even more dangerous than he appears. 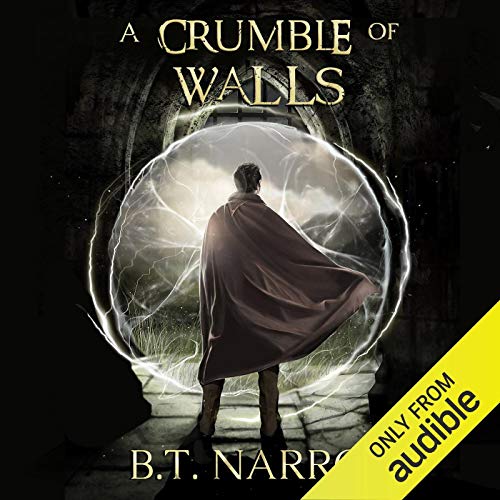 A Crumble of Walls

A midnight attack to the Academy leaves a wall in rubble and deepens the cracks in the already unstable alliances within the school. But for Basen, there are more important matters than the grabs for political power going on around him. His mother's still rotting away in prison, and his father might kill Basen's cousin for putting her there. On top of that, Basen's recent promise to a powerful psychic allows him only a few days before he must return to Merejic for a task that remains a mystery. Determined to free his mother and turn his obligation to the psychic into an opportunity, Basen comes to a risky plan in which he'll need the help of those he trusts the most. But little does he know that his friends and family won't be enough to get him out of this alive. He will have to rely on an enemy more powerful than himself.