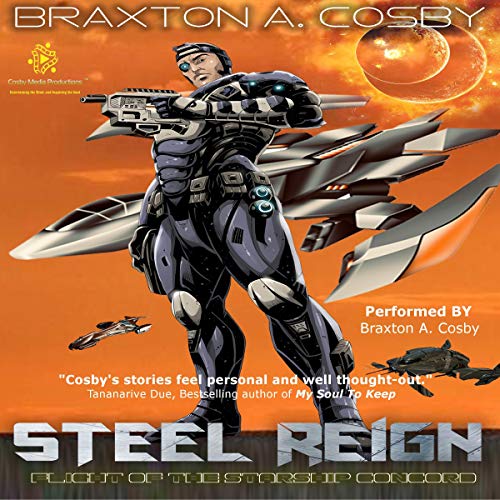 A thief turned spy, turned bounty hunter, turned hero!Â  After surviving an all-out implosion of catastrophic proportions following the failed fusion of twin stars Mira A and B in a class B Supernova, the people of galaxy Proxima Centauri have pressed forward with dreams and hopes of finally living in peace. But for Bounty Hunter Steel Reign, the clock of destiny is speeding ahead at a steadfast pace as he desires to hunt down a group of rogue super-soldiers before they can plot against King William Derry and his kingdom on planet Fabricius. Consistent work as a Hunter in Proxima Centauri has always been a feast or famine occupation, and when the flow of credits slow to a snail's pace, Reign must find a secondary means of funding to finance his seek and destroy assignment by way of scalping a precious artifact on the open Black Market. That is, until his supplier comes up short, forcing him to pump the brakes and fall back to Plan B: Finding his long lost sister Olia who was captured by the space pirate Forge, and forced to compete in a deadly game of chance aboard the Eclipse. And if that wasn't bad enough, the stakes have just been raised when he discovers that she is the only source of an antibody that can offer a cure for the deadly, venomous DX virus lurking in his blood, just waiting to consume him. To survive, Reign will have to test not only his skills as a legendary assassin, but also his patience, as he takes on a rogue band of misfits to steal and crew the prototype starship Concord to thwart Forge's plans once and for all. 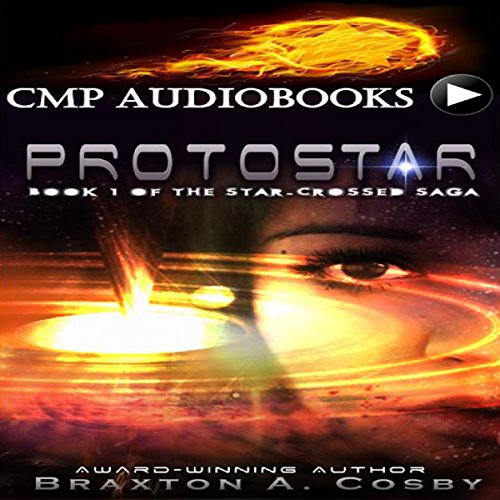 What would you choose: love or duty? As the Torrian Alliance continues its age-old mission of hunting down Star Children, King Gregorio Derry reluctantly agrees to send his only son, William, to planet Earth on a mission to bring honor back to the royal family name. The target: Sydney, a young teenage girl unaware of her alien heritage. When an unforeseen accident delays the assassination, William begins to realize he is forming a connection with Sydney, and he struggles to follow through with his orders. With the fear of civil war imminent back home, William must make the ultimate choice between his irrevocable duty and love, sacrificing everything he believes. But as a hidden menace emerges to secure a vested interest and impossible odds begin to mount against them, William and Sydney wonder if a connection between two star-crossed lovers is enough to save them from destruction. 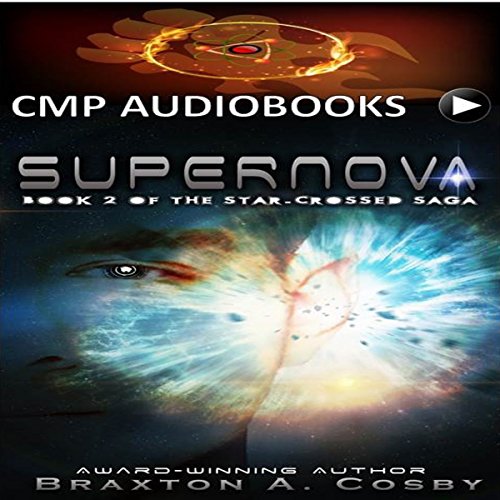 Supernova (Book 2 of The Star-Crossed Saga)

What you choose becomes you. Against everything he had known as truth, William has made the choice to protect Sydney from the forces seeking to destroy her. Just as these two Star-Crossed lovers are beginning to explore their relationship and search for answers to the mysteries of Sydney's existence, she advances to the next stage of her Star-child evolution - Supernova. She struggles not only to control her new powers, but also the emotions for her new love. William seeks to find the truth behind Sydney's erratic behavior, while overcoming the new threat headed to Earth to destroy them. With new villains and old allies on the horizon, and chaos brewing on William's home world, will self-sacrifice prove to be the only way for him to achieve victory and defend his love, or is there another way? 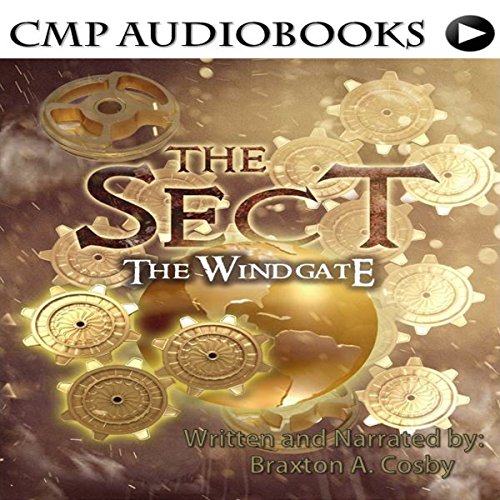 The Sect: The Windgate

When Ziv is recruited by the secret society known as The Sect, he finds himself cast into a perilous journey of identity, love, and hope. As a conduit, Ziv possess the ability to see creatures of the night: demons. The Sect trains him along, with two other trainees, to be a warrior of light. They confront the challenges of the treacherous Quad in order to control their fear and hone their abilities. As an untimely love triangle emerges, Ziv must control his emotions and chase down the evil Akabod before he can destroy The Windgate and banish the entire planet into enslavement by the underworld.