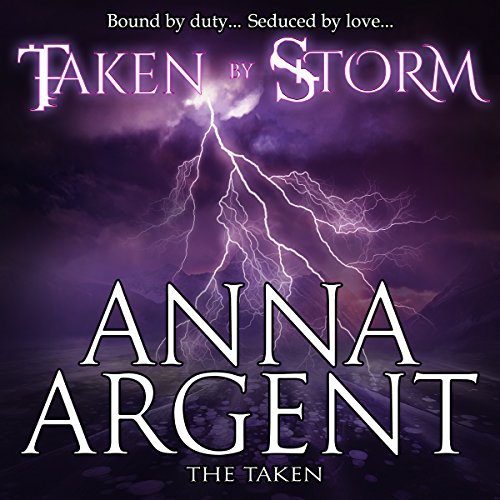 Isa Telwyn always thought she was normal-ish. Sure, she can taste lies and has dreams filled with impossibly beautiful places that don't exist, but who doesn't have a quirk or two? It's not like it interferes with her quiet life as a small-town librarian.Â

As a storm closes in on her sleepy home town, her normal life is knocked sideways by a godlike warrior who is the stuff of dreams. The ridiculous claim he offers - that she is an empress who is the only hope for her subjects on some distant world - feels true. At least he believes it.Â

But as the sexy, honorable warrior rips apart her normal life and drives her toward her destiny, she realizes life as an empress is not exactly the cushy job Hollywood had led her to believe. Darkness and danger lurk inside the palace walls, haunting her at every turn.Â

Warrian is a man of honor, sworn to protect the last of the imperial line, no matter how feisty and unruly she may be. His mission on Earth was supposed to be simple: find the empress and bring her home. But his superiors had not taken into account the willful, beautiful woman who was raised with strange human ideas - like that she should have some kind of choice in the life she leads. As he soon learns, when the empress is involved, even the most honorable man is tempted - though whether to kiss her or throttle her, he's not sure.Â

Torn between two worlds, bound by their sense of duty, and caught in a maelstrom of forbidden love, their time is running out. The storm is closing in, and Isa and Warrian must act fast if they are to have any hope of saving the two worlds they love from utter destruction.