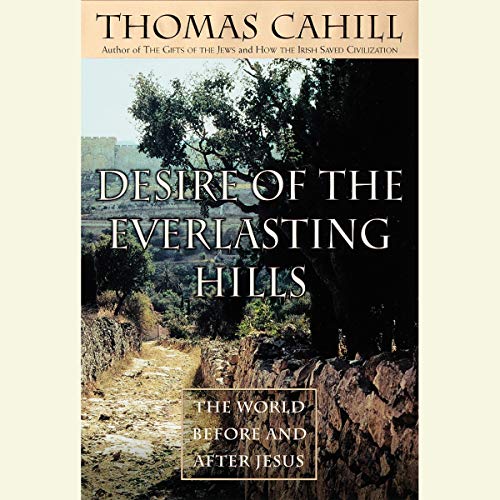 Desire of the Everlasting Hills

From the best-selling author of How the Irish Saved Civilization and The Gifts of the Jews, his most compelling historical narrative yet. How did an obscure rabbi from a backwater of the Roman Empire come to be the central figure in Western Civilization? Did his influence in fact change the world? These are the questions Thomas Cahill addresses in his subtle and engaging investigation into the life and times of Jesus.Â  Cahill shows us Jesus from his birth to his execution through the eyes of those who knew him and in the context of his time - a time when the Jews were struggling to maintain their beliefs under overlords who imposed their worldview on their subjects. Here is Jesus the loving friend, itinerate preacher, and quiet revolutionary, whose words and actions inspired his followers to journey throughout the Roman world and speak the truth he instilled - in the face of the greatest defeat: Jesus' crucifixion as a common criminal. Daring, provocative, and stunningly original, Cahill's interpretation will both delight and surprise.