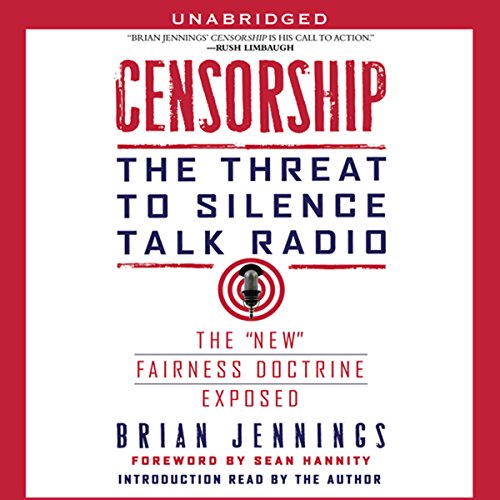 A look inside the fairness doctrine and its impact on politics and free speech in American talk radio, with an introduction by the author. Brian Jennings is one of nation's top talk radio programmers who served as national vice-president of Talk Programming for Citadel Broadcasting, one of the nation's largest radio companies, for over a decade and served as programming head to over 40 radio stations nationwide. According to Talker's magazine, he is also one of the founding fathers of the conservative talk radio format. Nominated five times as a national talk radio executive of the year by Radio and Records magazine, Jennings is also a national award-winning journalist.