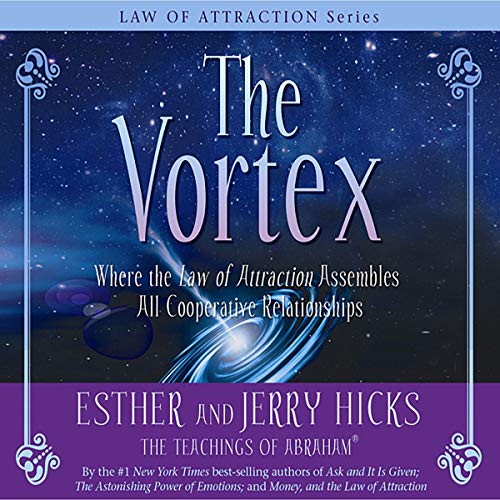 This audiobook uncovers a myriad of false premises that are at the heart of every uncomfortable relationship issue and guides you to a clear understanding of the powerful creative Vortex that has already assembled the relationships that you desire. Abraham will show you how to enter that Vortex, where you will rendezvous with everything and everyone you have been looking for. Abraham says: "It is our desire to help you to solve the mystery of those seemingly impossible relationships; to sort out the details of joyously sharing your planet with billions of others; to rediscover the beauty of your differences; and, most of all, to reestablish the most important relationship of all: your relationship with the Eternal, Non-Physical Source that is really you. "It is our desire that you experience an enhanced appreciation of your planet; your body; your family; your friends; your enemies; your government; your systems; your food; your finances; your animals; your work and your play; your purpose; your Source; your Soul; your past, your future, and your present...." 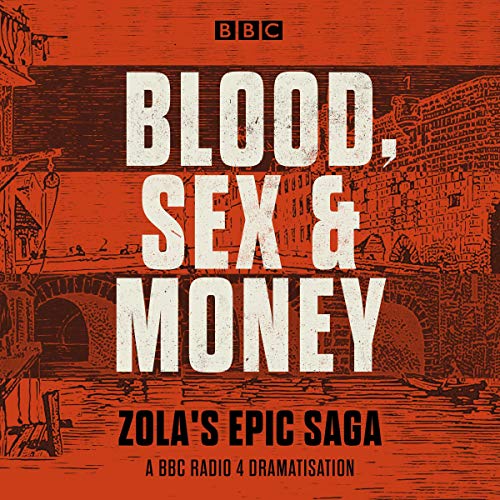 Glenda Jackson stars in this award-winning BBC Radio series, inspired by literature's greatest ever whistleblower, Émile Zola, and his epic saga of the Rougon-Macquart family. First published between 1870 and 1893, Émile Zolas 20-book cycle chronicling four generations of the Rougon-Macquarts, was a shocking exposé of the decadence, degradation, and moral decay of 19th-century France. It included some of his greatest novels, among them his masterpiece, Germinal. These innovative, ambitious dramas, first broadcast on Radio 4 over 24 hours in 2015-16, is a radical reimagining of Zolas classic series, introducing us to 104-year-old matriarch, Dide, imprisoned in an asylum in southern France. Trapped, but omniscient, she broods over her family of wolves. As a young woman, she gave birth to two dynasties that exemplified French society. One legitimate  rich, powerful, obsessive and corrupt. The other illegitimate  poor, vulnerable, weak and depraved. In these three seasons, themed around blood, sex and money, we come to know the members of her extended family intimately  the good, the bad and the misguided. As we follow their highs and lows, we are taken deep into the heart of Frances Second Empire, and drawn into the tragic, farcical reign of Napoleon III, as it marches forward towards a modern, industrialised society. This groundbreaking series won Best Drama at the BBC Radio and Music Awards 2016, and Best Adaptation at the BBC Audio Drama Awards 2017, and boasts a star cast including Robert Lindsay, Julie Hesmondhalgh, Holliday Grainger, Samuel West, Anna Maxwell Martin, Paul McGann, Georgina Campbell, Jack Lowden and Alison Steadman. Also included is a 30-minute bonus programme, The Life and Work of Émile Zola, in which Glenda Jackson travels to Paris to discover how Zolas experience and the physical and cultural landscape in which he lived influenced his great novels. Written by Émile Zola Dramatised by Dan Rebellato, Oliver Emanuel, Martin Jameson and Lavinia Murray Produced and directed by Pauline Harris, Polly Thomas, Kirsty Williams, Nadia Molinari and Gary Brown Executive Producer: Melanie Harris Series Producer: Susan Roberts Sound designer: Eloise Whitmore 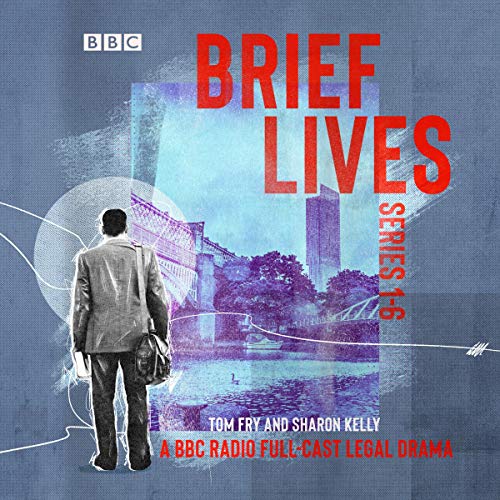 The first six series of the popular radio drama set in a Manchester legal practice, starring David Schofield. Frank Twist and Sarah Gold lead a maverick team of freelance paralegals operating in the mean(ish) streets of Manchester. Their agency operates 24 hours a day, seven days a week, dispatching legal representatives to set free burglars, muggers and even some innocent people who find themselves on the wrong side of a cell door. Frank and Sarah have a history, and a child, but now their relationship is purely business, and in these 30 episodes, they and their colleagues deal with cases ranging from shoplifting to attempted murder. Among their clientele are a suspected rapist, a young teacher accused of having an affair with a sixth-former, a girl arrested for assaulting a police officer and a local councillor whos been caught selling drugs. In addition, Sarah and Frank themselves become the subjects of police interest when theyre called into Manchester Central for questioning - and thats just the start of their Kafkaesque journey.... Created by Tom Fry and Sharon Kelly, these gripping dramas combine complex crime stories with witty humour. David Schofield stars as Frank Twist, with Gina Bellman, Tracy-Ann Oberman, Kathryn Hunt and Caroline Burns Cooke as Sarah Gold. Written by Tom Fry and Sharon Kelly, Elizabeth Heery (Series 4 Episode 3, Series 5 Episode 4), Eve Steele and Ed Jones (Series 4 Episode 4), Eve Steele (Series 5 Episode 2), Lizi Patch (Series 6 Episode 2), Nuala OSullivan (Series 6 Episode 4). Produced and directed by Susan Roberts (Series 1), Gary Brown (Series 2-6) Music by Carl Harms. 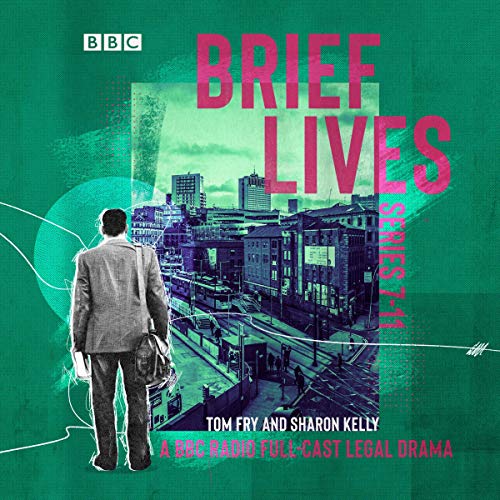 Series 7-11 of the BBC radio drama about Frank Twist and his team of legal eagles, starring David Schofield. Frank Twist and Sarah Gold run The Agency, a paralegal firm based in sunny Manchester. With the help of their team of freelancers, they operate a round-the-clock advice service, going into police stations across the North West to offer help and support to those in custody. In these 26 episodes, their clients include the good, the bad and the ugly: from a teenager pulled in for texting an indecent photo of his girlfriend, to a man detained for suspected arson at a primary school. Theres also the high-powered lawyer and her daughter caught with drugs after a house party, the naked young woman arrested for protesting against the fur trade, the judge accused of rape, the football hero with feet of clay and the local gangsters son who gets into some serious trouble. On top of the challenges they face professionally, Frank and Sarah must also navigate their problematic personal lives. Recovering from a stroke, Frank is preparing to make a momentous decision about his future, and his complicated relationship with Sarah comes under further strain when buried truths are brought to light.... Witty, sharp and full of twists, Tom Fry and Sharon Kellys thrilling legal drama stars David Schofield as Frank, with Kathryn Hunt and Sally Dexter as Sarah. Created by Tom Fry and Sharon Kelly. Written by Tom Fry and Sharon Kelly, Nuala OSullivan (Series 7 Episode 2), Lizi Patch (Series 7 Episode 4), Philip Meeks (Series 8 Episode 2, Series 10 Episode 4), Michael Livesey (Series 8 Episode 5, Series 11 Episode 3). Produced and directed by Gary Brown. Music by Carl Harms. Starring David Schofield as Frank Twist. 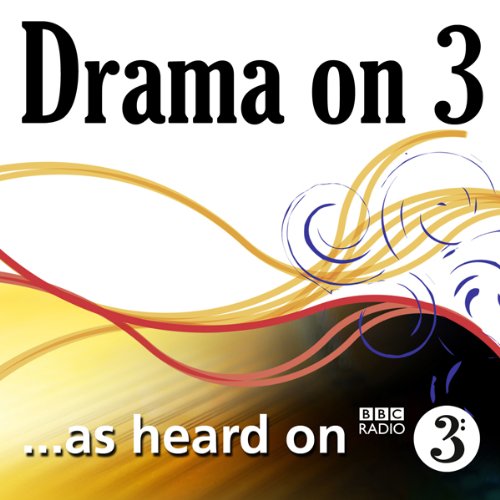 A BBC Radio 3 production from the 'Drama on 3' series exploring the idea of a fascism of the mind. Nigel is bored. But then he meets the glamorous Liv and Tony and becomes part of their beautiful world; a beauty that hides a disturbing secret David Eldridge's The Secret Grief stars Paul Chequer as Nigel, Frances Barber as Liv, and David Schofield as Tony. Also featured amongst the cast are Struan Rodger, Alex Tregear, Stuart McLoughlin and Nyasha Hatendi. 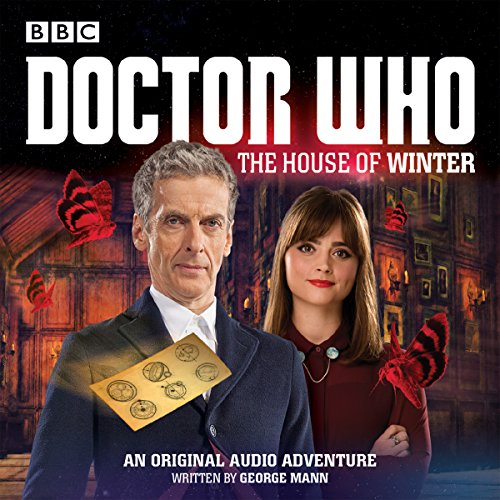 Doctor Who: The House of Winter

David Schofield reads this exciting original adventure featuring the 12th Doctor and Clara, as played by Peter Capaldi and Jenna Coleman in the BBC TV series.

The Doctor and Clara are called to a mysterious, isolated house on a moonlet in the Asurmian Reach. There they meet the inscrutable Justin Winter and his two assistants, Joey and Carenza. Winter has called for the Doctor's help: he and his friends are trapped in the house, all exits having long ago been sealed.

When even the TARDIS proves unable to dematerialise, the Doctor and Clara quickly realise they are as much prisoners as their new acquaintances. Strange blood moths fly around their heads, and there's a strange whispering and rustling from the shadows of the house's interior. As tensions rise, the Doctor struggles to engineer a way out - and a staggering series of revelations are about to be made.

David Schofield, who plays Odin in the Doctor Who Series 9 episodes The Girl Who Died and The Woman Who Lived, reads this thrilling original adventure by George Mann, part of the Tales of Winter quartet of stories. 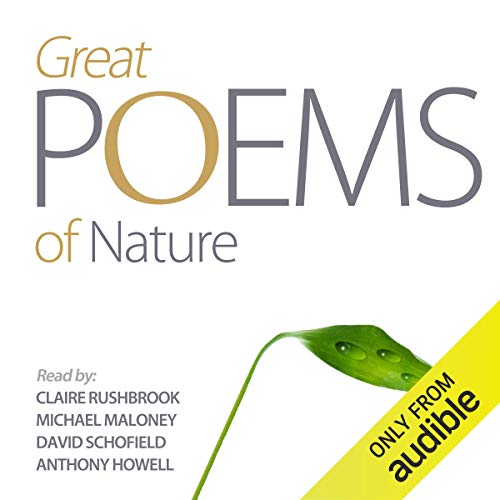 An anthology of over 40 classic nature poems, read by some of our finest actors. The majesty of nature has always inspired poets, and this collection contains a selection of the very best verses praising the natural world. There are poems celebrating the seasons (Robert Browning's 'Home Thoughts from Abroad', Shakespeare's 'Blow, Blow Thou Winter Wind' and Gerald Manley Hopkins' 'Spring'), the sweetness of birdsong (Keats' 'Ode to a Nightingale', Thomas Hardy's 'The Darkling Thrush', and Shelley's 'To a Skylark'), the simple beauty of plants and flowers (Wordsworth's 'I Wandered Lonely as a Cloud', A. E. Housman's 'Loveliest of Trees', 'The Cherry Now', and Andrew Marvell's 'The Garden'), and the melancholy and wild mystery of nature (Rudyard Kipling's 'The Way Through the Woods', Yeats' 'The Lake Isle of Innisfree'). Evocatively read by Anthony Howell, Claire Rushbrook, David Schofield and Michael Maloney, these poems are sure to induce a sense of wonder.