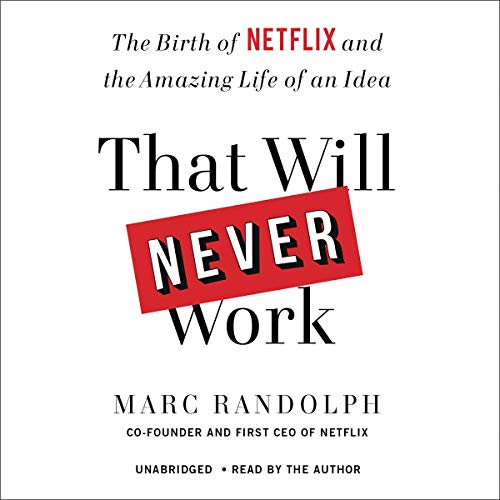 That Will Never Work

In the tradition of Phil Knight's Shoe Dog comes the incredible untold story of how Netflix went from concept to company - all revealed by cofounder and first CEO Marc Randolph.  Once upon a time, brick-and-mortar video stores were king. Late fees were ubiquitous, video-streaming unheard of, and widespread DVD adoption seemed about as imminent as flying cars. Indeed, these were the widely accepted laws of the land in 1997, when Marc Randolph had an idea. It was a simple thought - leveraging the internet to rent movies - and was just one of many more and far worse proposals, like personalized baseball bats and a shampoo delivery service, that Randolph would pitch to his business partner, Reed Hastings, on their commute to work each morning.  But Hastings was intrigued, and the pair - with Hastings as the primary investor and Randolph as the CEO - founded a company. Now with more than 150 million subscribers, Netflix's triumph feels inevitable, but the 21st century's most disruptive start-up began with few believers and calamity at every turn. From having to pitch his own mother on being an early investor, to the motel conference room that served as a first office, to server crashes on launch day, to the now-infamous meeting when Netflix brass pitched Blockbuster to acquire them, Marc Randolph's transformational journey exemplifies how anyone with grit, gut instincts, and determination can change the world - even with an idea that many think will never work.  What emerges, however, isn't just the inside story of one of the world's most iconic companies. Full of counterintuitive concepts and written in binge-worthy prose, it answers some of our most fundamental questions about taking that leap of faith in business or in life: How do you begin? How do you weather disappointment and failure? How do you deal with success? What even is success?  From idea generation to team building to knowing when it's time to let go, That Will Never Work is not only the ultimate follow-your-dreams parable, but also one of the most dramatic and insightful entrepreneurial stories of our time. 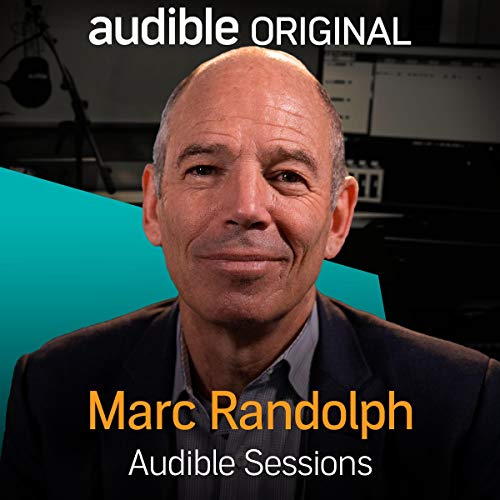 Joining us at Audible Studios is founder and CEO of Netflix Marc Randolph, who has founded over eight companies and is a serial entrepreneur. Randolph's Netflix journey began alongside his friend Reed Hastings in 1997, when they decided to give mail-order DVDs a try. Randolph, having picked up marketing and other tricks of the trade through previous roles, designed the original user interface and spent the first year of Netflix testing different designs to create the perfect business model for customer satisfaction. After a few years, Randolph moved on to other businesses, being enthralled by the start-up phase of business and wanting to concentrate on that. Of course, he hasn't cut ties with Netflix and is amazed at what a success it is today.  Randolph has been a mentor and board member of projects such as MiddCORE and Looker Data Sciences since 2002 and is also the Entrepreneur in Residence for High Point University and its Belk Entrepreneurship Centre, hoping to inspire a new generation of serial entrepreneurs.  Randolph is currently a keynote speaker who focuses on entrepreneurship but also on leadership and innovation. He travels the world speaking about his Netflix experience and sharing the lessons he has learned from start-up investments.  We spoke to Marc Randolph about the part he played in one of most influential and disruptive streaming services of today, his love on entrepreneurship and innovation, his journey of sharing the trials and tribulations that go alongside most start-ups and his first book that shares his story: That Will Never Work.